They can’t agree on anything! White House releases jokey video of staff – including Ivanka and Mike Pence – trying to settle the ‘Yanny vs Laurel’ debate, while Trump declares ‘all I hear is covfefe’

The never-ending Yanny vs Laurel debate has reached the White House.

Donald Trump’s staff have released their own video trying to settle the question that has been on America’s mind since a YouTube clip went viral earlier this week.

Ivanka Trump is the first to appear on screen, listening to the quick audio clip before declaring ‘It’s so clearly Laurel’. 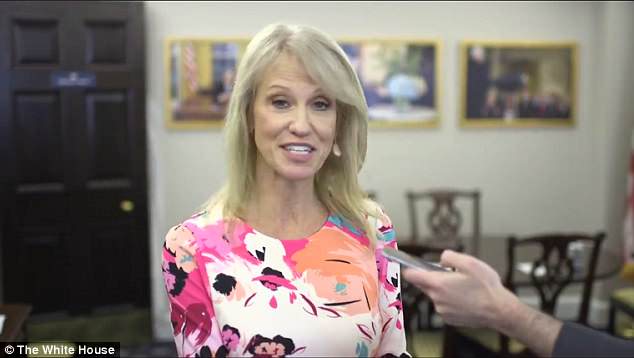 ‘It’s Laurel, but I could deflect and divert to Yanny if you need me to,’ Kellyanne Conway says with a smirk in the clip

‘It’s Laurel, but I could deflect and divert to Yanny if you need me to,’ Kellyanne Conway says with a smirk.

But there are also plenty of White House staffs who only hear Yanny, including strategic-communications director Mercedes Schlapp.

‘Yanny’s the winner, Laurel’s the loser,’ she confidently declares. 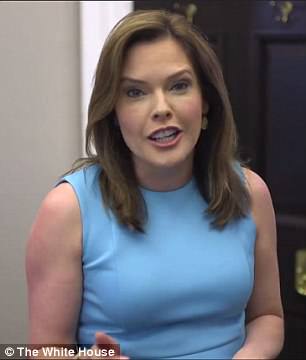 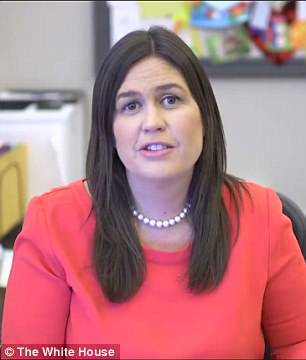 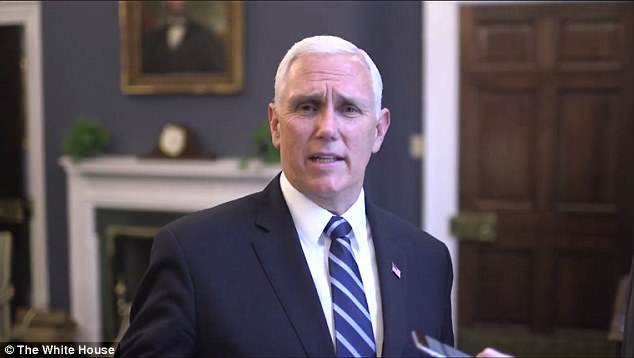 Vice President Mike Pence even made an appearance in the clip, simply asking ‘Who’s Yanny?’

‘Sarah it’s been reported that you hear Laurel, how do you respond?’ the man behind the camera asks Sanders in the video.

‘Clearly you’re getting your information from CNN, because that’s fake news,’ she jokes. ‘All I hear is Yanny.’

Even Mike Pence gets in on the fun, asking the camera ‘Who’s Yanny?’

But the grand finale is Trump himself, who is filmed sitting behind his desk in the Oval Office.

‘I hear covfefe,’ he declares, referencing the strange tweet he sent out at 3am last year that became a viral sensation of its own. 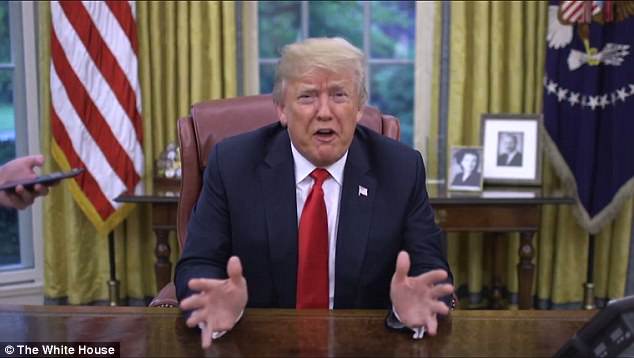 But the grand finale is Trump himself, who is filmed sitting behind his desk in the Oval Office as he declares ‘I hear covfefe’