Home » World News » Who was Donald Rumsfeld and what was his cause of death? 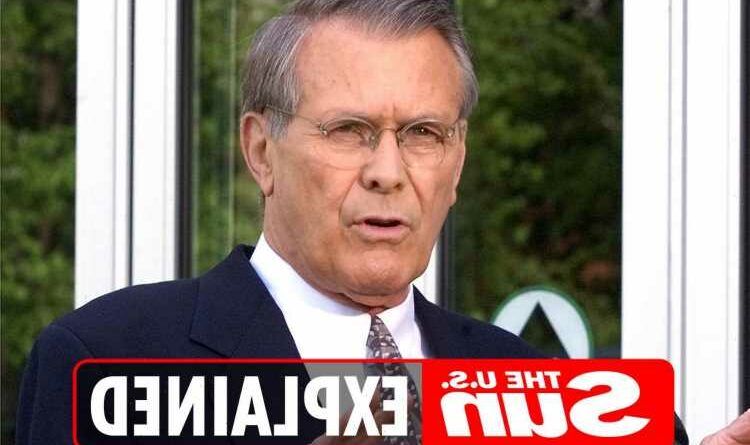 He spent nearly six decades in politics before his passing. 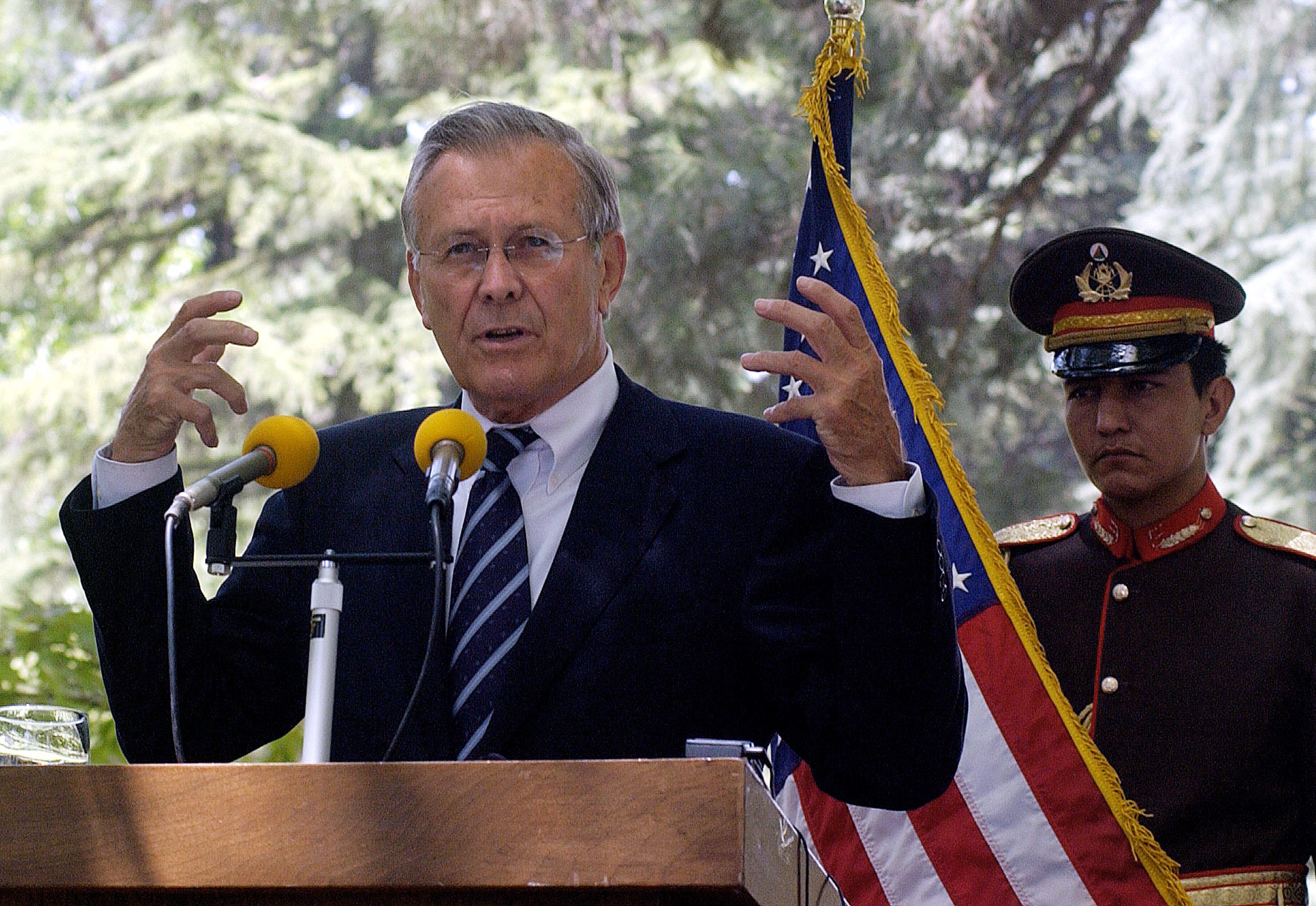 Who was Donald Rumsfeld?

Donald Rumsfeld served as Secretary of Defense from 1975 to 1977 under Gerald Ford, and again from January 2001 to December 2006 under George W. Bush.

He was both the youngest and the second-oldest person to serve in the Secretary of Defense role.

Rumsfeld was working in the White House during 9/11 and it's aftermath. He oversaw Pentagon’s response and its initial attack on al-Qaida bases in Afghanistan.

From there, he became a key decision maker during the Iraq War, turning the Pentagon’s attention to Iraqi dictator Saddam Hussein in 2002. 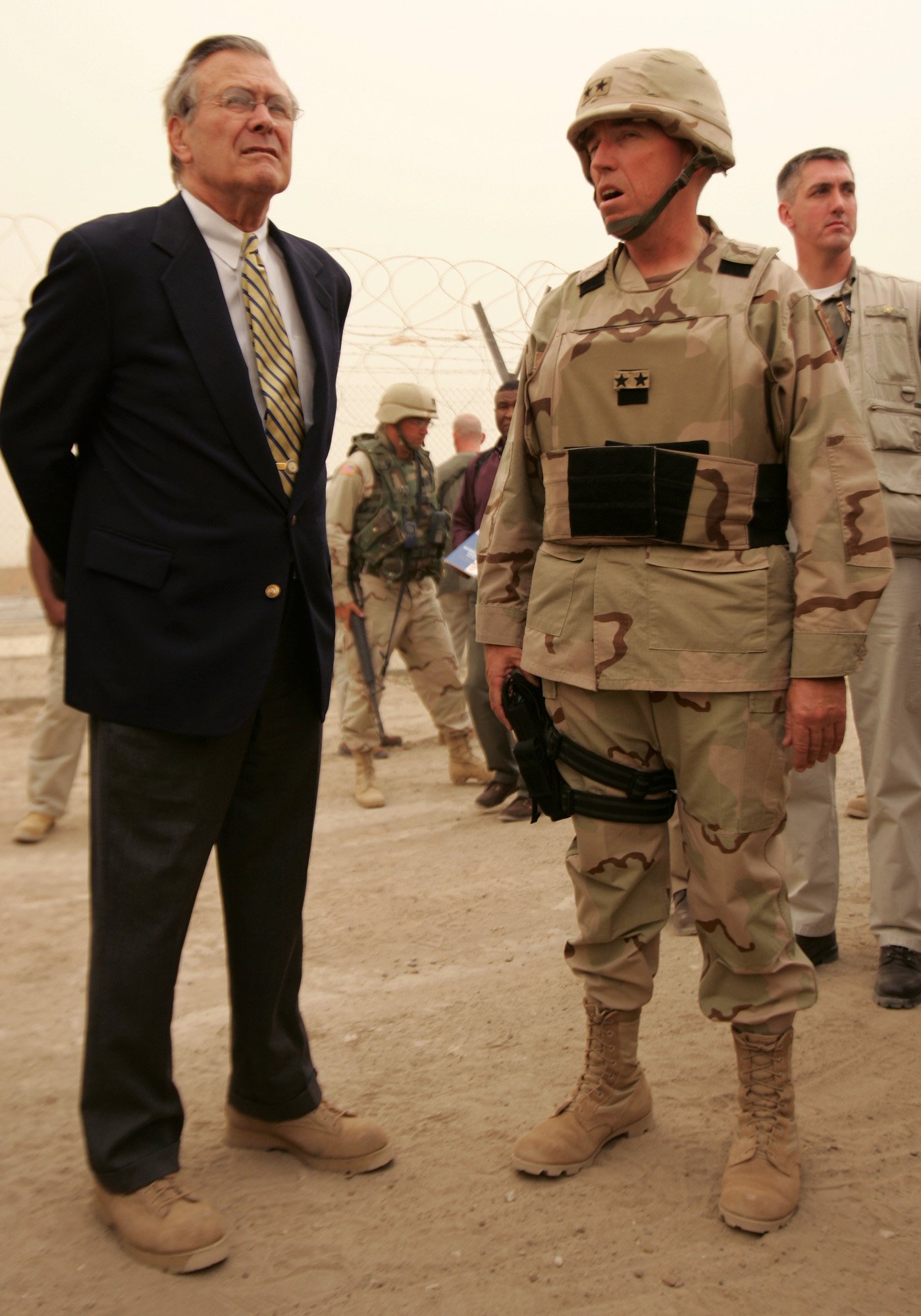 In 2003, forces invaded Iraq to prevent Hussein from launching attacks with weapons of mass destruction.

This prompted a guerrilla war in the country after none were found.

Bush fired Rumsfeld in 2006, following thousands of deaths of US troops as well as Iraqi and Afghani civilians.

What was his cause of death?

Rumsfeld's family confirmed the news of his death in a statement, writing:

"It is with deep sadness that we share the news of the passing of Donald Rumsfeld, an American statesman and devoted husband, father, grandfather and great grandfather," it read.

"History may remember him for his extraordinary accomplishments over six decades of public service, but for those who knew him best and whose lives were forever changed as a result, we will remember his unwavering love for his wife Joyce, his family and friends, and the integrity he brought to a life dedicated to country." 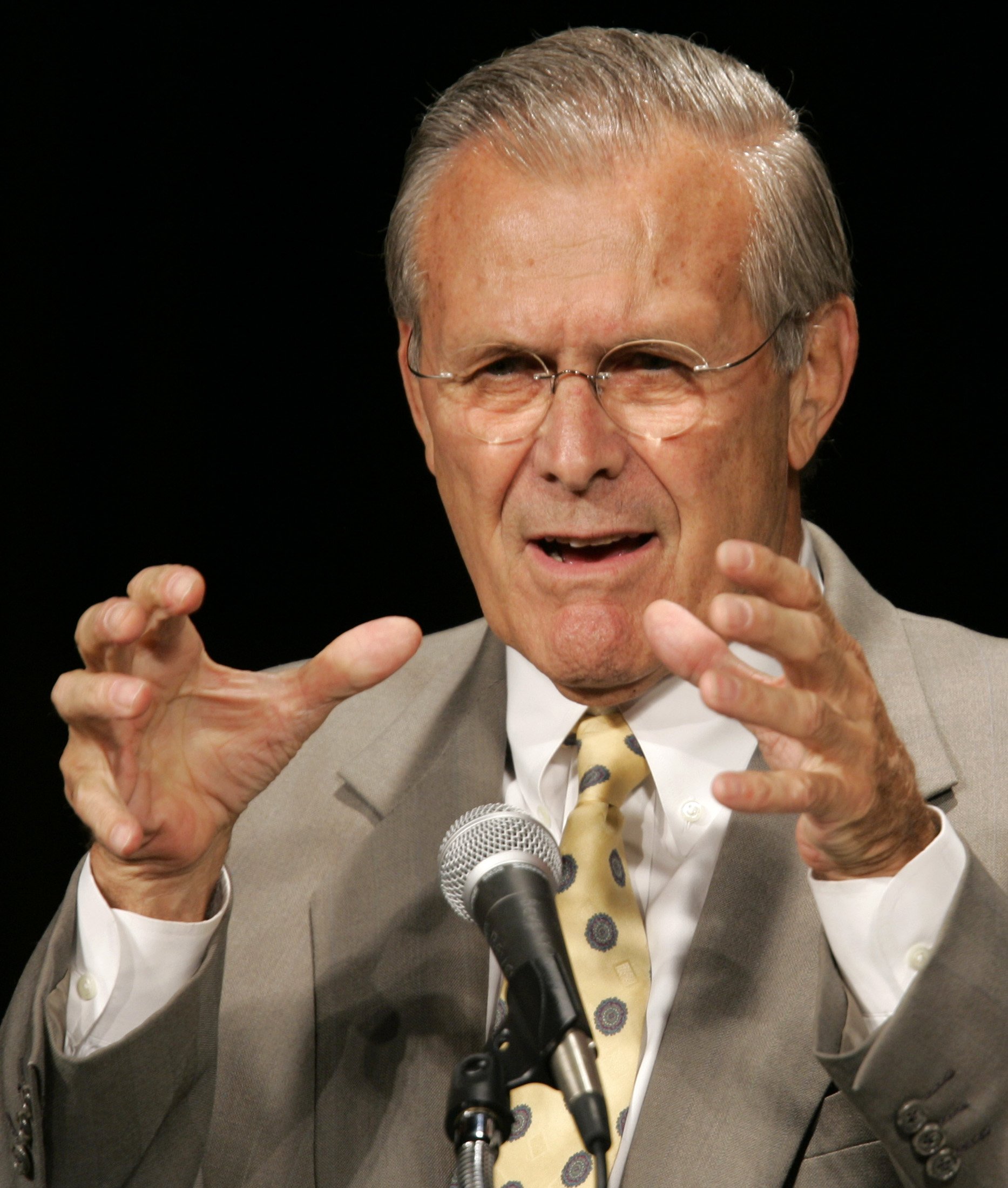 The statement confirmed that he passed away "surrounded by family" in Taos, New Mexico.

He was 88 years old at the time of his death. The cause of his passing is currently unclear.

What did social media say about Donald Rumsfeld's death?

Twitter users weighed in on the news of Rumsfeld's passing on the platform.

One user passionately tweeted: "Donald Rumsfeld being described as 'a visionary' makes me sick. The man was a war monger, a murderer, an imperialist. He is responsible for the deaths of tens of thousands and the displacement of millions more."

"Our country lost a great man today. #DonaldRumsfeld was a brilliant thinker and a humble servant leader. We offer our deepest condolences to his family," one wrote.

"Donald Rumsfeld, one of the biggest and most serious war criminals of the past and current century, never saw justice. Given all the chances in the world by a fawning media, he never once showed any sign of remorse or guilt," a user uploaded.