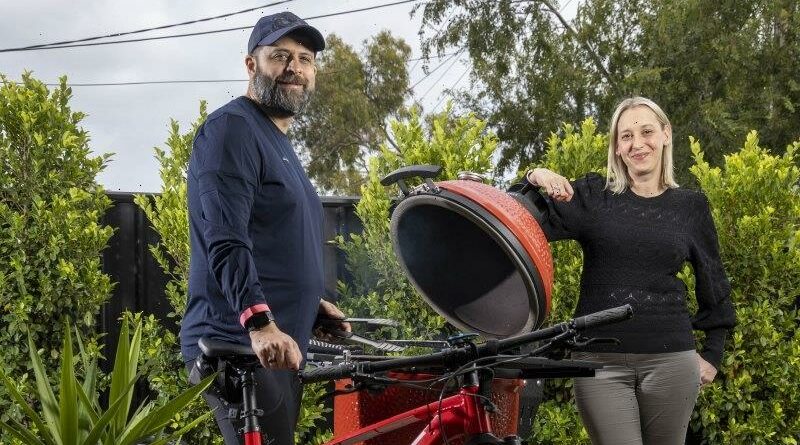 Employees who drove to work pre-pandemic have saved thousands of dollars while working from home. But as businesses start recalling workers to the office over coming weeks, employees may find the cost of their commute has risen.

The latest national inflation figures show transport costs jumped 12.5 per cent in the December quarter, compared with the same time in 2020. 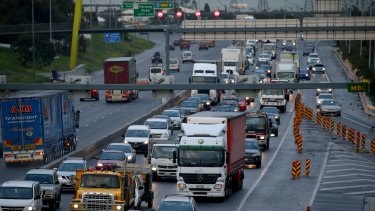 Narional fuel prices increased 32.3 per cent in the year to December 2021, and have climbed further since.Credit:Pat Scala

Victorian Treasurer Tim Pallas flagged on Friday that the state’s remaining COVID restrictions, including indoor mask mandates and the work from home recommendation, would be further eased or removed within a week, giving the green light to businesses to require workers to turn up in person.

Those planning to drive to work are in for a price shock, with ABS stats showing fuel prices climbed 32.3 per cent in a year to December.

While the cost of running a car has surged, public transport costs in Melbourne only increased a fraction since the start of the pandemic. After a freeze on prices in 2021, this year the cost of public transport rose by 2.3 per cent, or an extra 20 cents to daily metropolitan fares.

However, the latest Melbourne transport data shows the public is still shunning public transport with usage trailing well behind the city’s main roads.

Staring down the cost of returning to the office has triggered some big decisions for the Butcher family, from Altona North.

Pre-pandemic, dad Chris, a designer, travelled to the CBD between four and five days a week, using trains and rideshare services to get to and from the office. Wife Eva drove the family’s car 20 kilometres each way to Hawthorn – sometimes spending up to three hours a day in traffic – three to four days a week to her job at a chartered accounting firm.

The family have pocketed thousands in savings associated with commuting over the past two years while working from home, and even have some goodies to show for it.

With the $30 a week he saved from not buying take-away coffees, Chris bought himself a barbecue and some cycling gear. 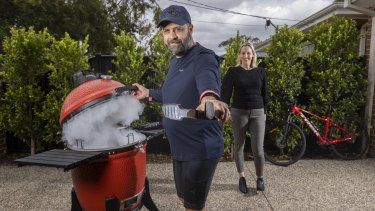 Chris Butcher bought a BBQ and bike gear with the money he saved on buying coffee in the city.Credit:Wayne Taylor

The 42-year-old isn’t looking forward to returning to the office. Aside from the money saved, Mr Butcher says the time he’s gained with his two young children has been invaluable.

“I’ve got time to spend with my kids more. My daughter was one [year old] when I started working from home, and it’s been great seeing the kids grow up,” he said.

Meanwhile, mum Eva changed jobs entirely, starting this week as an accountant at a kindergarten. Her new gig has a flexible, permanent work from home policy and is just 10 minutes drive from home.

Although the move involved a pay cut, Ms Butcher said factoring in the costs of travel, childcare, and loss of time associated with her previous role meant the decision was a no-brainer.

“I just thought, ‘I just don’t want to do this any more three hours a day stuck in traffic when I could be spending quality time with my family’,” she said.

“Once you’ve seen an alternative, you think ‘that’s madness, who would go back to that?’”

In Victoria, the current average fee for childcare is $113 per day according to comparison website Care For Kids. Of the centres that raised prices last year, the average increase was 7.63 per cent, or $5.80 a day.

The Australian Automobile Association, which tracks transport costs, estimates that in Melbourne the average portion of income going on transport has jumped from 14.8 per cent in early 2020, to 16.4 per cent in September 2021.

The association’s figures show the biggest cost increase to car ownership was car loan repayments, costing about $38.50 more per week in the September quarter last year compared to the January 2020 quarter before the pandemic began.

The only cost associated with commuting by car that has reversed during the pandemic is city parking, according to peak body Parking Australia.

While private operators do not publicise average parking cost data over time, CEO Stuart Norman said Melbourne CBD daily prices were “much lower now” compared to before the pandemic because operators were competing for customers.

But car parking prices are linked directly to demand, so are subject to change as drivers return to the CBD.

A spokesman for the Department of Transport said data showing the volumes on public transport and road use data did not track users purpose of the trip, and therefore it was difficult to know how many people were travelling to work by car, rather than taking public transport.

“As we continue our path through the pandemic, real-time information, deep cleaning, extra services and the mask mandate are continuing to provide Melburnians with the public transport choices they deserve,” he said.