Wife stands by former US wine firm boss, 45, who tried to strangle her in psychotic rage as he is detained in secure unit

A former director of an international wine company tried to strangle his wife in a psychotic rage, a court heard.

Rufus Weston, 45, knocked Erica Weston to the floor and put his hands around her neck at their West London home on 25 April last year.

He then grabbed a fishing knife before trying to strangle her a second time. Police arrived within the hour and found her with severe injuries to the scalp. 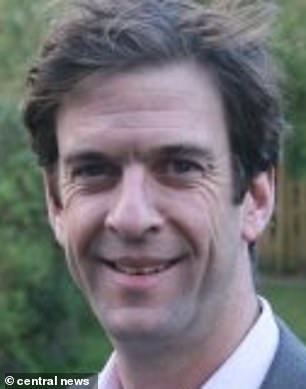 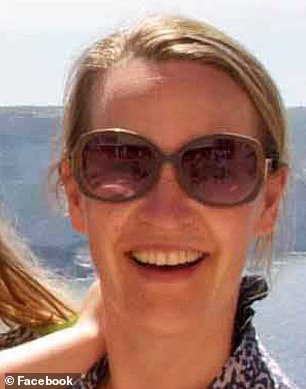 Rufus Weston, 45, (left) knocked Erica Weston (right) to the floor and put his hands around her neck at their West London home on 25 April last year.

Weston was appointed managing director for the UK and Europe for American wine, beer and spirit importer Winery Exchange in 2011.

Mark Tomassi, prosecuting, said: ‘Erica Weston was on her way out of the house to collect their children from the childminder.

‘She was walking to the front door when the defendant knocked her to the floor and put his hands around her neck. She was initially unable to scream.

‘She saw a fishing knife but the defendant grabbed it first.

‘She thought he was going to stab her and asked him to call someone, but he took her phone.’

Mrs Weston managed to run to the window and tried to call for help but her husband then threatened to kill himself, the court heard.

‘He grabbed her by the throat and closed the window,’ he said. ‘He said upstairs that he was going to kill himself.’

Police arrived within an hour and found Mrs Weston traumatised and suffering from head injuries.

Sentencing Weston to a hospital order under section 37 of the Mental Health Act, Judge John Denniss QC said: ‘A serious crime was committed.

‘The defendant assaulted his wife. He made two attempts to strangle her. He caused serious injuries, which were severe lacerations to the scalp.

‘She tried to escape, rightly terrified for her life. He told her that she did not love him and threatened to take his own life.’ 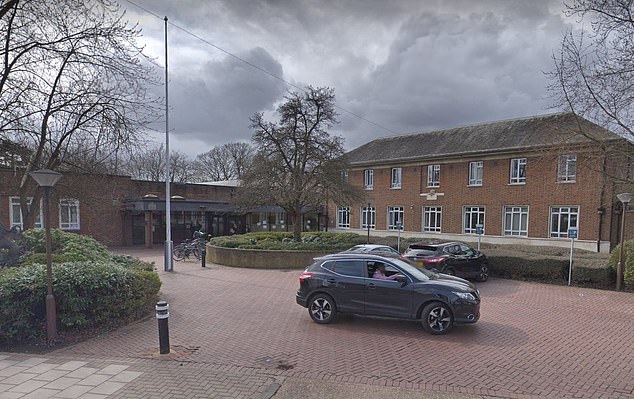 Describing his recent treatment, Judge Denniss continued: ‘It is encouraging to see, if one marches through the months, how he has benefited from the regimen now being provided.

‘If he had been provided with anti-psychotic medication in 2017 it very likely the symptoms which escalated into the April incident would have never happened at all.’

Weston, who appeared in the dock in a grey suit and chequered shirt, was supported in court by his wife, along with other family members and friends.

Charles Bott, QC, defending, said: ‘Mr Weston is not a young man, he is not an old man, he is touching 46.

‘In that time he has never had any convictions for any violence or anti-social behaviour.’

‘His wife said in an interview just hours after he had been committed: ‘I have been with him for 20 years, married for 10 and he has never been violent’.’

Consultant forensic psychiatrist Dr Sophie Anhoury, who has treated Weston since his admission to the Bracton Centre secure mental health unit, said: ‘I think that he doesn’t fully recognise that this was a serious matter and in the past he has disregarded his medication.

‘In terms of violence, he does not have a history, he is not an offender. This instance of violence arose from mental health incident.’

Forensic psychologist Dr David Ho said it was likely Weston was suffering from an adjustment disorder or transient psychotic disorder.

Dr Ho said: ‘It is my opinion that following successful treatment his risk of serious harm to the public, in this case his wife, is low.’

For confidential support visit the Samaritans website or phone 116 123.