Cathryn Craven, 50, claims she and Jayson, who had been together for 29 years and married for 12, would probably have called off their divorce and got back together. 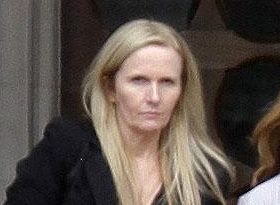 They were in the “cooling off period” between decree nisi and decree absolute when the 48-year-old steelworker was killed crossing the road in the early hours.

Driver Terry Davies, who was doing 86mph in a 40mph zone, was jailed for four years for causing Jayson’s death by dangerous driving in Coventry.

The couple separated after he had an affair but lawyers for Mrs Craven claim there was an 80 per cent chance of a ­reconciliation.

They say she had acted in anger and not taken into ­consideration the financial implication of divorcing Jayson, the family’s breadwinner.

Lawyer Marcus Grant told London’s High Court she loved Jayson deeply and he did not want to divorce, so once she had cooled off a ­reconciliation was likely.

He added: “The claimant is quite satisfied she would have done everything in her power to reconcile with the deceased and to terminate the divorce proceedings.”

Mrs Craven is suing under the Fatal Accident Act, which allows the relatives of those killed by others wrongdoing to seek damages. The case continues.