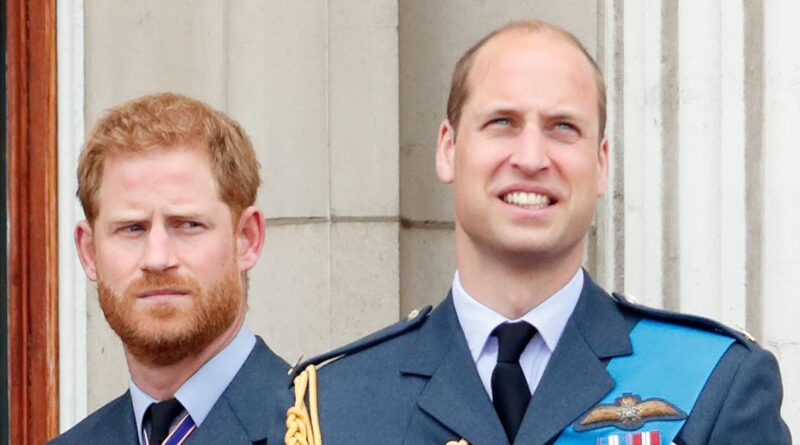 Prince William “didn’t like it” when Prince Harry got more attention and “often played second fiddle” to him, a former royal bodyguard has claimed.

Ken Wharfe, who was Princess Diana's protection officer between 1988 and 1993, spent years with the young royals.

Relations between the brothers have been strained for years, and seem to have increased in the wake of Megxit and Harry’s bombshell interview with Oprah Winfrey.

Mr Wharfe said the Duke of Cambridge was more “reserved” due to his character and the knowledge that he would one day be King.

He told OK!: "William was helpful to his little brother to an extent, but if he saw him getting more attention, he didn't like it.

"I think William often played second fiddle to his brother, simply because Harry was very popular and that was very difficult for him."

Mr Wharfe said Harry was a "natural listener and a fun person”, though William was better than him at “certain things”.

During his interview with Oprah, Harry once again stated that he and William were on “different paths”.

The brothers were briefly reunited atPrince Philip’sfuneral in April, but it is unclear how much progress was made during the “peace talks”.

During the interview with Oprah, Meghan Markle responded to reports that Kate Middleton had made her cry – and insisted the opposite had happened during a row over bridesmaid dresses.

A royal insider afterwards told theMailOnline: "William cannot countenance the way Meghan has treated his wife…. to name Kate so publicly during the Oprah interview as the person who made her cry was beyond the pale.

"Meghan would have been acutely aware that Kate is powerless to fight back.

"Despite her growing confidence in public, Kate is a deeply sensitive woman who likes to stay behind the scenes as much as possible to support her family and the country.

"William thinks the way she has been treated is unfair."

On July 1, the brothers are set to be reunited in the grounds of Kensington Palace for the unveiling of a statue in tribute to their late mum.

Royal expert Angela Levin believes their relationship is still tinged by bitterness and a lack of trust.

She earlier toldOK!: “Harry doesn’t like his own privacy being broken, but he seems to be breaking it for his own family.

“It’s nerve-wracking – they are worried about any conversations they have with Harry being relaid or leaked to the press. The royals just can’t trust him right now.”