Made official by the Prince and Princess of the United Kingdom: William signs birth certificate for HRH Prince Louis Arthur Charles of Cambridge

The birth certificate of Prince Louis has been made public after it was signed by proud father the Duke of Cambridge.

The document gives the full name of the latest member of the royal family as His Royal Highness Prince Louis Arthur Charles of Cambridge.

William and Kate’s third child was born at the private maternity unit of St Mary’s Hospital, Paddington on Monday April 23 at 11.01am, weighing 8lbs 7oz.

The Duke, who is taking a period off following the birth of his son, signed the birth certificate earlier on Tuesday at Kensington Palace. 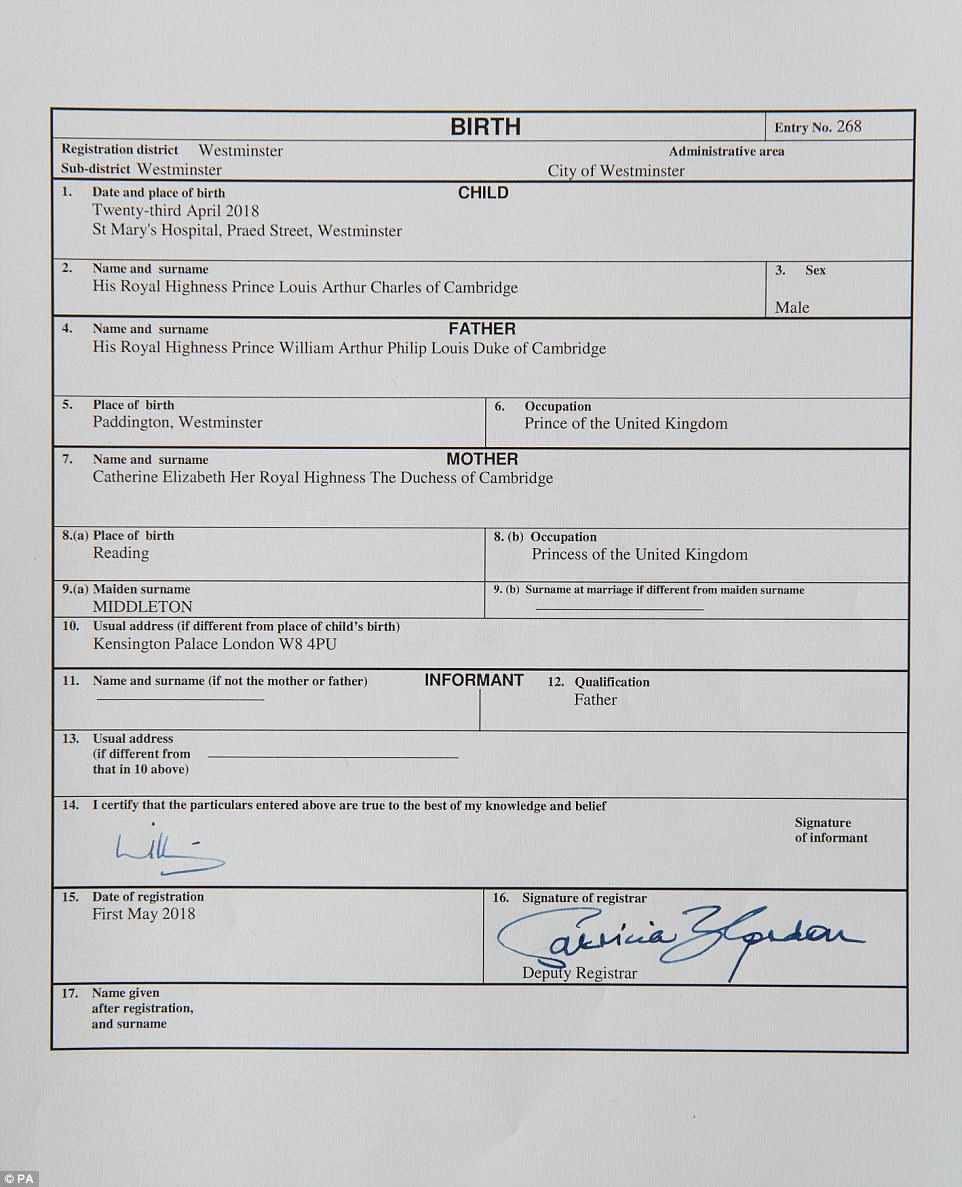 Prince Louis’ birth certificate (pictured) has been released this morning

The document listed the date and place of Louis’s birth and also gave the full name of his father and mother.

The name serves as a poignant tribute to Prince Charles’ beloved great-uncle, mentor and ‘honorary grandfather’, Lord Mountbatten, who was killed in 1979 when the IRA placed a bomb in his fishing boat.

Prince Louis’ name was officially revealed last Friday after fans and bookmakers waited five days for confirmation, with many other names being touted as contenders including Albert and Alexander. 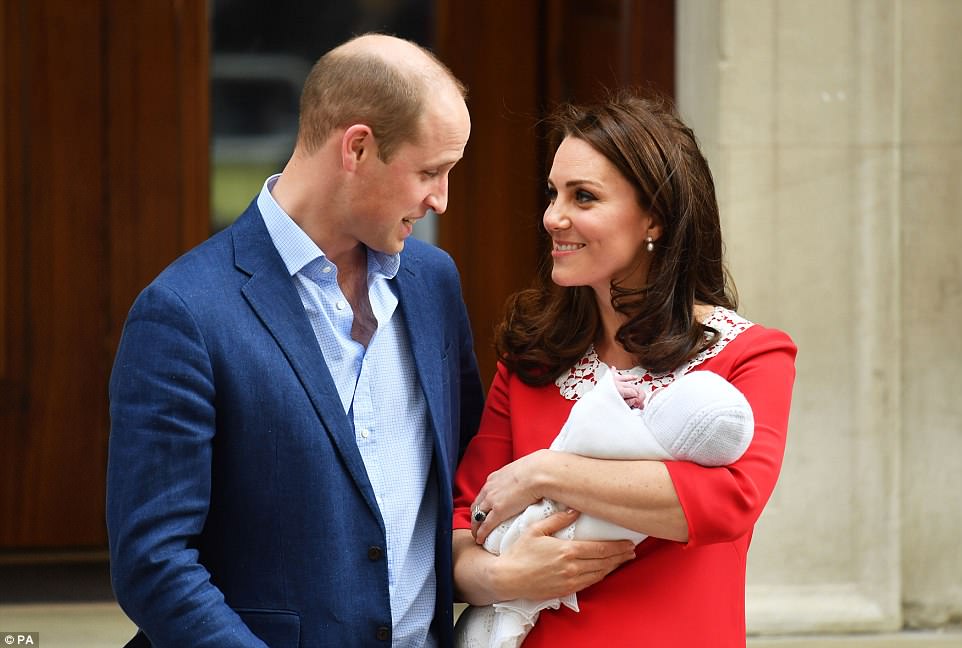 The Duchess of Cambridge gave birth to Louis last Monday. She is pictured here with Prince William presenting the child to the world outside the Lindo Wing at St Mary’s Hospital in Paddington 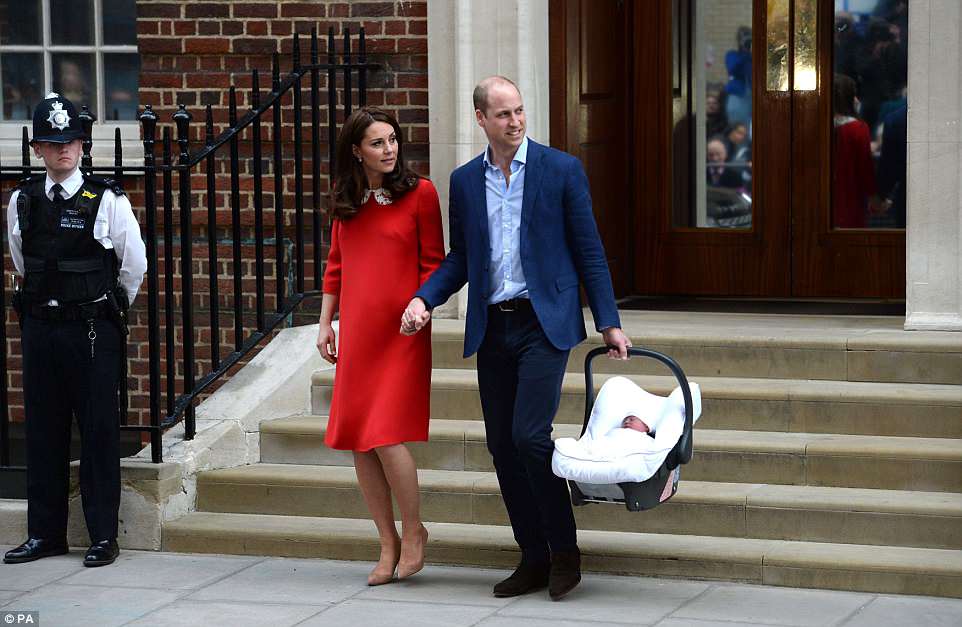 The Duke of Cambridge, pictured with the Duchess and Louis at the hospital, signed the birth certificate this morning

Meanwhile revellers will be able to wet the royal baby’s head at the first pub named after the new royal.

Drinkers in Great Notley, Essex, will be able to pop a cork and celebrate his arrival when the watering hole opens next week

And brewers McMullen’s say they would be more than happy to welcome the happy couple if they wanted to bring the Royals to the alehouse for a celebration.

The Duke and Duchess of Cambridge will be able to have a mini pub crawl if they wanted – as it is just 20 miles from another of the Hertford-based firm’s bar’s named for Princess Charlotte, in Colchester.

The patriotic pub boasts the newest addition will allow families to enjoy the best of the ‘British summer’.

It got its name as work finished on the day the baby was born and today painters were finishing up work on the establishment’s sign. 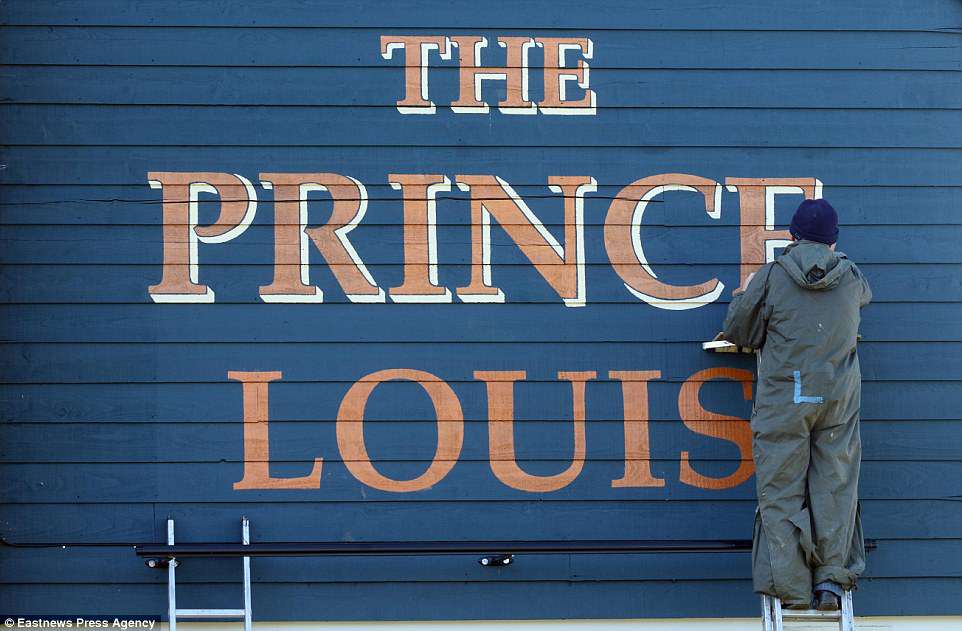 Meanwhile a pub in Great Notley, Essex, pictured, has been named after the newest royal and will open next week

Claire and Aaron Wood , general managers of The Prince Louis, said: ‘We are thrilled to be opening in McMullen’s newest pub, our team have commenced training and were excited as us to know the name of the baby and pub.’

The brewers have ploughed more than £1 million in refurbishing the pub, which despite its regal name will give punters a humble offering of chicken, curry, and real ales.

Heydon Mizon , managing director, said: ‘It is quite tricky to choose a pub that is timeless.

‘We are a 190-year-old business and we own our pubs for along time, royal names don’t date and for pubs it works well.

‘Of course the happy couple would be welcome to wet the baby’s head here, everyone is welcome.

‘It has worked out nicely as we handed back to the builders the day the baby arrived and that helped inspire the name.’

And added: ‘We are delighted to have acquired and invested in this pub which will contribute to the warm and friendly community of Great Notley.

‘We hope that the locals will be just as happy to see it being reopened as we are.’

As well as the two regal Essex pubs McMullen’s runs The Prince George in Milton Keynes.