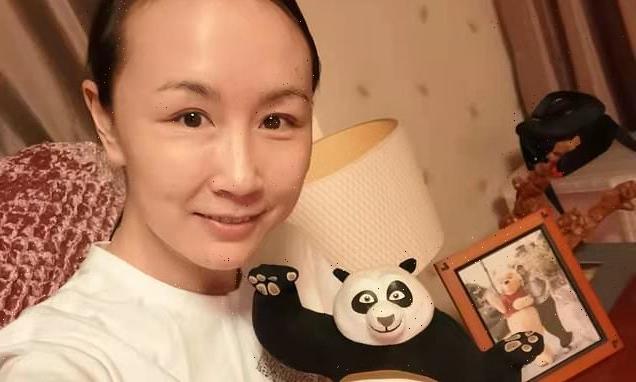 Wimbledon bosses last night joined calls for proof of the safety of a Chinese tennis star who has been missing since she accused a senior Communist Party leader of sexual abuse.

Amid a growing international outcry over the disappearance of Peng Shuai, Chinese state-run media attempted to quell concerns by releasing videos that it claims shows Peng safe and well.

But experts cast doubt on the authenticity of the videos and said they did little to reassure those worried about the welfare of the 35-year-old Peng. 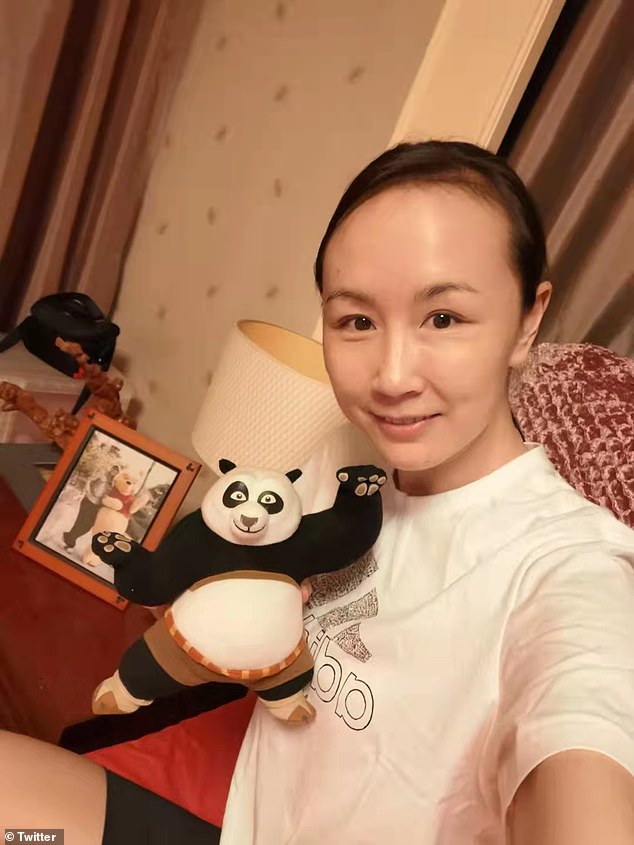 BIZARRE: A picture of Peng Shuai on Twitter said to have been supplied by a ‘friend’

The All England Tennis Club said it had been working ‘behind the scenes’ to establish Peng’s safety.

She has not been seen since accusing Zhang Gaoli, a former member of the party’s ruling inner circle, earlier this month.

The videos, shared by the editor of Global Times – an English-language newspaper published by the Communist Party – profess to show Peng ‘having dinner with her coach and friends in a restaurant’.

The editor of Global Times, Hu Xijin, claimed on Twitter that the videos ‘clearly show they are shot on Saturday, Beijing time’.

It is the third attempt made by Chinese state media in as many days to allay fears over the missing tennis star after it shared bizarre pictures and an email claimed to have been written by Peng in which she retracted her allegations.

As well as the videos, photographs of Peng posing with children’s toys were posted by an employee of Chinese state television on Twitter, which is blocked to users in China.

It was claimed that the pictures and a message saying ‘Happy Weekend’ had been supplied by a ‘friend’ of the tennis star, but it was unclear when or where they had been taken and did little to dispel concerns over her safety. 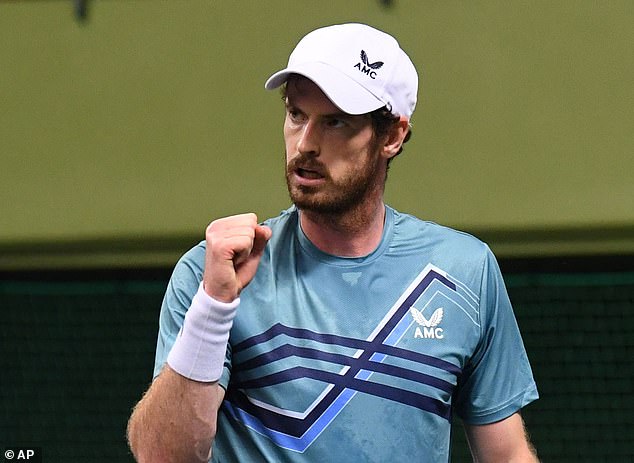 The Communist Party is facing a growing demands from politicians and the tennis establishment to prove that the three-time Olympian and former women’s doubles number one is safe and can speak freely.

The Women’s Tennis Association has threatened to cancel tournaments in China unless Peng’s safety is assured.

Andy Murray and Serena Williams are among those pleading for information on her welfare.