Home » World News » Would YOU win a million with our Clarkson quiz?

Would YOU win a million with our Clarkson quiz? Find out how well you know the motorhead-turned-quizmaster

As Jeremy Clarkson becomes the new host, we ask how well do you know the petrolhead-turned-quizmaster?

It’s time to see if you can handle the pressure and make it all the way through to the £1 million final question. 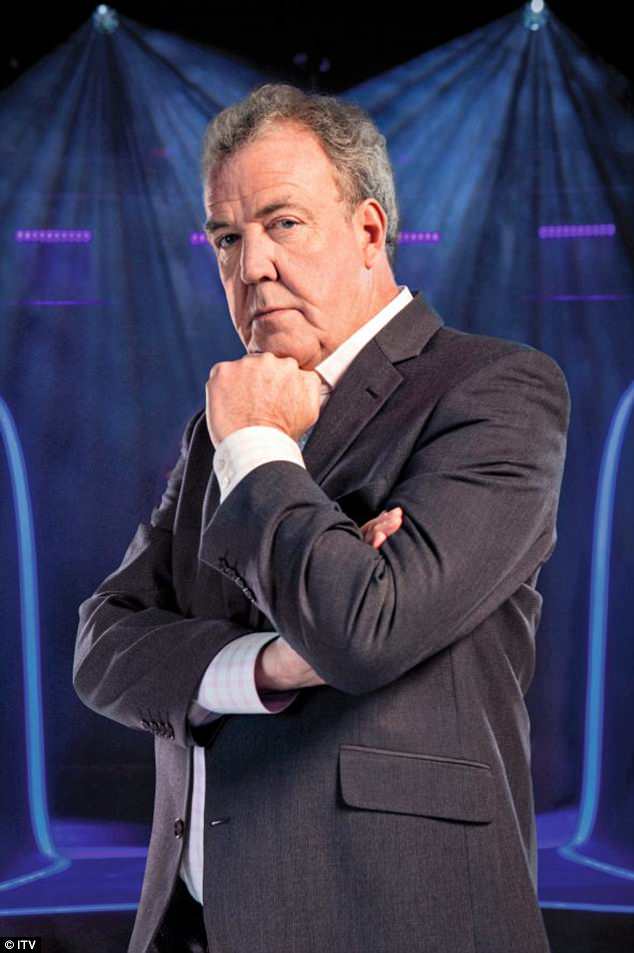 As Jeremy Clarkson becomes the new host, we ask how well do you know the petrolhead-turned-quizmaster?

£100: What is Jeremy Clarkson’s nickname?

£200: Which band does Clarkson always play first in a new car?

£2,000: Clarkson received an Honorary Doctorate from Oxford Brookes University in…

A. Geography. B. Spanish

£4,000: According to Clarkson, ‘you can never be a true petrolhead unless you’ve owned’…

A. A petrol station.

B. An Alfa Romeo.

£32,000: What is his favourite moment from filming Top Gear?

A. Driving to the North Pole.

£64,000: Clarkson once bought a flat opposite a gym in the hope he’d glimpse…

A. He enjoyed his steak well-done.

B. He’d smoked half a million cigarettes.

C. He bought a Tesla.

A. Stairway To Heaven (Led Zeppelin).

B. Sympathy For The Devil (The Rolling Stones).

D. Twist and Shout (The Beatles).

D. Floated out to sea on lilos.

£1 million: Clarkson once parked a fighter jet in his garden but the council told him to remove it. He claimed it was used as…

A. A burglar alarm.

B. A mini golf hole. 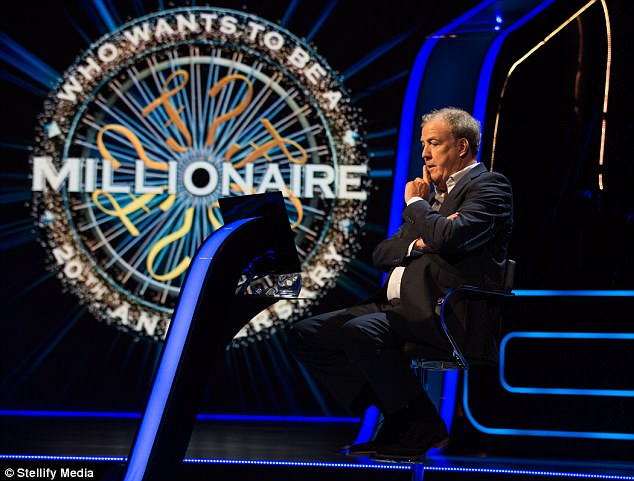 C: Genesis. He is very fond of the band’s Peter Gabriel era.

D: Piers Morgan — the pair had a long-running feud.

C: He is an Honorary Doctor of Engineering. Green protesters threw custard pies at the ceremony.

B: An Alfa Romeo.

A: A Ford Cortina.

D: He bought a flat in Fulham that overlooked Princess Diana’s gym in the hope of seeing her. He didn’t.

B: He claimed he had smoked half a million cigarettes.

D: He saved the tourists by diverting his yacht to pick them up off Majorca in 2016.

D: Clarkson told the council it was used as a leaf-blower. They didn’t believe him and he removed it. 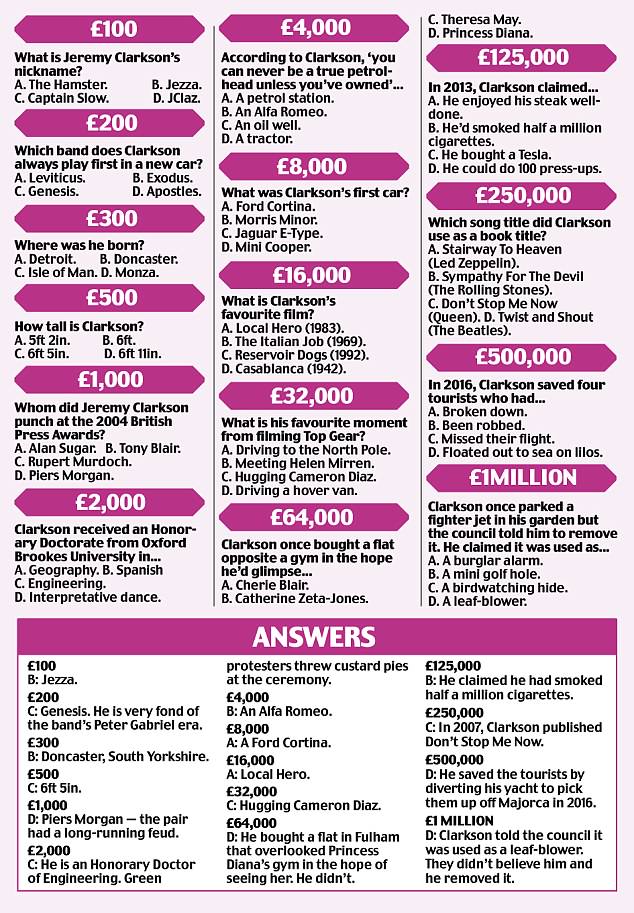