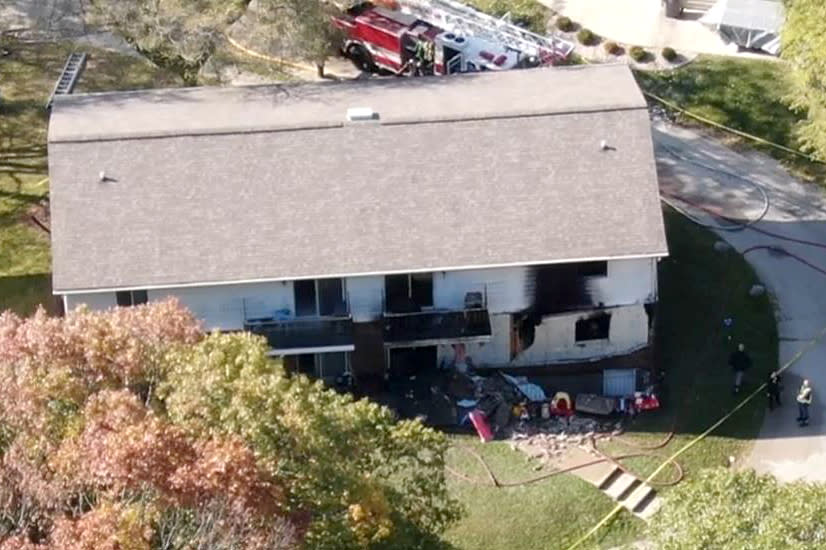 Additional details were not immediately available.

“This is a tragic incident for the family of the deceased, our first responders and the Hartland community,” he said.

Misko described the family as “blended” and said it was a “step-family-type situation.”

The other victims were Jessica McKisick; two girls, 12 and 14; and 3-year-old twin boys, the police department said.

The twins were the sons of Connor and Jessica McKisick, Misko said.

The blaze was reported at 5:11 a.m. at the four-family apartment building. First responders rescuing residents from the building were met with “a large amount of fire,” Misko said last week.