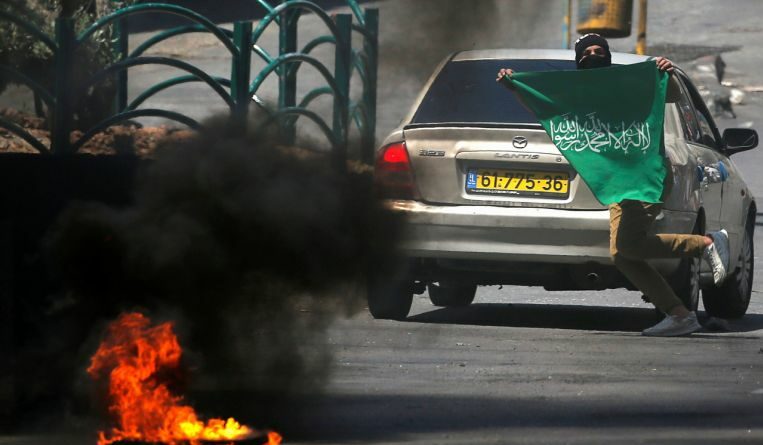 PARIS (AFP) – Hamas can count on abundant stocks of rockets and other weaponry in its ongoing conflict with Israel, with the Palestinian militant group boasting an even deeper and more effective arsenal than in previous standoffs.

Analysts say Hamas is able to fire more frequently and further into Israel compared with past conflicts over Gaza, partly due to backing from Iran.

Here is a look at Hamas’ arsenal, how it has evolved in recent years and what effect it has on the current conflict:

What has this conflict shown us?

The Islamist movement, in power in Gaza despite an Israeli blockade for nearly 15 years, has surprised Tel Aviv and other Israeli cities with the violence and frequency of its strikes.

More than 3,000 rockets have fallen on Israel in the past week, a pace aimed at overwhelming Israel’s Iron Dome missile defence system.

For the first time, Hamas used the Ayyash 250 missile, which has a range of 250 kilometres.

“The most impressive fact of this war is just how many rockets they managed to fire in a short period of time and simultaneously,” said Mr Fabian Hinz, an independent analyst who focuses on missiles in the Middle East.

“Hamas’s firepower, both in terms of number of rockets and their reach, far surpasses earlier escalations, and Israeli retaliation has been swift and devastating,” said the International Crisis Group (ICG).

“Militarily, Israel was caught off guard by Hamas’ expanded operational capacity to fire so many rockets at once and at such distant targets,” it added.

Who is supplying arms to Hamas?

Until a few years ago, Sudan supported the Palestinians, notably through arms assembly units smuggled through Egypt. But the 2020 peace agreement between Sudan and Israel following the ousting of authoritarian leader Omar al-Bashir brought the arrangement to an end.

Syria under President Bashar al-Assad also supplied rockets in the past. But now Iran is by far the most significant supporter of the Palestinian groups.

“Support for regional actors has become a prime pillar of Iran’s military posture,” the International Institute for Strategic Studies said in a report last month.

“Iran’s proliferation activity has focused on the Syrian regime and non-state actors in Gaza, Iraq, Lebanon, Syria and Yemen,” it added.

A closely-followed weapons expert who remains anonymous, but publishes findings on Twitter as Calibre Obscura, told AFP the Iranian approach was not just about transferring weapons.

“They are about transferring know-how, design templates and best practice,” said the analyst.

The rockets “are designed especially for proxy forces to be simply manufactured and easily to be put together with simple tools”.

How deep are Hamas’ stocks?

According to experts contacted by AFP, Hamas could count on an already considerable strike force of 12,000-13,000 rockets before the present conflict began.

Production capacities are difficult to evaluate.

“They don’t want to be in a situation where they are going to run out of missiles in two weeks so I expect the stocks have been underreported,” said Calibre Obscura.

“They definitely have substantial stocks. I think they are prepared for an extended period of time.”

“Hamas has a long history of rocket manufacturing themselves and they’ve proven to be sensible, inventive, creative with engineering big rockets,” said the analyst.

In the past Hamas even managed to obtain unexploded British World War I munitions from a vessel that sank off Gaza, the analyst noted.

Analysts warn that any Israeli ground offensive into Gaza would trigger a fresh spiral of violence.

“The flare-up could get worse still,” said the ICG.

It would also be no easy option for Israel, with Gaza one of the most densely-populated areas on earth and offering potentially nightmarish warfare in its maze-like alleys.

Such a scenario would also bring into play different aspects of Hamas’ strategy and arsenal, including its network of tunnels under Gaza, anti-tank missiles and grenade launchers.

“They would have received combat instructions from the Iranians, Hezbollah, they would have looked at ISIS,” said Calibre Obscura, adding that a ground invasion “would not be clean and simple… they (Hamas) would defend probably quite effectively”.