Armed cops are still engaged in a tense stand-off with a gunman who is holed-up in a house in Oxford after exchanging gunfire with police. 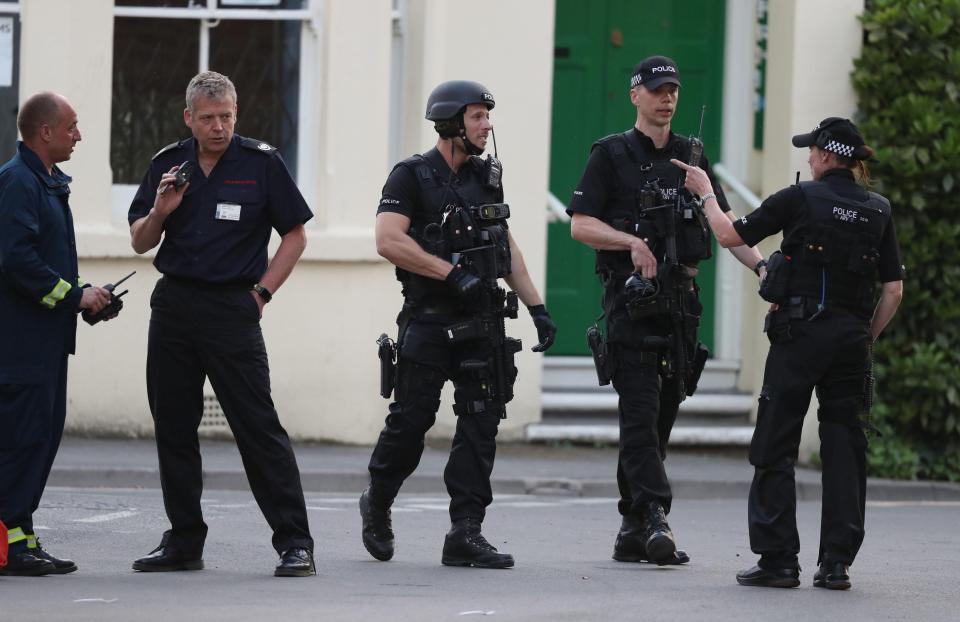 A nearby resident, who did not want to be named, said he first heard two loud bangs early in the morning, but thought it was just Bank Holiday fireworks.

Later that day, he said he witnessed the start of the altercation between an armed man in Paradise Square and the police, when he heard around 20 shots exchanged.

He said: "I was frightened. I saw how easy he got down from his balcony, and I was terrified for a second, thinking he was going to come get me.

"He was shooting from the balcony and then he climbed down the balcony, he was in the gardens and police were kicking the back doors to other gardens trying to get him. 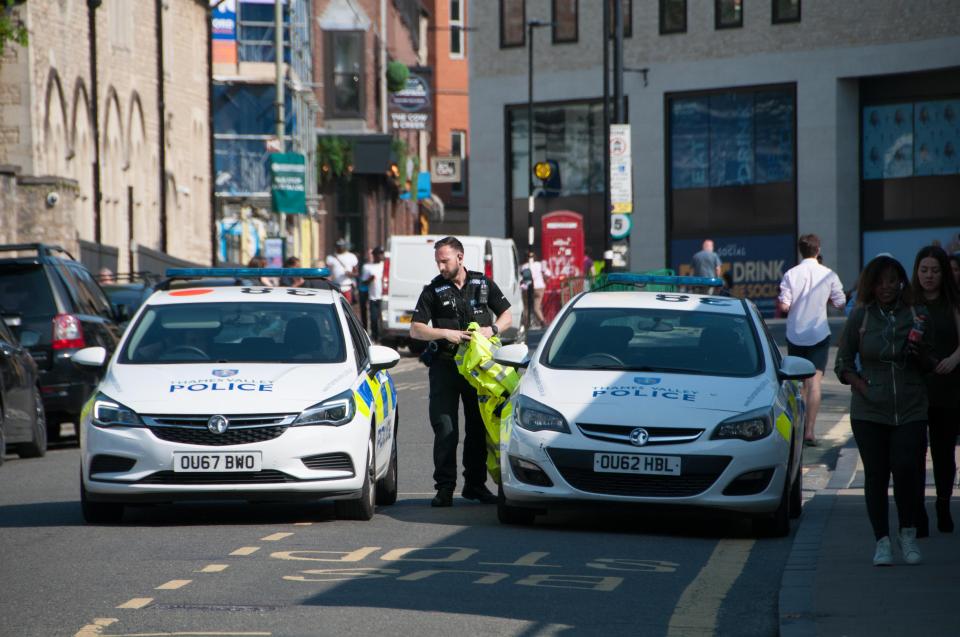 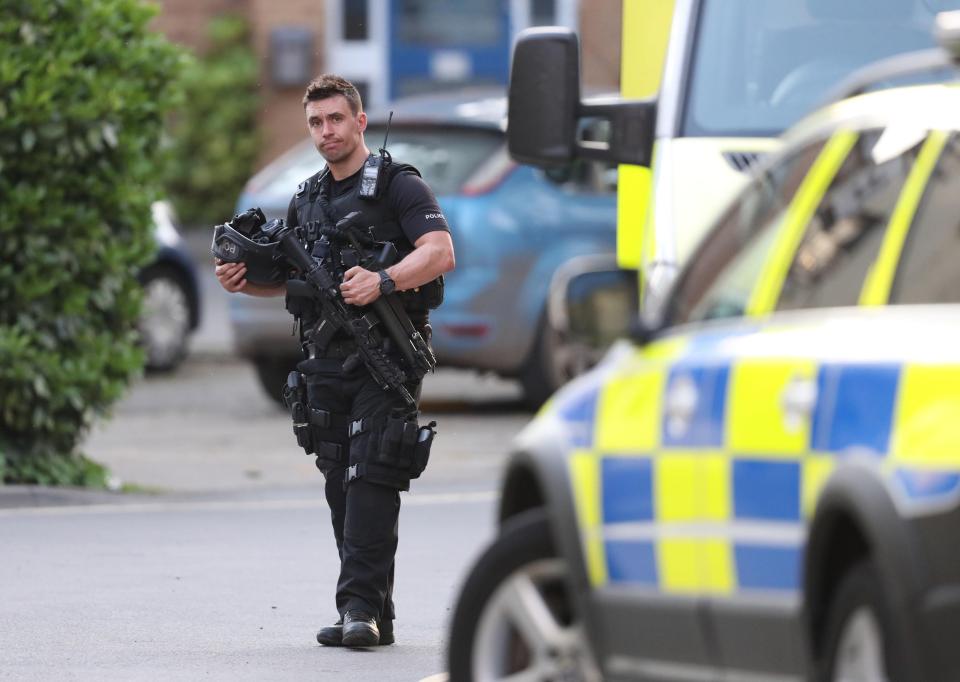 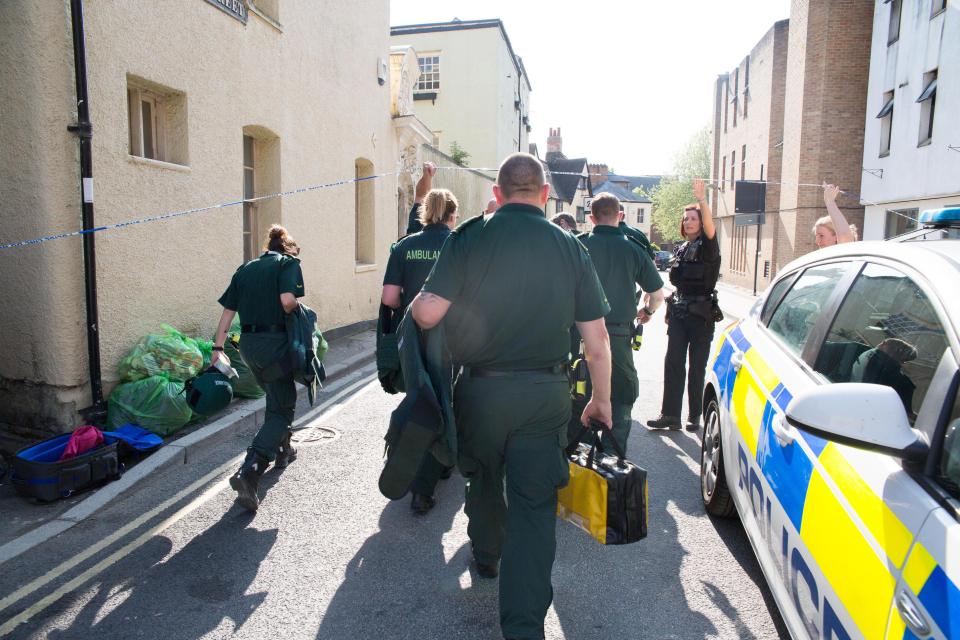 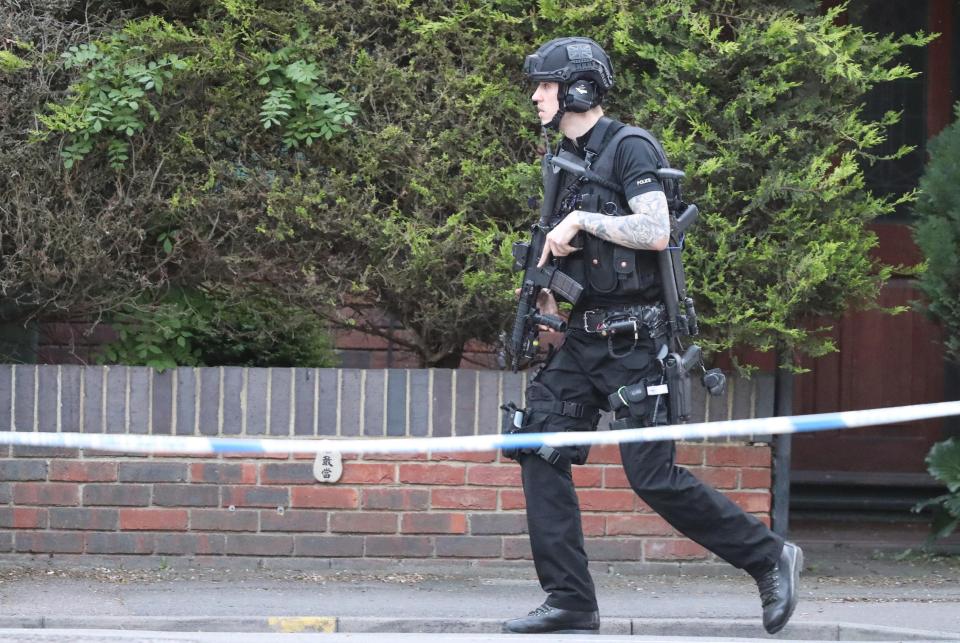 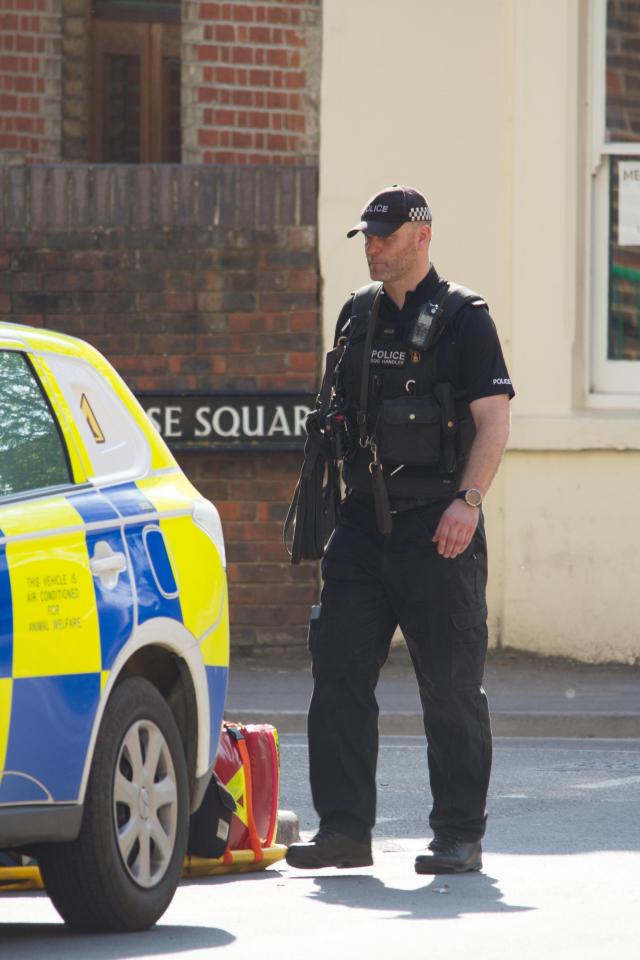 "Then he climbed back up and shot again. And that's when they shot him in the head I think and in the chest.

"I could hear a female negotiator and an armed response man trying to get him to put his hands up, let go of the gun, keep his hands on show and things like that."

The resident said he heard a man repeating that he needed medical treatment, before getting "really angry, shouting, roaring at them (the police)".

He said the whole street had been evacuated and families were getting anxious about where they would be able to spend the night as darkness fell. 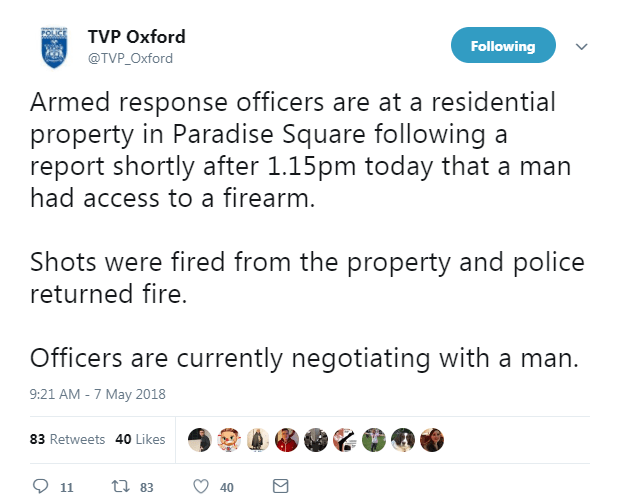 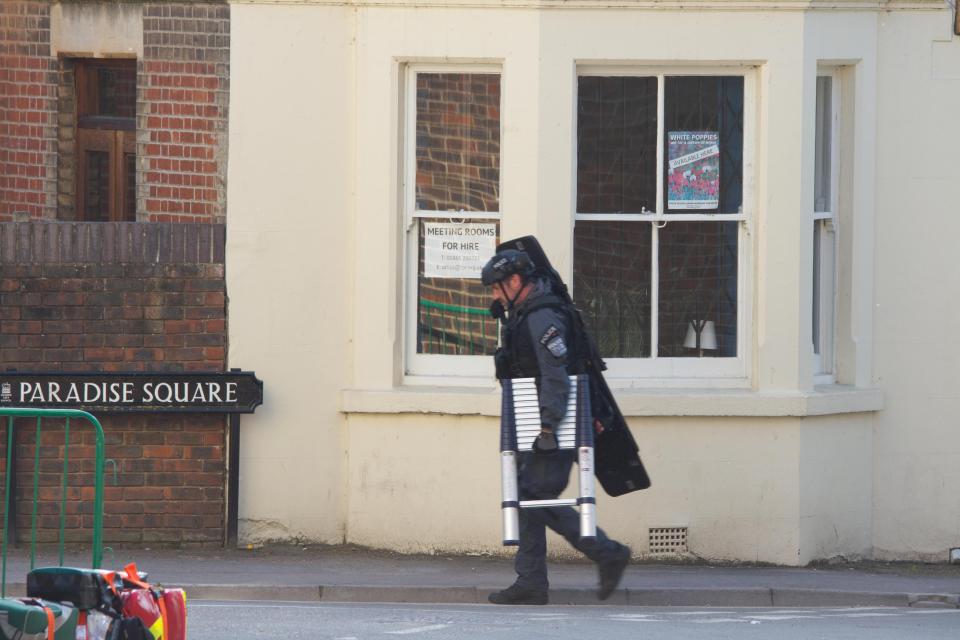 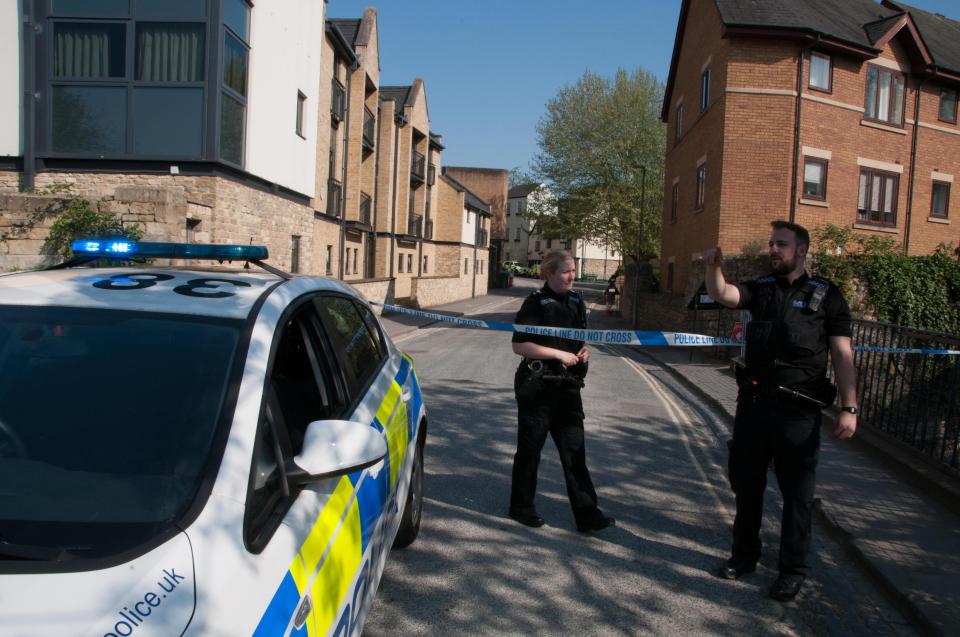 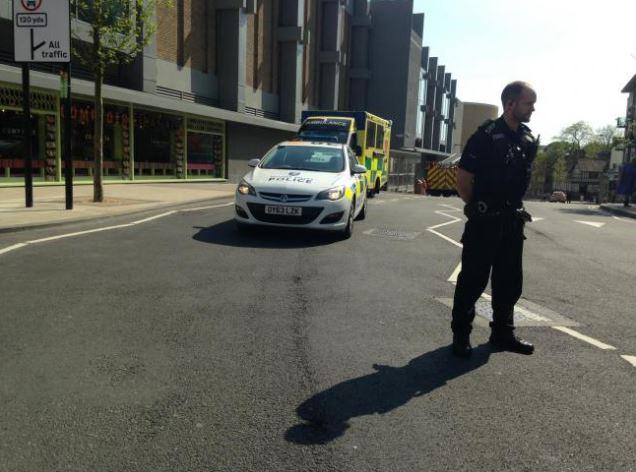 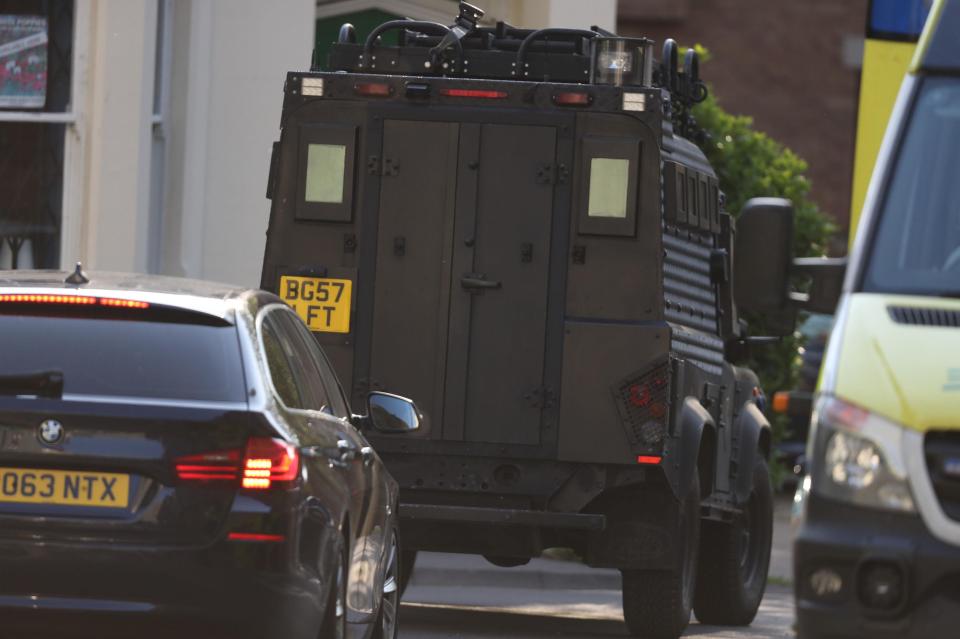 A spokesman for South Central Ambulance Service earlier confirmed they had treated one person for non-life threatening injuries.

Cops closed off Paradise Square, Paradise Street and Castle Street, as one person was treated by paramedics on the scene.

Thames Valley Police tweeted earlier saying: "Armed response officers are at a residential property in Paradise Square following a report shortly after 1.15pm today that a man had access to a firearm.

"Shots were fired from the property and police returned fire.

"Officers are currently negotiating with a man."

They later tweeted that officers would remain in Paradise Square overnight "to resolve the incident".

Paradise Square, Paradise Street and part of Norfolk Street remain closed, with police telling residents living on those roads to show their ID at the cordon to be allowed back into their homes.

Superintendent Joe Kidman, Oxford Local Policing Area Commander said: “People in Oxford will notice an increased police presence in the area while officers are dealing with the incident, which is contained and taking place at a residential property.

“If you have any concerns or wish to raise anything please approach and speak to an officer or call the non-emergency number 101.”