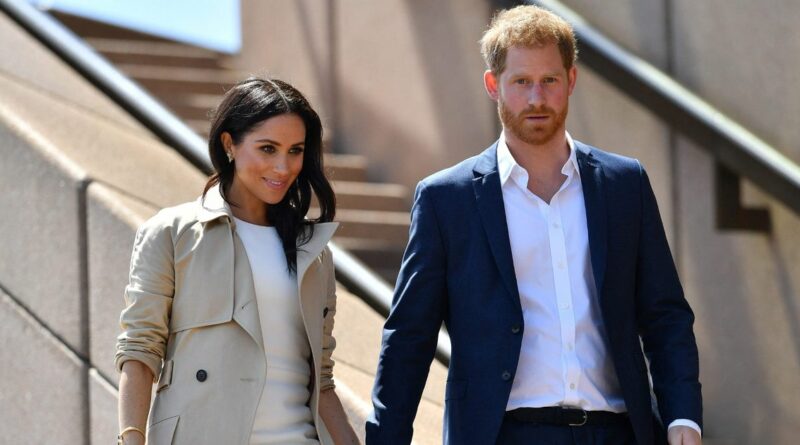 Prince Harry wants his fans to forget that he used to be like his "legend of banter" grandfather Prince Philip, a royal expert has told the Daily Star.

The Duke of Sussex, 38, created a "new persona" to hide that he was once "heir" to the Queen's gaffe-prone husband the Duke of Edinburgh, it was claimed.

Thomas Mace-Archer-Mills, founder of the British Monarchists Society, told The Star: "The Duke of Sussex has chosen to ignore and forget his less than favourable gaffes by concealing them under several layers of political correctness and woke cushioning, in hope that his newly created persona will distance him from any wrongdoing or offence he caused when his gaffes were knowingly made.

"Harry used to be like his grandfather, he had charisma, and charm – he was able to also use humour as a tool, but this is where the similarities end.

"There is nothing funny about Prince Harry anymore. He is unable to use gaffes and humour to his advantage, like his late grandfather was able to, because not only have times changed, so has Prince Harry."

Army veteran Harry was known as a party going 'lad's lad' before he and his wife Meghan Markle quit the Firm for a lucrative life in the US.

Harry has since called his grandfather a "legend of banter" when he paid tribute to him during a solo trip to the UK for his funeral last month.

Mr Mace-Archer-Mills said: "If there were any aspirations on the part of Harry to be the heir to Philip's 'legend of banter', then those very aspirations are sadly misconstrued, misunderstood, and misguided – a failure.

"With the passing of Prince Philip, so went the last of the Windsor's great gaffes."

On Harry recently calling the American constitutional right to free speech "bonkers", the New-York born commentator said: "The seemingly good time Harry, the free-spirited, happy go lucky chap that everyone saw as a sign of relief is nowhere to be found.

"His misadventures were somewhat relatable, fun, and not too serious. He was a lad's lad who could appeal to anyone anywhere.

"All we find in Harry now is a partisan, divisive, talking head that chastises and lectures his home nation and belittles his family.

"Oh how I wish we could return to the old days of Harry's ways, and not be saddled with the too serious private celebrity who now graces our televisions, newspapers and computer screens daily."

Harry's representative has been approached for comment by the Daily Star.