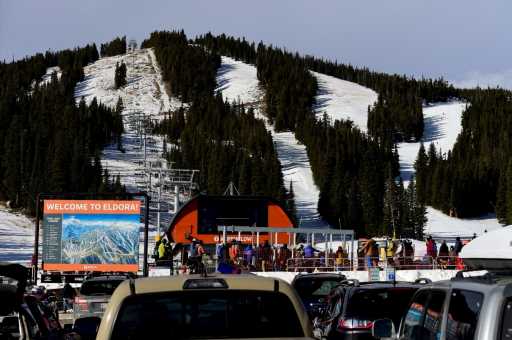 A 77-year-old woman died Tuesday after apparently crashing into a tree at Eldora, according to the Boulder County Sheriff’s Office.

According to a release, dispatchers were called at 2:26 p.m. Tuesday to the Eldora ski area at 2861 Lake Eldora Ski Road outside Nederland after a woman was found unconscious and not breathing on the Muleshoe Run.

Emergency crews attempted life-saving measures, but the woman was pronounced dead at the scene.

The Boulder County Coroner’s Office has not yet released the woman’s name.

Investigators believe at this time the woman crashed into a tree, but did not say if she was skiing or snowboarding. Foul play is not suspected, but the investigation is ongoing. The incident will be investigated by the Boulder County Sheriff’s Office and the Boulder County Coroner’s Office to determine the cause and manner of death.