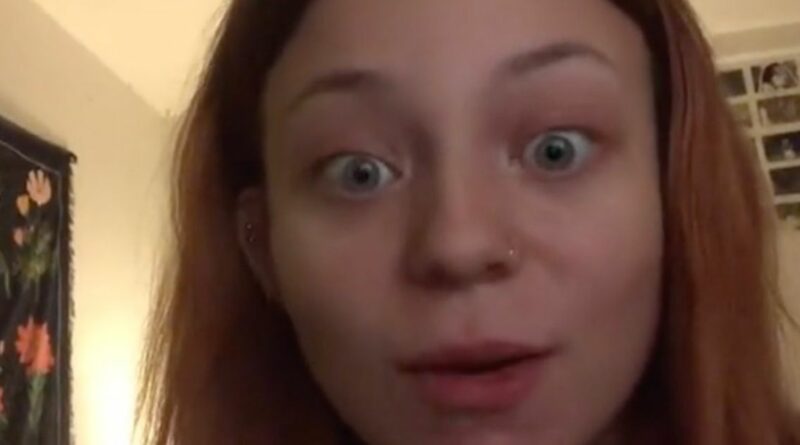 A young woman believed she fell victim to the dangerous craze of "needle spiking" after finding a pinpoint wound with bruising around it.

Isabella watched the news on Channel 4 and learned many women have been targeted and drugged at nightclubs and parties using needles to inject "date-rape" drugs.

Posting on TikTok, she recalled she has a similar wound but she struggled to recall how she got it.

At the beginning, she played the news clip where 19-year-old student Emma MacDonald said the wound site was a little hard around as she showed her arm.

Isabella then says she has the same needle-like puncture.

She explains: "I literally had this and I didn't know what it was. I was on a night out and I got home, I had the same bruise, I still have it. Wait, I'll show you, hold on.

"It's on my leg, it's like a pinpoint with bruise around it and it was super hard. And I had no idea what it was and I couldn't remember anything."

"I just thought I had fallen over and bruised myself. Like is this real? Is this actually happening? Is this real in England?"

Viewers shared their worries over the new "epidemic" but some suggested people should boycott the clubs until they carry out safety checks.

One wrote: "I work in a pub and we've been warned about this. There's been a couple of cases in Liverpool I think and apparently they didn't even know until later."

A second said: "Honestly this is so scary and yet another thing us women have to worry about. Every bar and club should check bags out of solidarity."

After posting the video, Isabella said she went to the doctors for a checkup, adding: "They said they can't do anything and to go back in three months to check for HIV."

For more stories from the Daily Star, sign up for one of our newsletters here.