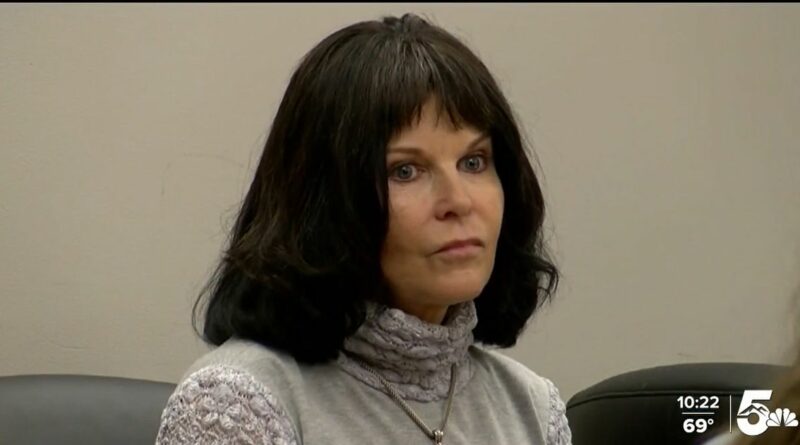 A woman was convicted of child abuse on Friday after the grim details of how she locked 26 kids in her basement were revealed.

Carla Faith, 58 from Colorado Springs, used a 'false wall' to hide the terrified toddlers who were kept without access to water and with unchanged nappies.

Both Faith and Christina Swauger, one of her employees at the illegal daycare facility, were found guilty of 26 counts of child abuse, one for each child.

There is also a warrant out for the arrest of another as yet unnamed employee who is currently being hunted down by police.

Faith was first arrested in November 2019 after authorities investigated reports of overcrowding from parents. She only had a license for six kids at the Mountain Place daycare and attempted to hide the others behind a false wall when officers arrived.

Officers continued their search when they could her the sounds of children, eventually uncovering them sweaty and thirsty in the squalor of Faith's basement.

District Attorney Michael Allen, who stood with the families at the courthouse on Friday, said: "It's all on behalf of every single one of these people here today. They deserve justice, and I think that this gives them a sense of justice.

"This case just speaks to somebody that wanted to put profits over children and safety of children, and the jury was strong and the judge was very strong in saying that’s not how we operate in Colorado Springs, and that’s a relief."

Police body camera and eyewitness testimony revealed the harrowing details of how the kids were kept to the court.

Defence attorney Josh Tolini attempted to convince the court that the kids were in fact well looked after, saying "they were spread out, fed, got naps, and did arts and crafts" and arguing that they were happy. His statements caused one parent to walk out.

One parent Venessa Nagel said: "It's going to take help, for our kids especially, to move on after the trauma that they've gone through."

In addition to the counts of child abuse, Faith was charged with operating the facility illegally and attempting to influence a public servant.

Faith and Swauger will be sentenced in October. Child abuse misdemeanours carry a three to 12 month prison sentence, and Faith could get an added two to six years for attempting to influence a public official.