This reptile's patterned scales show it's not only the current occupant of the White House who gets compared to a fork-tongued serpent.

Reddit user FingerJacket posted the snap online saying: "My cousin has a snake with Obama in its scales."

Other users joked the photo proves Illuminati conspiracy theories that the world is run by a race of lizard people.

One wag said: "I knew Obama would be in Slytherin." 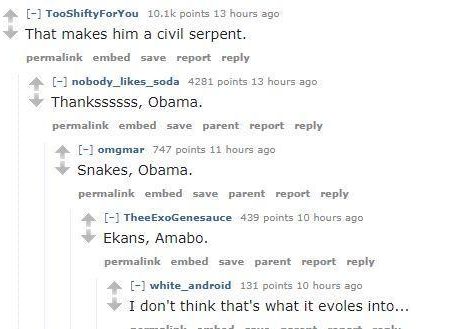 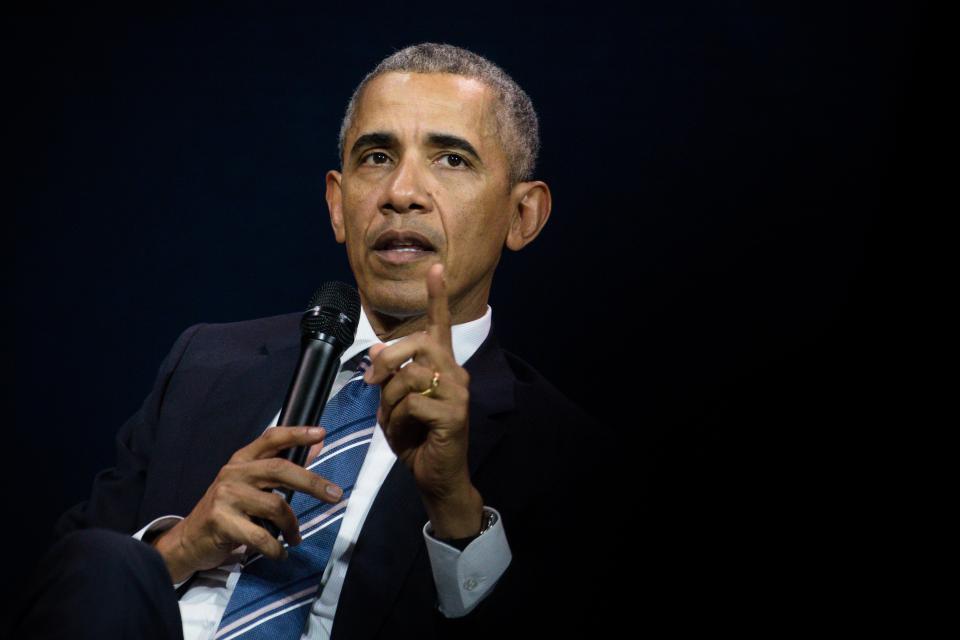 A third said: "And he has no arms! The NRA disapproves."

Later the user original poster added: "For the record, I in no way intended to compare Obama to a snake. Just simply read that way."

One user replied: "Let us know if it spells Trump after next skin shed."

Earlier this week, Iran's Supreme Leader said he hoped to see President Trump "eaten by snakes and ants" after he pulled the US out of the nuclear deal.

Meanwhile, see if you can spot the deadly snake hiding on a footpath in Australia.

And click here to see some other pets with an identity crisis.