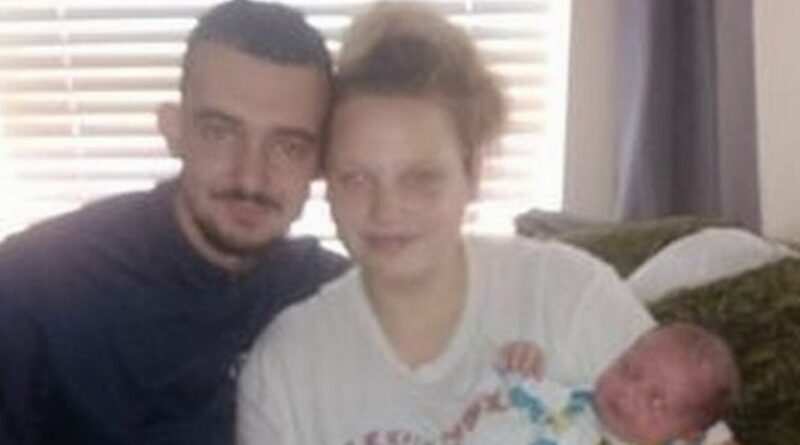 A woman who was completely unaware she was nine months pregnant gave birth on her bed after a night out with her family.

Georgia Crowther, 20, was totally oblivious to the fact that she was pregnant with her second child when she started suffering from stomach cramps last Saturday, August 14.

She had returned home from a family dinner with her partner of four years, Calvin Home, 27, and had gone to bed when she woke up in excruciating pain at around 3am, reports Manchester Evening News.

When she called for an ambulance, she was told that it would take six hours to arrive.

Georgia remained in bed while Calvin looked after their two-year-old daughter downstairs – and when he went back up to check on his partner, she was cradling a baby boy.

"Calvin was downstairs with our little girl and he thought I was asleep," Georgia said, speaking to the MEN from hospital.

"When he came up I was on the floor and I had just had the baby.

"I had been on the bed and I just felt like I really needed to push. I got on my hands and knees and was just biting on to the duvet."

Calvin and Georgia's baby son Vincent Home was born at 8.05am on Saturday morning.

Mum and baby were taken to Royal Oldham Hospital within 10 minutes of Georgia giving birth, where they remained for a number of days to ensure they were healthy.

Little Vincent was transferred to intensive care initially as he had an infection.

But luckily, the family were able to return to their home in Chadderton yesterday (August 21) and Isla-Mae could meet her unexpected baby brother for the first time.

Georgia said that up until last Friday night she had been feeling absolutely fine, and had no indication she could be pregnant.

"Since I had my girl I have struggled really badly with my weight and when I was going out I was feeling really bloated," she said.

"I don’t get periods anyway because I have had the contraceptive injection.

"People actually used to tell me I looked pregnant and I would get really upset and then when the baby came out I was like wow maybe that is why."

Vincent's grandparents, Traci and George Crowther say they are "absolutely over the moon" with their new grandson – after getting over the initial shock.

The couple say their incredible friends and family have rallied round over the last week, to make sure they have all the clothes and supplies Vincent will need.

"All our families have got together to help as we were not prepared at all," Georgia said.

"We have been given so much stuff it’s incredible.

"I just can't wait for Vincent to meet his little sister."