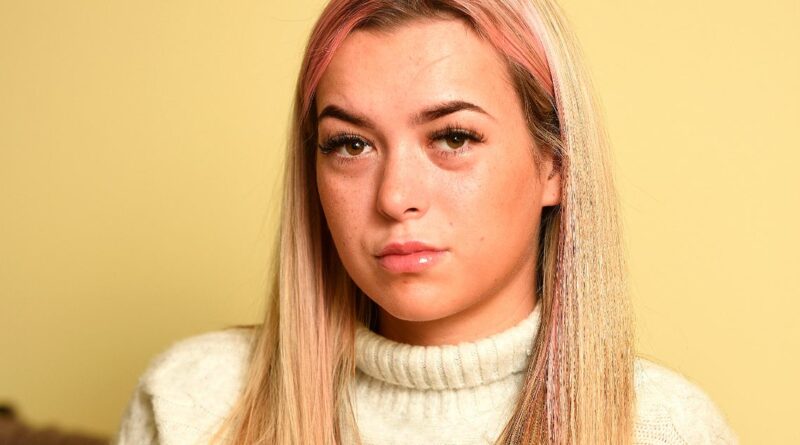 A woman suffered horror injuries after a sickening attack by her "manipulative" ex-boyfriend that left her scarred for life.

Jordana Rutherford, from West Calder, West Lothian, Scotland, was only 17 when William Weir beat her to a pulp and knocked her unconscious in November 2019.

The now 20-year-old said the terrifying ordeal caused her to attempt to take her own life to heal her pain, as well as being the reason she now experiences severe panic attacks.

Weir lashed out amid an argument over him being with another girl at a concert they attended together.

The 20-year-old told the Daily Record: "I actually watched him kiss someone else right in front of me. He was so drunk and being really disrespectful.

"I left on my own and headed back to the hotel. A wee while later he came back too. After me telling him I didn't want to be with him anymore he got so aggressive.

"He, first of all, said he was going to kill himself, but after his pathetic attempts failed, he turned on me.

"I bent down to help him take his shoe off and he pushed me across the room. I only weighed six stones at the time so I went flying.

"The next thing I know he was on top of me pulling my hair and then he hit me on the head with something.

"He knocked me out. I don't know what else he did to me when I was unconscious, but when I woke up I was covered in blood and in agony.

"I was so scared. The police and paramedics were there, but he was nowhere to be seen. He had fled before they arrived apparently."

She added: "What I went through that night was absolutely terrifying.

"The situation itself was horrible, but mentally and physically I'm still damaged. I still have nightmares about what happened in that room. "I've been left with a massive scar on my head that is a daily reminder of what he did to me."

Weir, from Larkhall, South Lanarkshire, was charged with pushing Jordana on the body, pulling her by the hair and striking her on the head.

He was found guilty after a two-day trial at Glasgow Sheriff Court to Jordana's injury and permanent disfigurement.

Jordana said she was in floods of tears when she found out that her brutish ex dodged prison on Monday (April 4), but had been ordered to pay her compensation instead.

She said: "I’m in tears. I feel awful. I can't believe he didn't get time inside. I wasn't expecting him to get years, but I did think he would have at least got some prison time for what he put me through.

"He's ruined my life and has basically been let away with it. It's disgusting."

Jordana claims she is now back living in fear knowing Weir is free to walk the streets.

She explained: "I feel frightened to leave the house again. After I spoke out last time I was sent abusive messages branding me vile names."

The 20-year-old added that she feels let down by the Scottish Justice System, branding it "a joke".

She despaired: "People get caught with thousands of pounds worth of drugs and get years in prison, yet he gets to ruin my life and pretty much gets away with it.

"The justice system is a complete joke. To me the whole system is corrupt. I'm just absolutely devastated and feel so let down."