Holders USA have set a new record for FIFA World Cup finals, for either women or men, by thrashing Thailand 13-0 in their opening match of the 2019 tournament.

Alex Morgan, who scored five times in total, opened the goal spree for the title favourites, who are in pursuit of a fourth world crown, with a header in the 12th minute and from then on there was no stopping the champions. 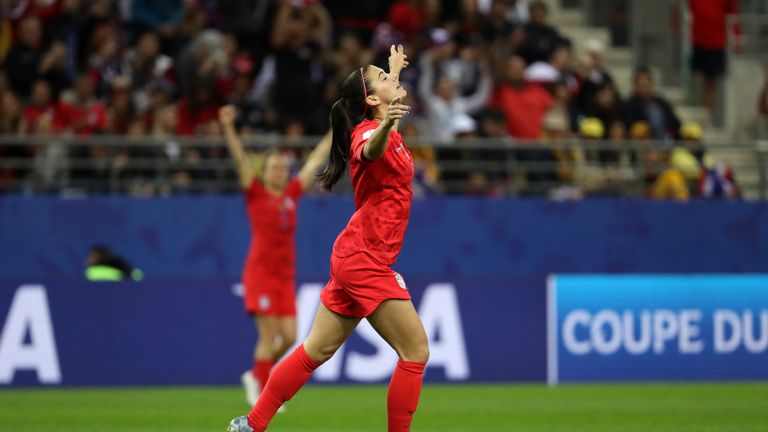 Eight minutes later, Rose Lavelle found the net with a left-footed shot while midfielder Lindsey Horan gave them a 3-0 lead going into the interval.

Samantha Mewis opened the floodgates five minutes after the break as USA made life miserable for the Thais by regularly finding the back of the net.

In total, seven Americans scored during the match – Morgan (5), Lavelle (2), Mewis (2), Horan, Megan Rapinoe, Mallory Pugh and Carli Lloyd all finding their way on to the score sheet in a performance that is bound to strike fear into all of those teams hoping to end the United States’ reign as world champions.

“We really wanted to showcase ourselves and what we’ve been preparing for and working on and I think we did that,” Morgan said.

“Every goal matters in this tournament and so that’s what we were working on in this game. We got a lot of attacks and I think we were really clinical in the number of attacks that we did get.” 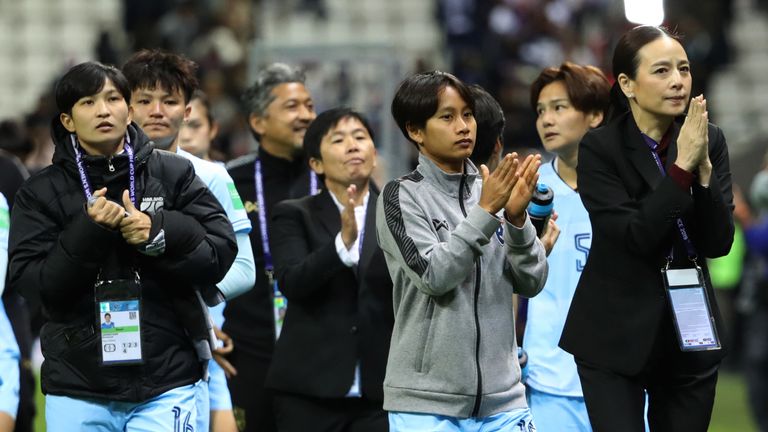 The size of the defeat clearly demoralised Thailand, ranked 34 in the world, with some of the players in tears and having to to be comforted by their American counterparts.

However the defeat clearly emphasised the gulf between the ‘haves’ and ‘have nots’ in the Women’s game, Thailand have played in four World Cup final games, losing three and drawing one, whilst conceding 21 times without ever having scored themselves.