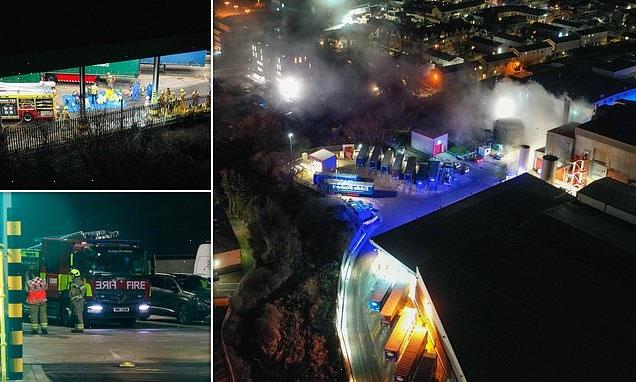 Two hundred workers were evacuated from a Coca-Cola factory last night after a chemical leak at the plant.

Employees left the site in Sidcup, Kent, before the London Fire Brigade arrived to  the incident on Wednesday evening.

The site was evacuated after a hydrochloric acid leak was identified at the warehouse on Cray Road, with no reports of any injuries.

The leak was isolated at around 10.30pm with firefighters remaining at the scene throughout the night taking readings of chemicals in the air. 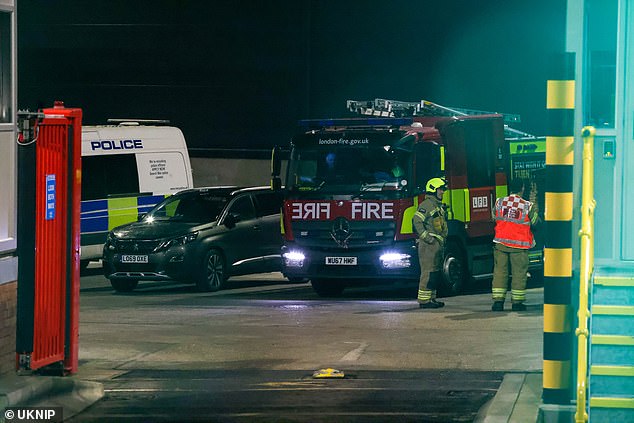 Firefighters were called to reports of a chemical leak at around 8.40pm on Wednesday 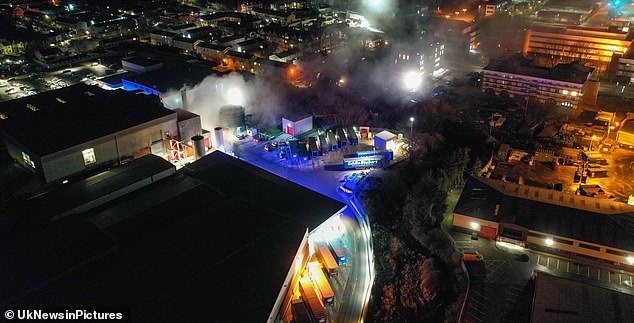 The site was evacuated before the London Fire Brigade arrived 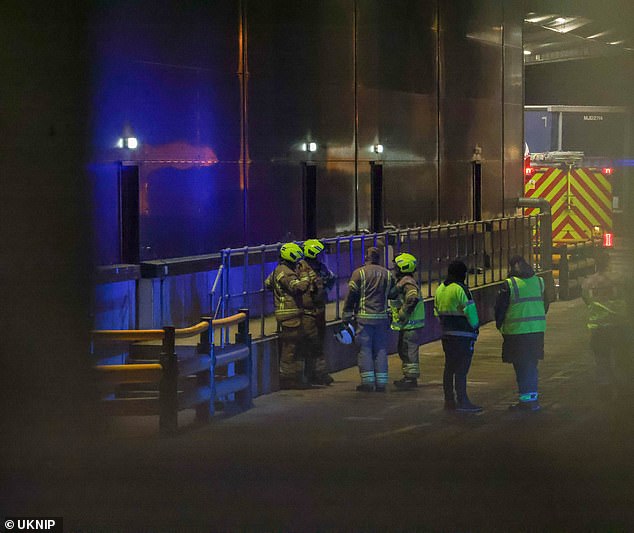 Firefighters at the scene of the Coca-Cola factory in Sidcup, Kent, where a gas leak was identified

Firefighters remained on scene overnight at the Coca-Cola facility in Sidcup, Kent

An LFB statement said: ‘We were called to a leak of hydrochloric acid at 20:39 on Wednesday evening.

‘Two hundred people were evacuated from the factory before we arrived.

‘We used chemical equipment to test the levels of chemicals in the area and worked on site to disperse it.

‘The leak was isolated at approximately 23:30 and we remained on scene throughout the night doing checks before we left. The incident is now over.

‘There was no evacuation of residents, and no-one was treated by emergency services. We are not aware of any advice to close windows and doors.’

A HSE spokesperson said: ‘HSE is aware of the incident and is making initial inquiries.’