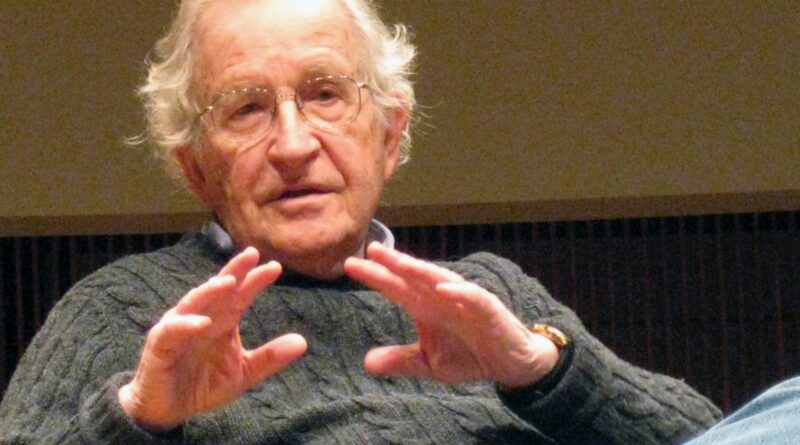 US professor Noam Chomsky, who is often described as one of the important thinkers of the modern era, has warned that the world could “move on to terminal nuclear war” if a peace treaty can’t be negotiated over Ukraine.

Between the certainty of climate crisis and the renewed possibility of a nuclear war between Russia and America, Chomsky says, “we’re approaching the most dangerous point in human history… We are now facing the prospect of destruction of organised human life on Earth.”

The 93-year-old philosopher whose family originated in what is now Ukraine, says that Vladimir Putin’s “criminal aggression” is “monstrous for Ukraine”.

Chomsky has been critical of US leaders in the past and doesn’t spare America’s current president Joe Biden.

He says of a Bush-era US promise that NATO had no ambitions to expand eastwards that“there’s a good deal of lying going on about this now”.

Chomsky is supportive of Biden’s statement that Putin “cannot remain in power” although, in an interview with New Statesman he adds that America appears to have rather less sympathy for the people of Afghanistan who are also “facing imminent starvation” – a fact he blames on Western sanctions.

While most Kremlin observers blame the war in Ukraine on Putin’s desire to expand Russia’s borders to the limits of the old USSR, and perhaps even beyond, but Chomsky puts at least as much blame on the West.

“In September 2021 the United States came out with a strong policy statement, calling for enhanced military cooperation with Ukraine, further sending of advanced military weapons, all part of the enhancement programme of Ukraine joining NATO,” he said.

But regardless of the rights or wrongs of the political situation, Chomsky added: "What we do know is that Ukraine will be further devastated. And we may move on to terminal nuclear war if we do not pursue the opportunities that exist for a negotiated settlement.”

Many of Chomsky's fans have latched on to the philosopher's sceptical take on the conflict between Russia and NATO.

Comedian turned podcaster Russell Brand is just one of those pointing the finger at Western powers, saying "if the reason that this war is wrong" is down to democratic principles then you have to promote democracy in your own country.

With support for the Ukrainian cause being universal, Brand's take hasn't exactly met with universal approval.

"He began his commentary career advising kids not to vote – reflecting his really shaky grasp of how power works".