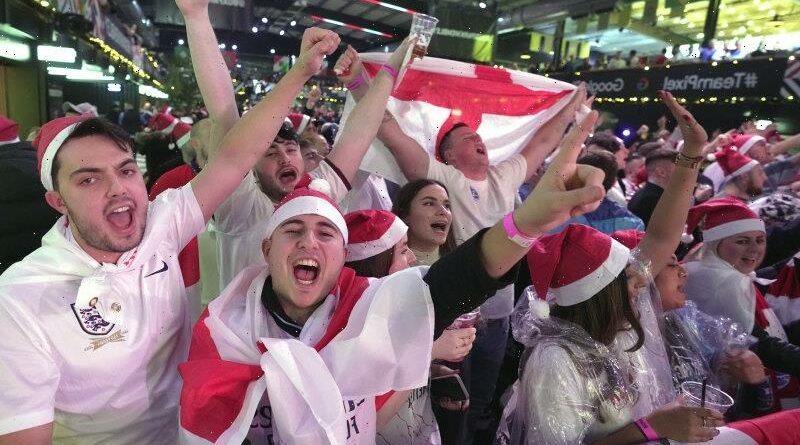 London: Fans of the beautiful game who filled bars, pubs and restaurants during the FIFA World Cup late last year have helped the United Kingdom stave off a much feared recession.

New figures from the Office of National Statistics show the British economy grew by 0.1 per cent in November, defying economists’ forecast of a contraction of 0.2 per cent.

“The largest contribution to growth came from food and beverage service activities in a month [when] the FIFA World Cup started,” the ONS said. 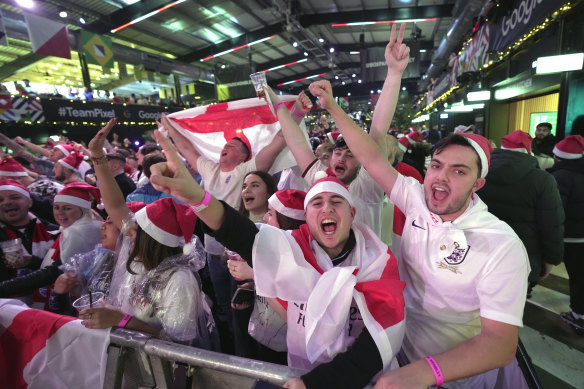 England fans wait for the start of the World Cup quarterfinal match between England and France at a fan zone in London.Credit:AP

Growth in manufacturing production, led by the pharmaceutical and chemical sectors, fell while construction remained flat.

But when measured in the three months to the end of November, gross domestic product contracted by 0.3 per cent.

Nevertheless, the unexpected reprieve comes against a horror few months in Britain, which has been plagued by strikes that have depressed economic activity. 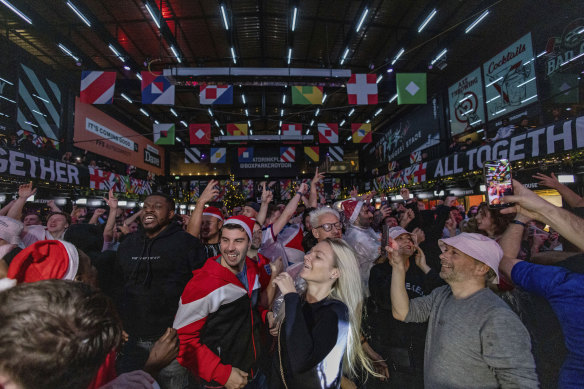 England fans watch the World Cup 2022 match between England and Senegal at Boxpark Croydon in London. Soccer fans helped the British economy by going out to watch the cup.Credit:AP

“It is no longer certain that the economy will meet the technical definition of a recession when the final data for 2022 is in,” said Kitty Usher from the Institute of Directors.

But it adds pressure on the Bank of England to continue lifting interest rates, something Usher believes is unnecessary. After hitting a high of 11.1 per cent in October, the current inflation rate is at 10.7 per cent, still well above the target of 2 per cent.

“The risk now is that rates will rise too far if inflation is already on a downward path due to changes in global energy prices,” she said.

The cash rate is currently at 3.5 per cent but economists think it could rise when the bank’s board next meets.

The government wants inflation halved by the end of the year. The Labour opposition said 13 years of Tory failure had left the economy on the floor.

The ONS said the December’s GDP figure would need to drop by about 0.5 per cent for fourth-quarter growth to be negative when rounded.

Earlier this week, US inflation fell further to 6.5 per cent sparking hopes of lower interest rate rises from the Federal Reserve.