There will be many reasons to praise Houston Astros ace Justin Verlander at the end of his career, but his performance in the World Series will not be one of them.

The two-time Cy Young Award winner and nine-time All-Star took the mound in Game 1 of the 2022 World Series on Friday and once again fell flat in the Fall Classic. Handed a 5-0 lead by the end of the third inning, Verlander eventually exited with the game tied after allowing five runs to the Philadelphia Phillies.

The 39-year-old righthander, widely considered the favorite for the AL Cy Young Award, didn't allow a baserunner until the fourth inning, but a two-out rally led to three runs scoring, two of them on an Alec Bohm double.

DON'T GO ANYWHERE, FOLKS! We have a game.

Alec Bohm brings in 2 and the Phillies have a 2-out rally!

The trouble continued one inning later, when the Phillies pounced with an RBI double from catcher J.T. Realmuto.

J.T. stands for JUST TIED THIS BALLGAME RIGHT UP pic.twitter.com/u33yqoIuaA

The damage could have been even worse, but Verlander managed to strand Realmuto with a groundout from Bryce Harper and strikeout of Nick Castellanos. That would be the end of his night, as reliever Bryan Abreu took over in the sixth inning.

The Phillies eventually won 6-5 to take a 1-0 lead in the best-of-7 series. Verlander's collapse — and the decision to keep him in during the fifth inning — loomed large.

Justin Verlander has been historically awful in the World Series

The Astros went scoreless in the bottom of the fifth, ensuring Verlander would have to wait for his first career win in the World Series.

Verlander has now appeared in five different World Series, making eight total starts. The results have been ugly: an 0-6 record and 6.07 ERA, the worst mark in the history of the Fall Classics (min. 30 innings pitched).

He has been even worse in Game 1s, holding a 10.29 ERA when opening the World Series, according to ESPN.

The Astros were clearly hoping for something different from Verlander, who was among the best stories in baseball this year by posting a 1.75 ERA in 175 innings with 220 strikeouts. One of the best pitchers of his generation, Verlander's World Series troubles have spanned 16 years and two different teams, all the way back to Game 1 of the 2006 World Series, when he yielded six earned runs to the St. Louis Cardinals as a rookie on the Detroit Tigers.

Of course, Verlander is hardly alone as an elite pitcher struggling in the postseason. Clayton Kershaw quite famously holds a below-average 4.22 ERA in the playoffs, while Verlander's former teammate Max Scherzer has looked human with a 3.58 mark plus a 7-7 record. 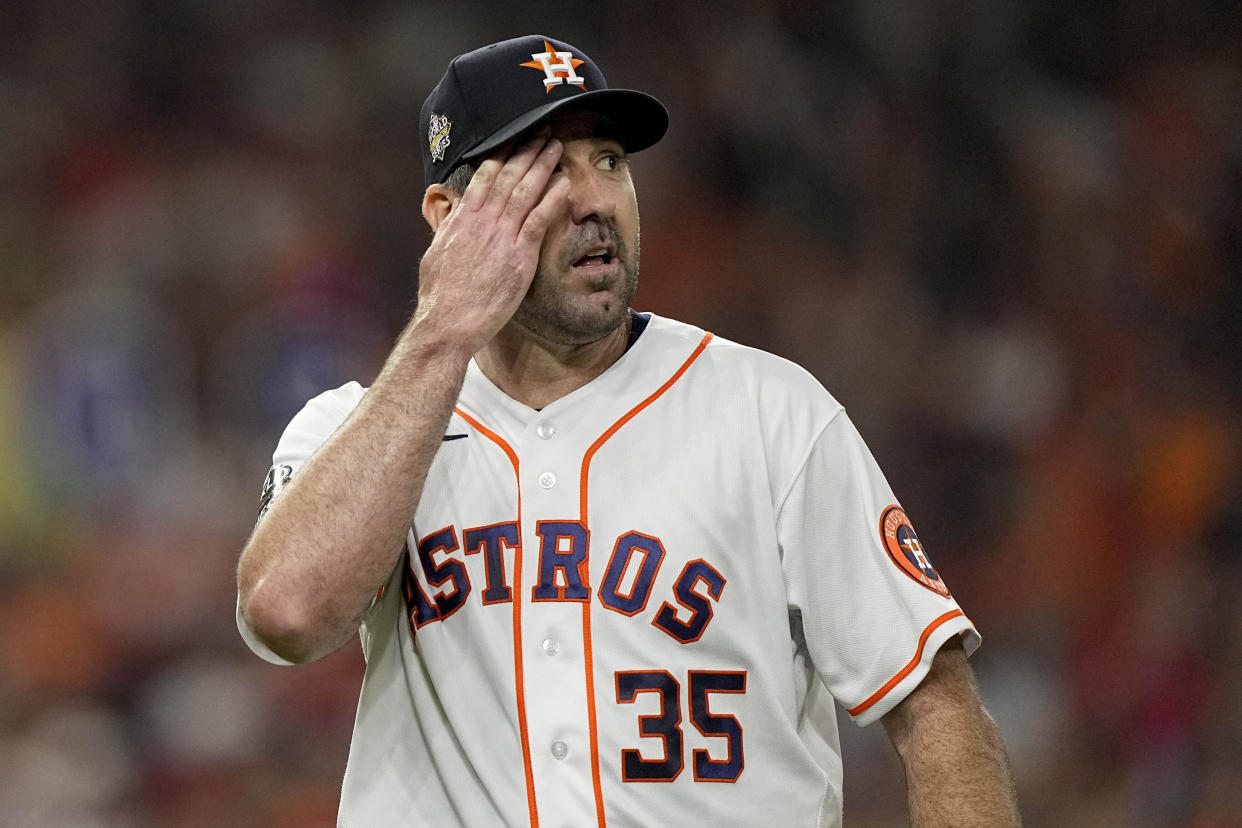