Tensions between India and China have already boiled over this year with a number of deadly border clashes. In June 20 Indian soldiers were killed during hand-to-hand fighting with Chinese troops along the countries disputed Himalayan border.

Speaking to The Hindu Thupstan Chhewang, formerly a member of parliament for the governing BJP party, claimed Chinese troops have seized Indian territory.

He said: “The border situation is critical.

“The Chinese troops have not only further transgressed into our areas but they have also occupied prominent positions in Finger 2 and 3 areas of Pangong Tso, even the Hot Springs area they have not fully vacated.

“This is what we have come to know from locals.” 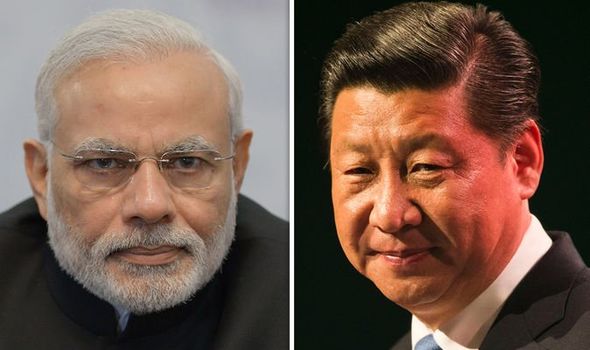 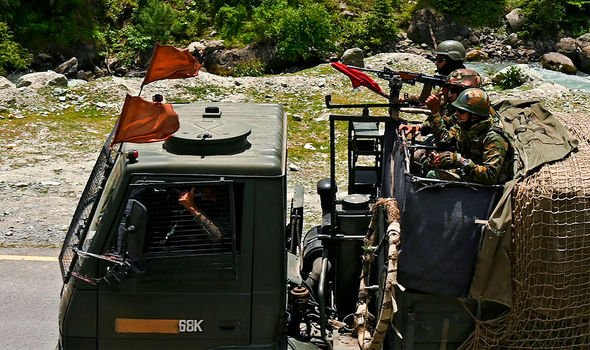 According to The Hindu Chinese soldiers have advanced eight kilometres into territory claimed by India.

The publication reports a military build-up of Chinese forces on the Depsang plains, south bank of Pangong Tso, Galwan and Gogra-Hot Springs.

Mr Chhewang added Indian troops facing their Chinese counterparts are living in tents and this is not sustainable long-term in such a cold area.

He commented: “The soldiers are put up in tents; this is not acceptable. 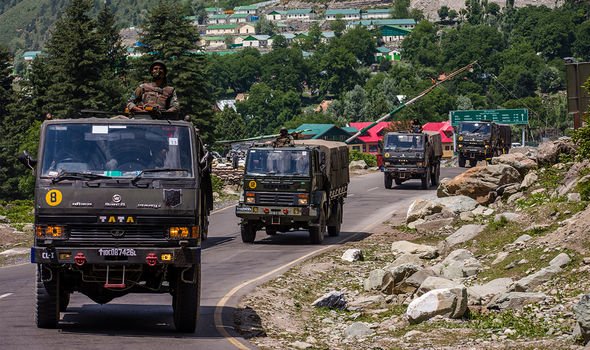 “If despite several negotiations, the government is not able to convince the Chinese to withdraw, then adequate shelter should be provided to the soldiers.”

On June 15 Indian and Chinese soldiers fought for six hours in the contested Galwan Valley.

As firearms are banned near the border the two sides battled using iron bars, clubs wrapped with barbed wire and rocks.

As well as the 20 Indian dead there were reports of Chinese casualties but these have not been verified by Beijing. 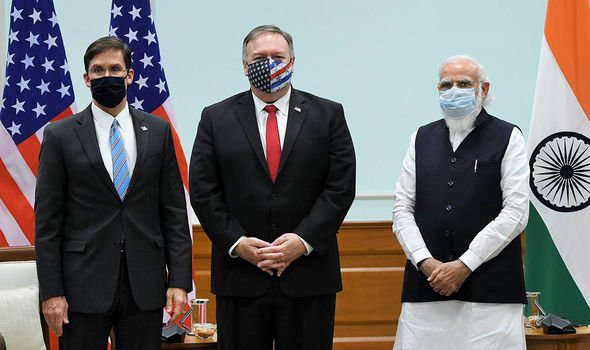 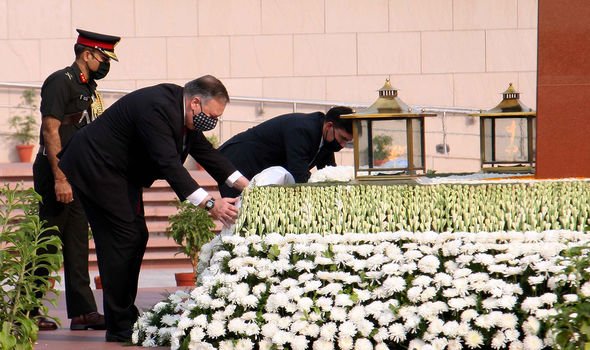 Many of the Indian soldiers who were killed either drowned or died from exposure after being injured.

The border clash caused outrage in India with anti-Beijing protests breaking out across the country.

In response the Indian Government banned a number of mobile apps, including TikTok, on national security grounds.

India has also formed closer security ties with the United States, Japan and Australia, all of which fear an increasingly assertive China.

The two powers signed a new agreement that will see them share military intelligence.

However, the move was described as a provocation by Wang Wenbin, a spokesman for China’s foreign ministry. 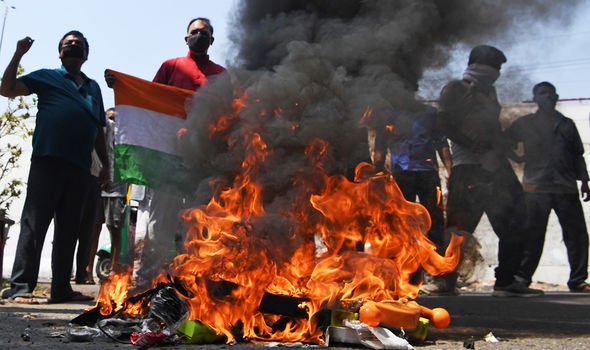 He said: “What it upholds is nothing but the dominating role of the United States and its hegemonic system.

“We urge certain US politicians to reject the Cold-War and zero-sum game mentality, and stop making erroneous moves like hyping up the so-called ‘China threat,’ sowing discord between regional countries, and undercutting regional peace and stability.

“We always hold that bilateral relations between countries should be conducive to regional peace, stability and development and should not undermine the legitimate rights and interests of any third party.”