Home » World News » World War 3: Joe Biden may ‘push US to conflict’ as Russia and China beef up nuke threats

The US elections are heating up after President Donald Trump returned to the Oval Office less than a week after being hospitalised by coronavirus. Mr Trump described the illness as “a blessing from God,” and said that all Americans should have access to the treatments he was given. During a fiery election debate, Republican Mike Pence and Democrat Kamala Harris clashed on the coronavirus crisis, the economy and race relations.

The pair went head-to-head over the Trump administration’s handling of the pandemic, a point that highlighted the parties’ sharply conflicting visions for a nation in crisis.

But it is not the only issue that the Biden team would handle differently.

In a recent interview, Mr Biden said it is important to keep troops in the Middle East to fight terrorism, and hinted at a budget increase for the US military under his presidency due to the need to focus on “near-peer” threats like China and Russia.

His campaign has already been critical of Mr Trump’s foreign policy, claiming insufficient action towards China, North Korea, Cuba, and Russia, as well as criticising Mr Trump for not acting like a “wartime president” in response to the pandemic. 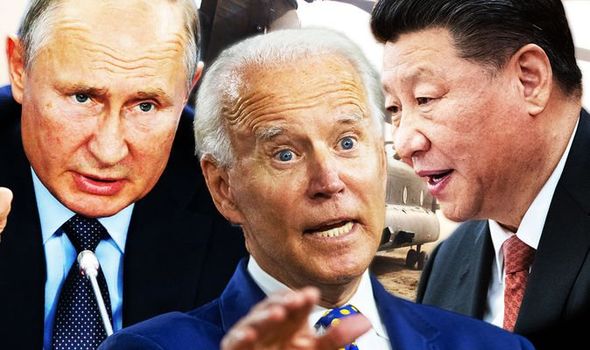 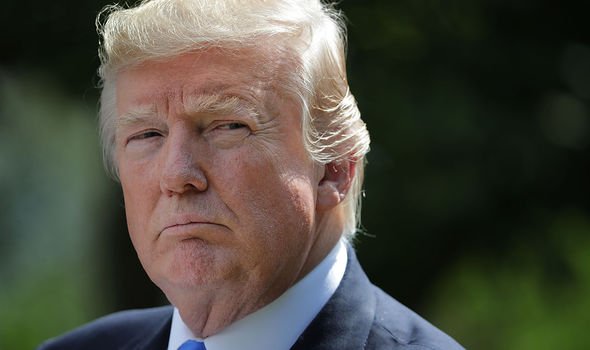 Mr Biden’s foreign policy advisor, Anthony Blinken, said the Democratic candidate’s campaign is too “tame on China and Russia” using “Cold War-era policy”, including “a liberal multilateralism – supplemented when absolutely necessary by the American military and a willingness to use it”.

But authors and foreign policy experts Derek Davison and Alex Thurston warn “the liberal establishment is desperate to return a centrist to the White House in November and re-establish the country’s more stable military dominance of the world order, disrupted only briefly by Donald Trump”.

The pair claim Mr Biden has a “terrible track record on foreign policy — including his championing of war in Iraq”.

When the war was debated and then authorised by Congress in 2002, Democrats controlled the Senate and Mr Biden was chair of the committee on foreign relations.

Mr Biden argued strongly in favour of the 2002 resolution granting President George W Bush the authority to invade Iraq, but did not directly push conflict. 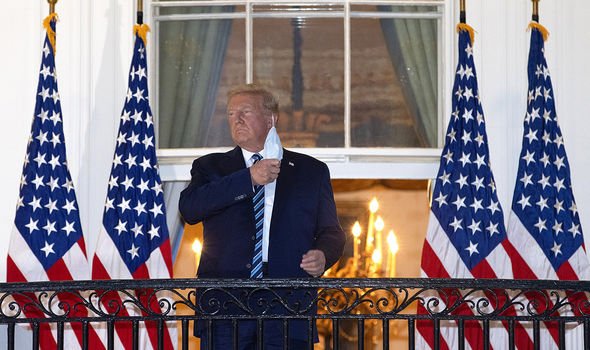 He said: “I do not believe this is a rush to war.

“I believe it is a march to peace and security.

“I believe that failure to overwhelmingly support this resolution is likely to enhance the prospects that war will occur.”

Mr Trump has often criticised his rival, claiming he was against the action, but in his 2000 book “The America We Deserve,” he argued that a military strike might be necessary.

It reads: ”I’m no warmonger. But the fact is, if we decide a strike against Iraq is necessary, it is madness not to carry the mission to its conclusion. 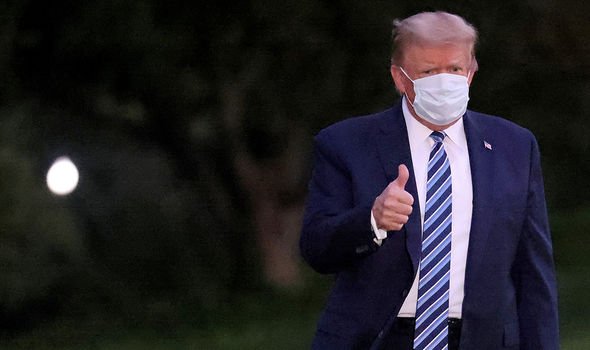 “When we don’t, we have the worst of all worlds – Iraq remains a threat, and now has more incentive than ever to attack us.”

But Mr Trump has made some progress on the global stage during his term.

He signed the first peace agreement with the Taliban and plans to bring home the last American troops in Afghanistan before Election Day.

He has also met with North Korea’s Kim Jong-un, offered direct talks with Iran and hailed the “dawn of a new Middle East” amid Israel’s landmark deals with the United Arab Emirates (UAE) and Bahrain.

And as Mr Biden’s team looks likely to take a more hands-on approach with foreign rivals, the former Vice President has stated he would try to scale back Mr Trump’s build-up in nuclear weapons spending. 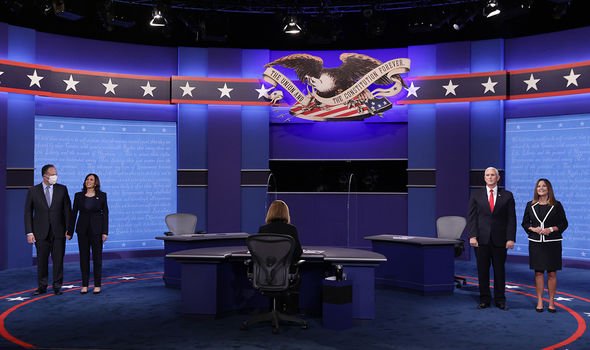 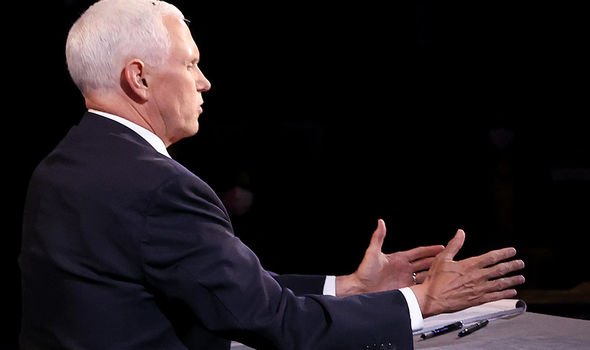 Mr Biden has not fully detailed his nuclear priorities, but he says he would make the US less reliant on the weapons, which have historically been used as a deterrent from starting World War 3.

Since the Cold War, Mutually Assured Destruction (MAD) has been an unwritten doctrine in which a full-scale use of nuclear weapons by two or more opposing sides would cause the complete annihilation of both the attacker and the defender.

In order to maintain this, countries constantly beef up their capabilities to match the rest of the world.

The two candidates’ views on nuclear weapons policy and strategy carry unusual significance in this election because the US is at a turning point in deciding the future of its weapons arsenal and because of the growing debate about the threat posed by Chinese and Russian nuclear advances.

Xi Jinping’s secretive state, whose relatively small nuclear force is growing in sophistication, is cited by the Pentagon’s top nuclear commander as a leading reason why the US should go all out on nuclear modernisation. 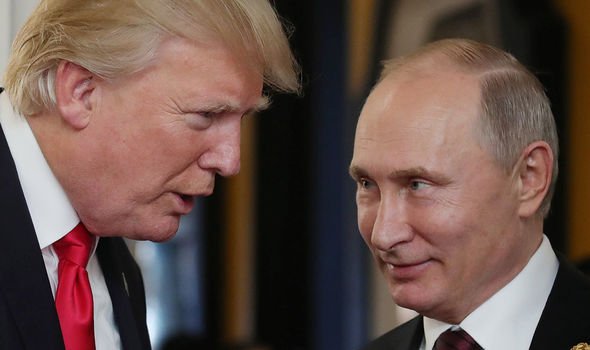 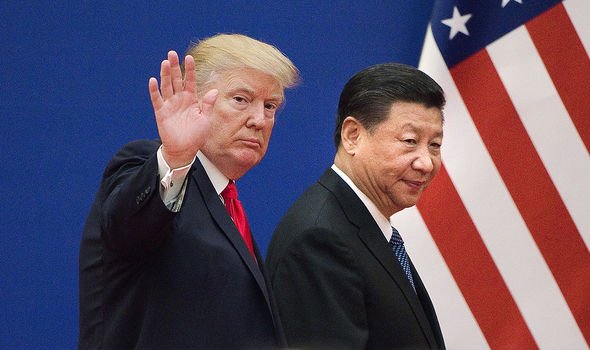 Charles Richard, the head of US Strategic Command, said: “We are going into a very different world.

“We are on a trajectory, for the first time in our nation’s history, to face two peer nuclear-capable competitors.”

He was referring to Russia and China, whose leaders, according to Mr Richard, have put a strategic nuclear buildup “next on their to-do list”.

He added that China could become a peer “by the end of the decade, if not sooner”.

If re-elected, Mr Trump would be expected to stay on his path of modernising the nuclear arsenal, which has support in Congress despite growing budget pressures. 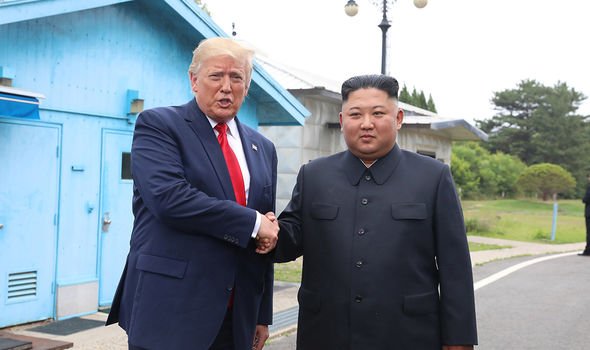 Less clear is how the Trump administration would approach nuclear arms control.

Mr Trump’s administration has walked away from one arms control deal with Russia and baulked at extending an Obama-era strategic nuclear treaty with Moscow that Mr Biden says he would keep in place.

He said in 2017: “If future budgets reverse the choices we’ve made, and pour additional money into a nuclear buildup, it harkens back to the Cold War and will do nothing to increase the day-to-day security of the United States or our allies.”