London: Shock waves from huge bombs dropped on Germany during World War II were powerful enough to alter the atmosphere at the edge of space, scientists have learnt.

The Allied bombing raids that began in 1942 caused unparalleled devastation on the ground as cities such as Dresden and Hamburg were reduced to rubble and ash. 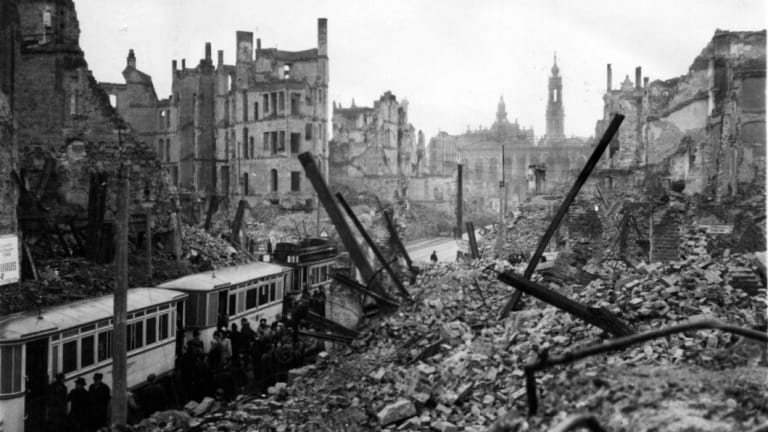 Massive explosions of huge bombs that destroyed cities such as Dresden also disturbed the ionosphere hundreds of kilometres above the earth.

But new research shows the massive explosions of heavy bombs that included the 10 tonne "Grand Slam" also temporarily disturbed the ionosphere hundreds of kilometres above the earth.

The ionosphere, which extends from an altitude of about 50 to 1000 kilometres, is electrified by radiation from the sun and space.

At the height of the bombing raids the electrical charge it carried was significantly weakened, the study revealed.

A team from the University of Reading made the discovery after comparing detailed records of the raids with data from British wartime scientists investigating the upper atmosphere.

Between 1943 and 1945, staff at the Radio Research Centre at Ditton Park, near Slough, fired a series of short wave radio pulses 100 to 300 kilometres above the earth's surface. 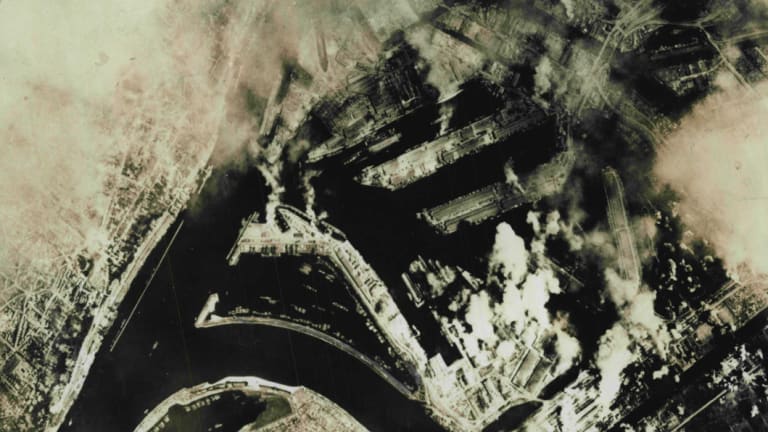 Hamburg, when this photo was taken from an American Flying Fortress during World War II, was the most heavily bombed city of its size in the world.

Echoes from the radio signals bouncing off the ionosphere layers revealed information about their height and electrical intensity. But unknown to the researchers, the data they recorded also bore a chilling hallmark of war.

Chris Scott, Professor of Space and Atmospheric Physics at the University of Reading, said: "The work at Slough was routinely analysing the height and intensity of these layers to understand how they vary, but what they didn't realise at the time was that they actually contained the signatures of the war itself.

"The images of neighbourhoods across Europe reduced to rubble due to war-time air raids are a lasting reminder of the destruction that can be caused by man-made explosions. But the impact of these bombs way up in the earth's atmosphere has never been realised until now.

"It is astonishing to see how the ripples caused by man-made explosions can affect the edge of space. Each raid released the energy of at least 300 lightning strikes."

The state of the ionosphere is known to be strongly influenced by solar activity and to a lesser extent natural phenomena such as thunderstorms, volcanic eruptions and earthquakes.

Professor Scott said: "Because we know the energies involved in these explosions, that gives us a real quantifiable way of assessing how much energy is required to make the ionosphere wobble."

The research is published in the European Geosciences Union journal Annales Geophysicae.