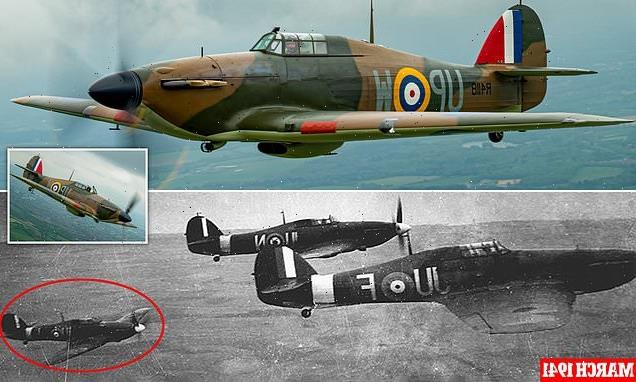 Soaring high over 80 years later: World’s LAST remaining flightworthy Hurricane from the Battle of Britain in 1940 takes to the skies over Berkshire

The world’s last flightworthy Hurricane from the Battle of Britain, which spent decades rusting away at an Indian university, has been pictured soaring through the skies over Berkshire after it was lovingly restored to working use.

Hurricane R4118, which flew 49 sorties and shot down five enemy aircraft during the Second World War, only flies during the summer months, during which members of the public can pay to fly alongside it in a second aircraft.

Photographer Lisa Harding took to the air on Sunday, May 1,  and captured these stunning air to air shots of the plane, which is based at White Waltham Airfield in Berkshire. 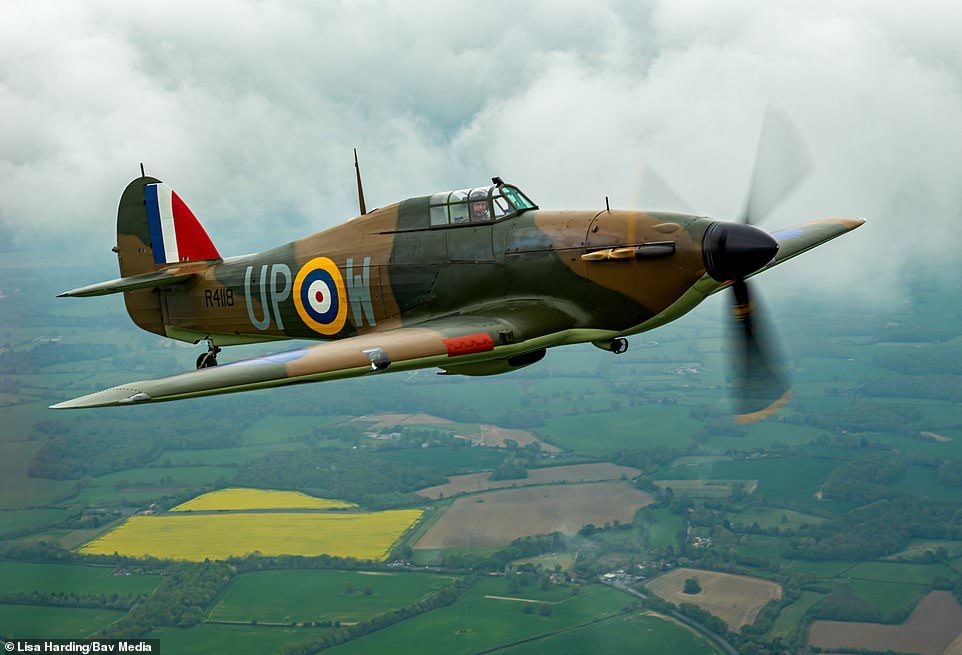 Hurricane R4118 (pictured) flew 49 sorties and shot down five enemy aircraft during the Second World War. It is one of the last flightworthy Hurricanes from the Battle of Britain 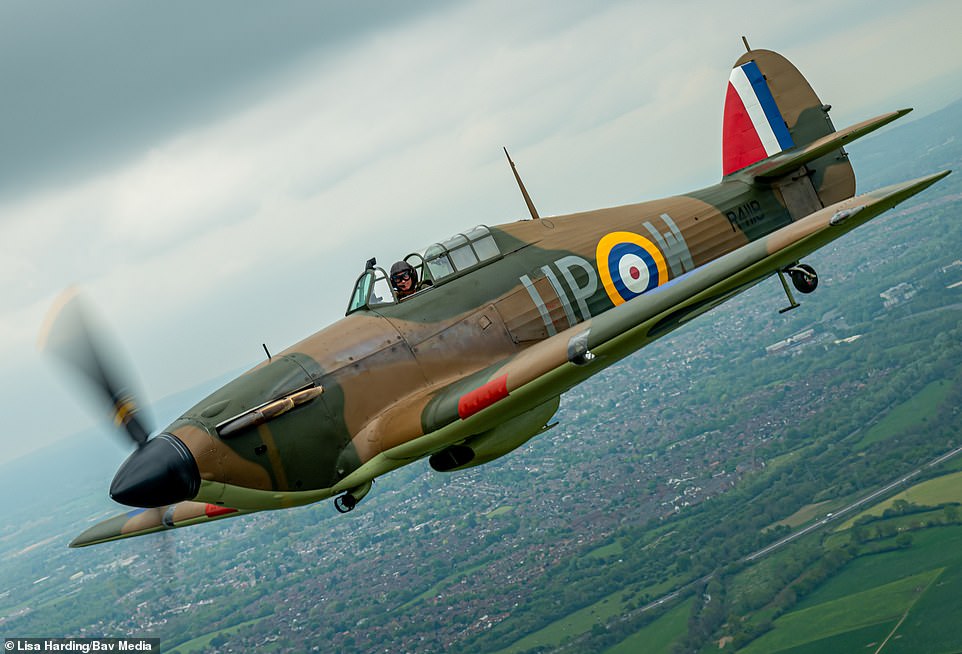 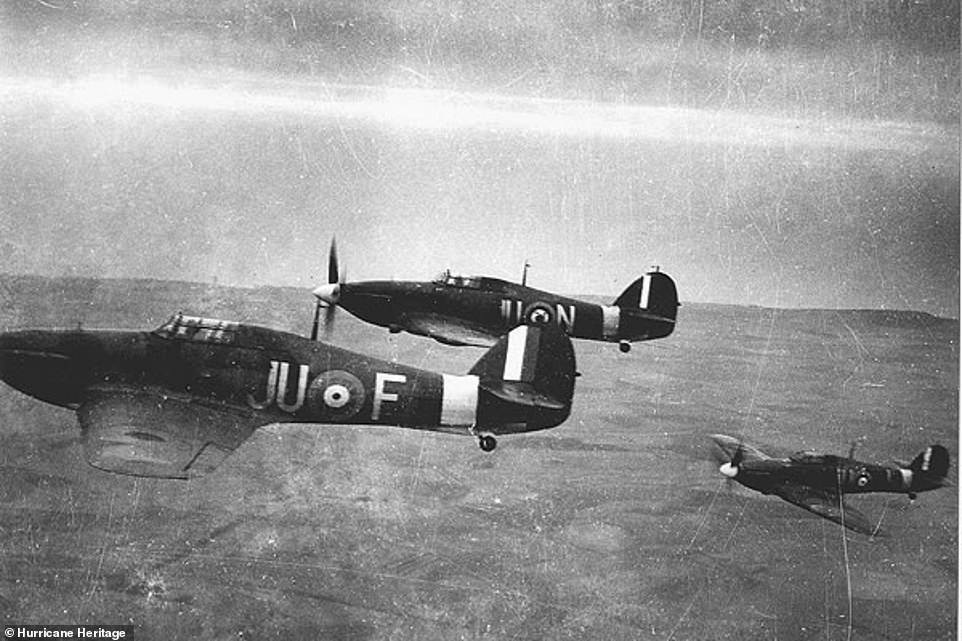 The aircraft, pictured bottom right here in March 1941, was flown by 605 Squadron during the Battle of Britain, which raged from July to October 1940

The aircraft is also hangered alongside the world’s only two seater Hurricane which was recently converted to allow members of the public to experience flying in one of the historic warbirds.

The iconic plane had been left to rust in India after the end of the war when it was sent to Mumbai and later donated to a university for engineering students to study.

In 1996 it was bought by enthusiast Peter Vacher, who spent four years working to get it back into flying condition, and would later write a book title ‘Hurricane R4118’ about his experiences.

Mr Vacher, a former printer, spotted the Hurricane R4118 rotting hulk in 1982 on a visit to a university at Benares, north-east India, but did not immediately realise what it was.

The plane had been given to engineering students in 1947 after the war in the Far East came to an end. The fuselage was lying in a compound with the propeller, wings and tailplane spread out over the ground.

Speaking to MailOnline in 2014, Mr Vacher said: ‘It looked like a pile of junk, but once I had found out what it was, I became obsessed with restoring it.’ 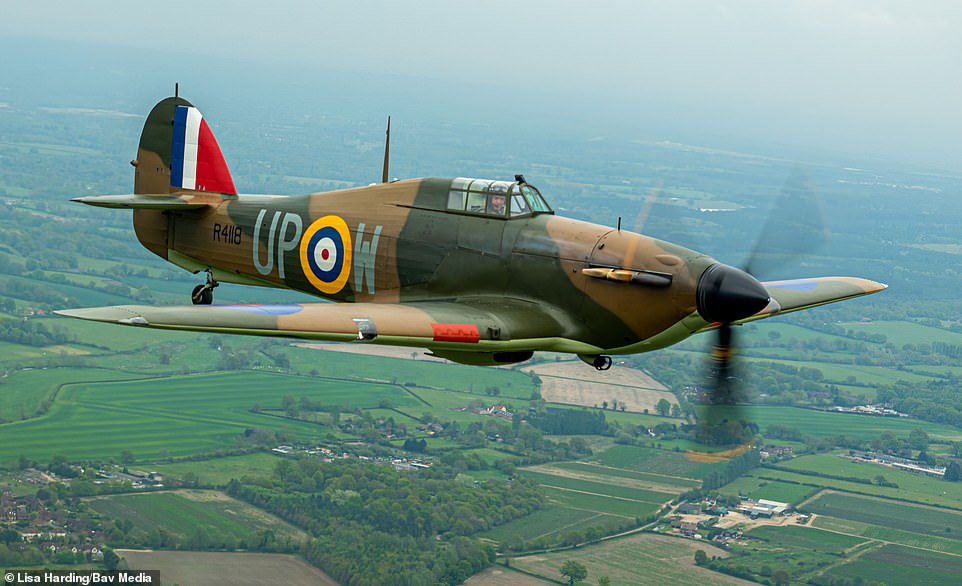 It took four years and 32,000 hours of restoration work, including renovating a Rolls-Royce Merlin III engine, before the Hurricane was once again airworthy. It has since flown in public more than 100 times.

Mr Vacher then put it up for sale for £2.5 million in 2014, and amid fears it would be sold and shipped off to the United States, it was bought by software entrepreneur James Brown who has kept it in the UK with his company Hurricane Heritage. 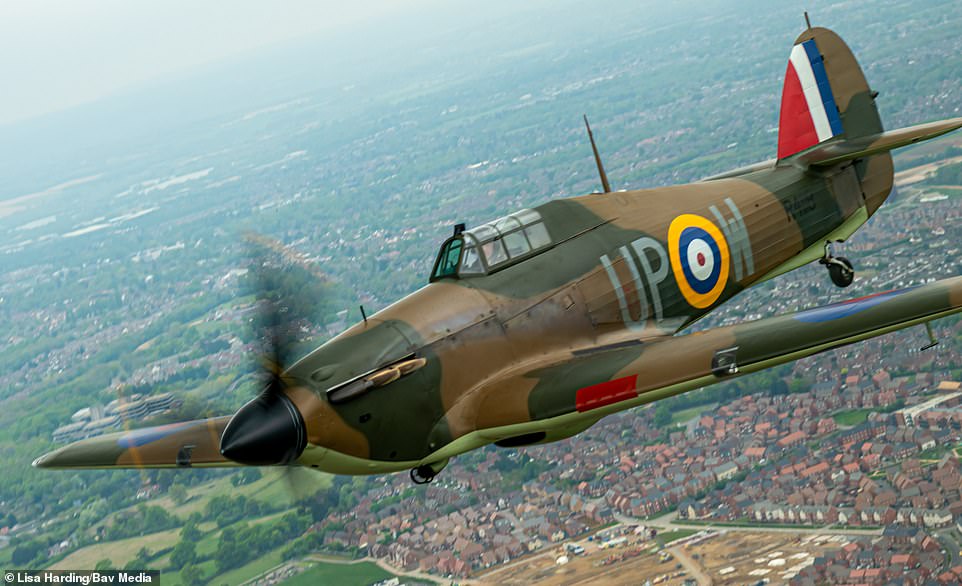 Its former owner Peter Vacher spent four years restoring the aircraft before putting it up for sale with a price tag of £2.5 million in 2014

The Hawker Hurricane experience costs from £3,875 for 30 minutes in the air.

Mr Brown said: ‘Most people have never flown in an aircraft where you have another one alongside you. But it’s also very rare to have a second Hawker Hurricane.

‘We’ve only been able to offer it to a couple of people so far but they have been blown away. To have one appear on your wing 50ft away is absolutely thrilling.’

Hawker Hurricanes were brought into RAF service in 1937, two years before the outbreak of the Second World War. 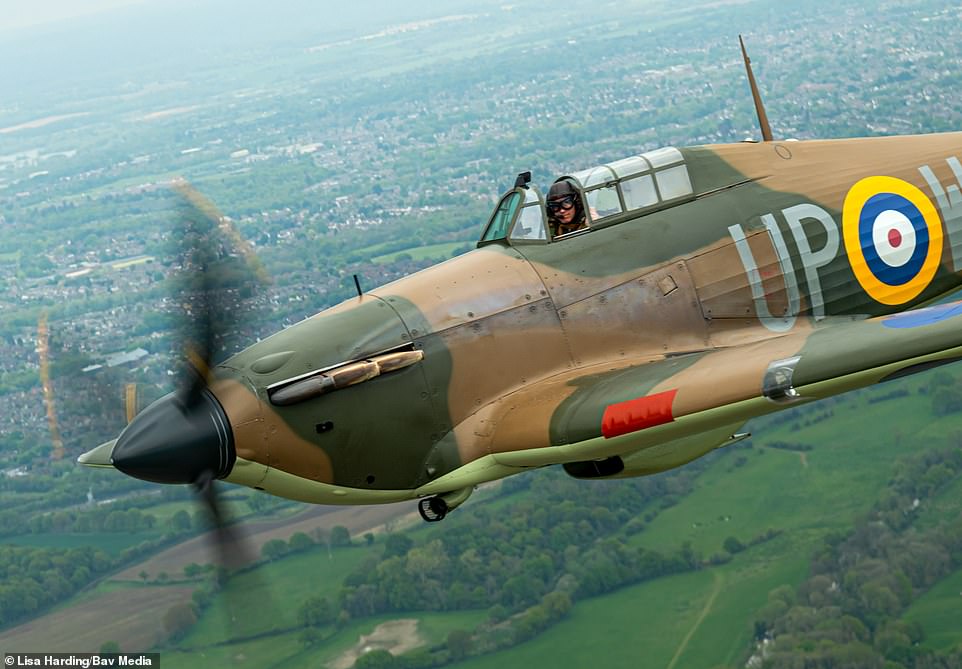 Am id fears the aircraft could be shipped off to the United States it was bought by software entrepreneur James Brown, founder of Hurricane Heritage, who kept it in the UK

It would play a vital role in the defence of the UK during the Battle of Britain, which raged in the skies between July and October 1940,  destroying more enemy aircraft than all air and ground defences combined, according to the Royal Air Force Museum.

A total of 14,487 Hurricanes were built in Britain and Canada between 1937 and 1944, with variants including bomber-interceptors, fighter-bombers and ground support aircraft, as well as fighters.

They inflicted 60 per cent of Luftwaffe losses in the Battle of Britain and took part in all the major theatres of the Second World War.

When it came into service it was more than 100mph faster than other aircraft used by the RAF, although it would later be surpassed in speed by the Spitfire.

Following the conclusion of the Battle of Britain, squadrons using the aircraft made vital contributions in the defence of Malta, the war in North Africa and in the Far East in the war against Japan.