Home » World News » Worried about AstraZeneca? Me too. The way we think about risk might be the problem 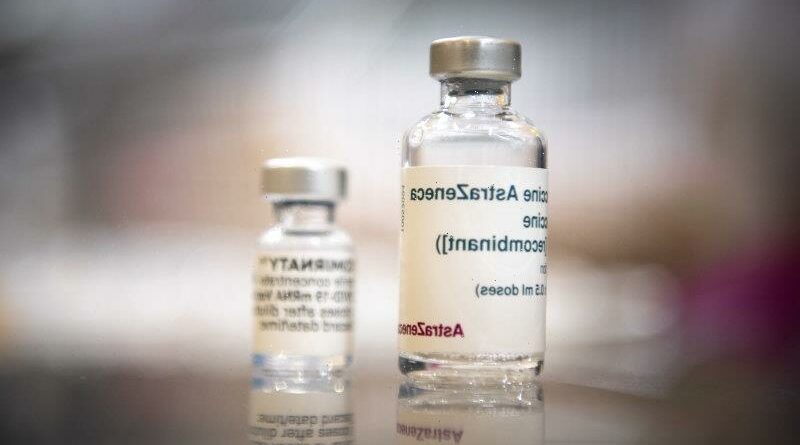 Examine, a weekly newsletter written by national science reporter Liam Mannix, is sent every Tuesday. The latest instalment is below. Sign up to get it in your inbox here.

I have spent nearly the entire pandemic reporting on the science of vaccines. The evidence leaves us in no doubt: they are one of humanity’s greatest medical inventions and are directly responsible for saving tens of millions of lives.

Hence, why I’m surprised that I find myself fretting just a little as I wait for Thursday – when I’m scheduled to get my first AstraZeneca jab. 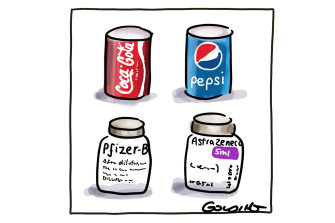 I know the risk pales in comparison to others I take every day, yet I am worried about getting a blood clot and dying.

The answer to why this is – why I find myself worrying far more about AstraZeneca’s side effects than I probably should – reveals how our brains think about risk. And how they often get it wrong.

That’s a risk of death of something like 0.00009 per cent. That pales in comparison to the known risk of sudden death of some other activities I undertake, like drinking too much, riding a scooter in Bali (fun but, on reflection, very stupid), or, you know, driving my car.

And, unlike drinking too much beer, getting a vaccine comes with all sorts of direct and indirect benefits to me and my community, not the least of which is protection from a virus that has a 0.004 per cent chance of killing me.

Something’s wrong here, isn’t it? Why am I more worried about a side effect that is rarer than binge drinking or car driving? If my brain were evaluating risk accurately, wouldn’t I find the sight of a large pint of beer worrying – and an AstraZeneca jab no cause for concern at all? 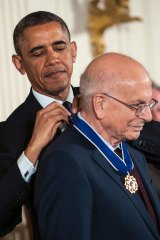 President Barack Obama presents the Presidential Medal of Freedom to psychologist Daniel Kahneman at a ceremony held at the White House on Nov. 20, 2013.Credit:New York Times

We like to think of our brains as rational problem-solving machines, weighing up the evidence and making decisions. And, yes, we can do this – but it’s hard work. We have to stop and think. By design, the brain makes many decisions using shortcuts that allow it to make a quick and good-enough decision.

These shortcuts are known as heuristics. Many of them were discovered by Daniel Kahneman and Amos Tversky – a pair of Israeli psychologists made famous in the book Thinking, Fast and Slow.

They work wonderfully well – until they don’t.

Here’s the first problem: our brains struggle to understand risks at the extreme – either very high or very low. It’s hard to imagine what 0.00009 per cent means, so our brains think ‘very low risk’, when the risk is actually much smaller than that.

Another mental shortcut: the availability heuristic. Here’s how it works.

The brain calculates probability and risk, it seems, by trying to bring to mind how many examples of a thing it can think of. The easier an idea, thought, or risk is to bring to mind, the more weight the brain gives it. If we are comparing two risks, our brains will increase the likelihood of the one that comes to mind first.

This might have been a good way for our ancestors to judge the risks of getting eaten by a lion. It is less useful now, in part because it is so strongly affected by media coverage. Our recall of events typically comes from seeing them in the media, but the media does not give equal coverage to all events.

This has all sorts of strange effects. For example, the average person is likely to believe murder occurs more than suicide, or more people perish in fires than by drowning, perhaps because of media coverage, or because murder and fire are particularly vivid images. Neither is true.

“Every day, about three people die in a car accident. Imagine if that was front-page news every day,” says Associate Professor Vally. “The reason we don’t think about car accidents is because it has become normalised. It’s part of everyday life.”

We tend to worry more about meningococcal disease, which can leave a person with an amputation, than influenza – despite influenza killing many more Australians every year.

We’re more worried about dying in a plane crash than a car crash, despite car crashes being much more common. And what about the determined campaigning we see from communities against natural-gas drilling, while in other places people live happily in towns on earthquake fault lines or built on top of volcanoes?

“When deciding whether to get the AstraZeneca jab, people are sometimes hesitant because of the incredible amount of media coverage about the risk of blood clots, the personal stories that are presented, and the rare reports from all over the world,” says Jason Tangen, associate professor of cognitive science at the University of Queensland.

“The same goes for reports of vaccine side effects. When thinking about whether to get the jab or not, these examples easily flood to mind.”

Making matters worse for our brains, they tend to hunt for events to recall. It’s much easier to ‘bring to mind’ people dying from an AstraZeneca vaccine than all the people who have quietly had their lives saved by it, Associate Professor Tangen says.

AstraZeneca’s blood-clotting issues are rare and unusual, which makes them great candidates for media coverage and also easy to recall when thinking about risks.

“What doesn’t flood to mind are the many tens of thousands of people who got the jab without any ill effects whatsoever. Of course, these examples don’t come to mind, because we don’t hear about them.”

A second heuristic, known as the affect heuristic, might also be at play. This suggests people pay as much or more attention to emotional stories they may have heard than cold statistics. How your brain feels about the risk influences how likely you think it is. You can see how stories about blood clots might be more compelling to the brain than statistics about how rare they are.

You can see how easily our brains can stray from cold rational decision-making. But we don’t have to fall prey to these heuristics, says Associate Professor Tangen. Remember, they are shortcuts to allow us to make quick decisions. If we want to make high-quality, evidence-based decisions, we merely need to take our time and think through the data.

“We often find ourselves slipping into this way of thinking a lot of the time. But we can also be more deliberate,” Associate Professor Tangen says.

“If we find ourselves falling for these traps, we are smart enough to think our way out of them. Both things are going on: we’re not at the whims of all these shortcuts, we’re smarter than that. We can stop, take a breath, and be more deliberate.”

If you appreciated this article, consider signing up to receive Examine, a free newsletter, each week in your inbox.