Washington: A veteran who lost his genitals from a blast in Afghanistan has received the world's most extensive penis transplant, and doctors said Monday he is recovering well and expected to leave the hospital this week.

Saying they wanted to address "an unspoken injury of war," 11 Johns Hopkins University surgeons rebuilt the man's entire pelvic region – transplanting a penis, scrotum and part of the abdominal wall from a deceased donor – in a highly experimental 14-hour operation last month. 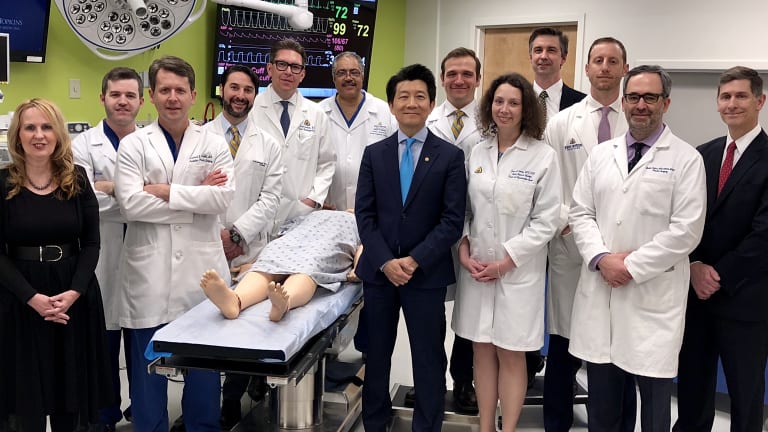 A team of nine plastic surgeons and two urological surgeons was involved in the 14-hour transplant surgery.

The loss of a penis, whether from cancer, accident or war injury, is emotionally traumatic, affecting urination, sexual intimacy and the ability to conceive a child. Many patients suffer in silence because of the stigma their injuries sometimes carry.

Candidates face some serious risks, including rejection of the tissue and side effects from anti-rejection drugs that must be taken for life.

But penis transplants have generated intense interest among veterans from Iraq and Afghanistan, and a few years ago Hopkins surgeons began planning and rehearsing how to perform such a complex operation in patients with widespread tissue damage.

The Department of Defense Trauma Registry has recorded 1,367 male service members who survived with genitourinary injuries between 2001 and 2013. It's not clear how many victims lost all or part of the penis.

Hopkins is screening additional veterans to see if they are good candidates for this type of reconstructive transplant. Finding donors is an additional hurdle: In the US, people or their families who agree to donate organs such as the heart or lung must be asked separately about also donating a penis, hand, face or other body part.

The Hopkins patient received an extra experimental step, an infusion of bone marrow from his donor that research suggests may help a recipient's immune system better tolerate a transplant. Surgeons said that is enabling the veteran to take one anti-rejection drug instead of several.

In a statement from Hopkins, the patient was quoted as saying: "When I first woke up, I felt finally more normal… [with] a level of confidence as well".

“It’s a real mind-boggling injury to suffer, it is not an easy one to accept,” he said.

The family of the donor said they have "several veterans in the family" and released a statement saying they were "very proud that our loved one was able to help a young man that served this country".

"[He] would be proud and honoured to know he provided such a special gift to you," they said.

The surgery is the latest breakthrough for the Hopkins reconstructive team. In 2013, the team performed a double arm transplant on Brendan Marrocco, who lost both of his arms, as well as his legs, in the Iraq war when the armoured vehicle he was driving ran over a bomb in 2009. He was the first soldier of the Iraq and Afghanistan wars to lose all four limbs in combat and survive.