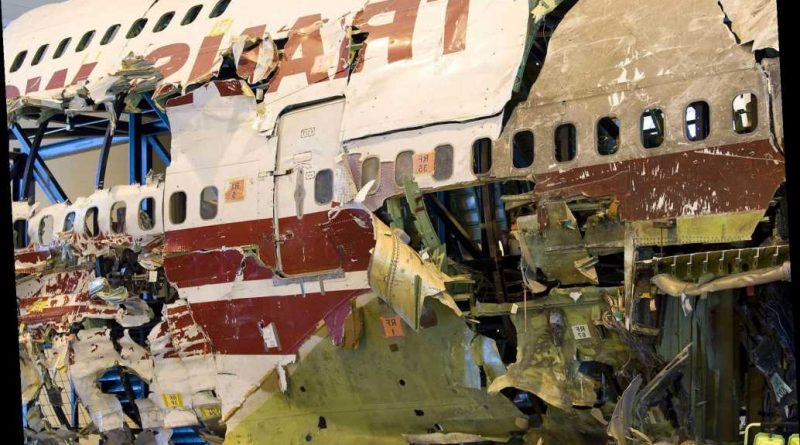 Nigerian military plane crashes in front of screaming crowd, killing all 7 on board

The wreckage of TWA Flight 800 is set to be destroyed — nearly 25 years after the doomed aircraft crashed off the coast of Long Island, killing all 230 people on board.

For the last two decades, the reconstructed Boeing 747 has been housed in a Virginia hangar and used by the National Transportation Safety Board as a training tool for accident investigators.

But the federal agency on Monday announced it planned to decommission and destroy the wreckage, as its lease on the 30,000-square-foot Ashburn warehouse is set to expire.

The plane exploded over the Atlantic Ocean off of East Moriches at 8:31 p.m. on July 17, 1996, some 12 minutes after it took off from JFK Airport on a trip to Paris.

It took weeks for investigators to pull pieces of the wreck from the waters before meticulously putting it back together.

The ensuing four year-long probe was one of the most complicated and expensive in aviation history.

“The investigation of the crash of TWA Flight 800 is a seminal moment in aviation safety history,” NTSB Managing Director Sharon Bryson said in a statement.

It resulted in the agency issuing new safety recommendations “that fundamentally changed the way aircraft are designed,” Bryson said.

Investigators determined that the tragedy was likely caused an explosion in the center wing fuel tank. Evidence showed the blast was the result of an electrical failure that ignited the flammable fuel/air mixture in the tank.

The NTSB then used the reconstructed wreck as a teaching tool, training an average of 2,622 students, including investigators and staff, annually between 2015 and 2019 alone.

The agency said it plans to stop using the reconstruction as of July 7 — less than two weeks before the 25th anniversary of the crash.

It will then “thoroughly document” it using 3-D scanning techniques and “the scanned data will be archived for historical purposes,” the agency said.

As part of an agreement with the families of the victims, the wreckage was only ever used as a training implement and never exhibited for public display.

“To honor this agreement made with the families of the victims of TWA Flight 800, the NTSB will work closely with a federal government contractor to dismantle the reconstruction and destroy the wreckage.”