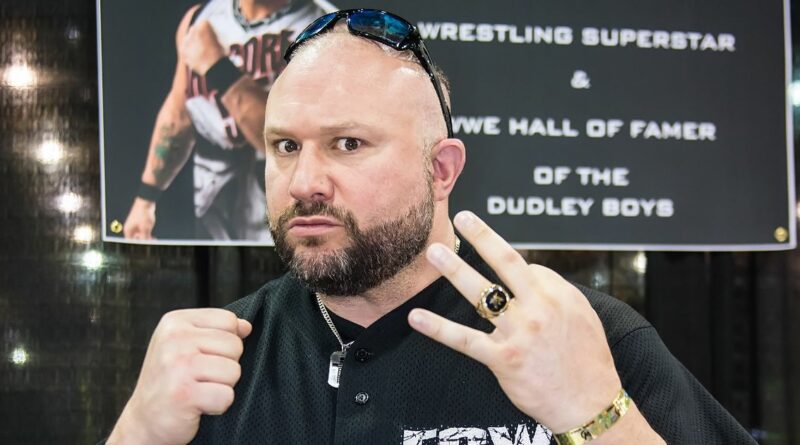 Get the latest wrestling news and takes direct to your inbox

Wrestling legend Bully Ray has revealed he has kept a staggering specific record of the amount of times he has put a person through a table ahead of his title fight with Josh Alexander at the Hard to Kill PPV.

The ex-ECW and WWE star has made a career of putting huge wrestling stars through tables as part of iconic tag team the Dudley Boyz.

Now two-time Impact World Champion has already proven everything he has to in the ring, he told Daily Star, but is confident of another positive result when he takes on the reigning champion.

The Self-proclaimed "Emperor of Pro-Wrestling", Bully Ray (formerly known as Bubba Ray Dudley during his WWE days) appeared confident of a title win, and spoke of his "hate" toward ageism in wrestling.

Beyond that though, the two-time champion hopes to make it three, and is planning on "shocking the world again" in the main event.

"But let's be honest, I've done this before. You're talking to the guy who's responsible for putting the most asses in seats at any Impact PPV. Over 7,000 people paid to be there that night when I shocked the world.

"I plan on shocking the world again, this coming Friday, in a sold out centre stage, live on Fite TV all over the world, where I defeat Josh Alexander."

Alexander, the longest-reigning Impact champion, will take on Bully Ray at the Hard to Kill PPV on Friday, January 13.

Title contender Bully Ray maintained however, that he had "put the crown on top" a "long time ago" during his first run as champion.

He said of the Hard to Kill match: "This was more about coming back and proving to everybody that I could still do it, and do it at a level that still draws eyes to the product.

"I hate people in pro wrestling, whether that's fans or wrestlers, who bring age into the conversation. There is not one single wrestler on the planet today who generates the type of heat I do. I am the emperor of pro wrestling."

Bully Ray, who revealed he had put people through a table "3,217 times" and only been thrown through one himself "27 times", will take on Josh Alexander in the main event of Hard to Kill.