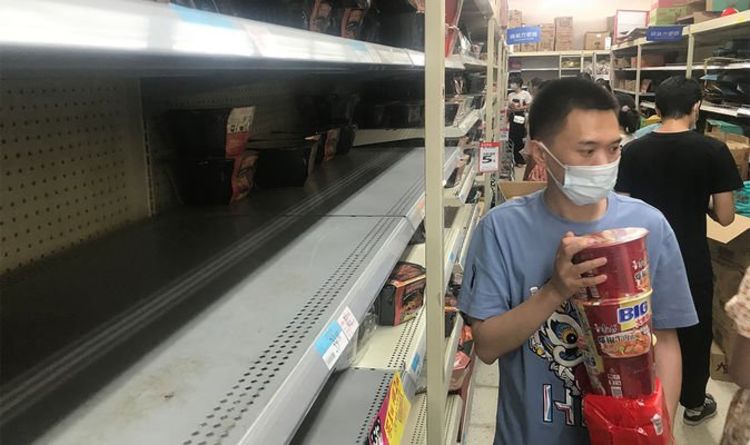 Iain Dale shuts down Femi over 'scientific advice' on coronavirus

In December 2019, the first case of COVID-19 was detected in Wuhan before spreading across the world. Now, Chinese authorities plan to test more than 11 million people living in the city after the Delta variant caused a resurgence of the virus in the country.


In response, mass testing has been in the city launched in a bid to tackle the new outbreak.

Wuhan had reported no local coronavirus cases since May 10 last year.


The city had entered a 76-day lockdown in January, which drove cases down to virtually zero and allowed life to return largely to normal.

In response to the outbreak of cases, millions of people have been confined to their homes.


Residents in Wuhan packed into supermarkets to stock up on groceries and household supplies in preparation for further lockdowns.


Domestic transport links have been cut and mass testing rolled out, with tourists barred in holiday destinations during the peak summer season.

Officials on Tuesday vowed to “calm the panicked mood of city residents”, announcing that shops had promised to keep prices and supply chains stable.

People’s Daily, the largest newspaper group in China, said evidence suggested the new outbreak is due to the Delta variant of Covid, first recorded in Indian.


It said: “Viral genome sequencing found all the strains to be the highly infectious Delta variant and cities hit by the recent resurgence have promptly taken action to curb the spread of the coronavirus.”


They said: “[T]heir performances will be part of their career reviews.”

Hubei Province, which includes Wuhan, is one of 14 provinces in China hit by the new outbreak.


Nanjing health officials have said that the outbreak began on July 10 when cleaning staff at the city’s main airport contracted the disease from a plane that arrived from Russia.


Zhong Nanshan, one of China’s best-known respiratory doctors and a government adviser said however an outbreak at Zhangjiajie after a performance in a packed local theatre is more concerning.


He said authorities should adopt more stringent tracing measures and added: “For the Delta variant, anyone who shares the same space, employer or building within the last four days should be considered a close contact.”