Fresh evidence of possible war crimes against civilians by Houthi rebels fighting in Yemen has been uncovered by Sky News.

In an extensive investigation, our team travelled hundreds of miles through armed checkpoints and rough terrain in Yemen to gather testimony from the families of victims, witnesses and survivors.

The investigation centres on – but was not confined to – the disputed city of Taiz, the country’s third-largest conurbation and once a cultural epicentre, which has seen some of the fiercest fighting during the six-year-long civil war. 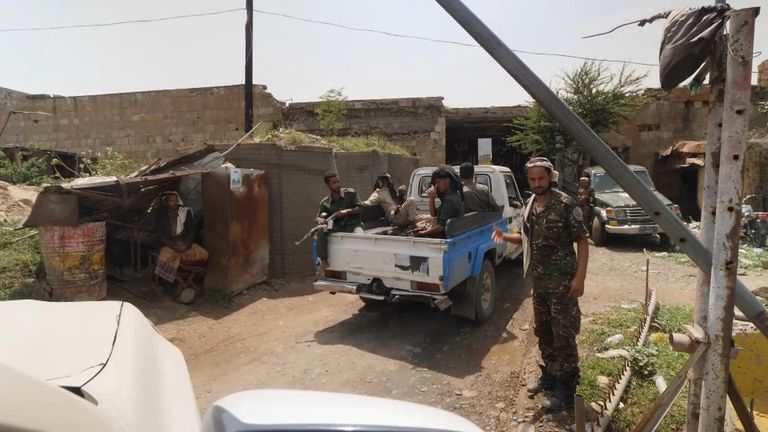 Taiz is still split with the opposing sides in the conflict controlling different areas of the city.

Human rights groups believe both sides (the pro-government troops backed by a Saudi-led coalition with the support of the US and UK, and the Houthi rebels, who are supported by Iran) are guilty of grave human rights abuses.

But in the pro-government area of Taiz, multiple people told us about recent Houthi actions which appear in direct contravention of international laws during wartime.

The Sky News team became the first foreign journalists since April to gain access to the city’s main jail.

The Houthi rebels are accused of an artillery shelling on a prison yard packed with female inmates and guards.

Six women died, including one female warden and a baby who’d been taken to visit her mother.

Several dozen others were injured. One female prisoner, who witnessed what happened and whose mother was killed in the attack, told Sky News: “It was carnage. The bodies were all in pieces.” 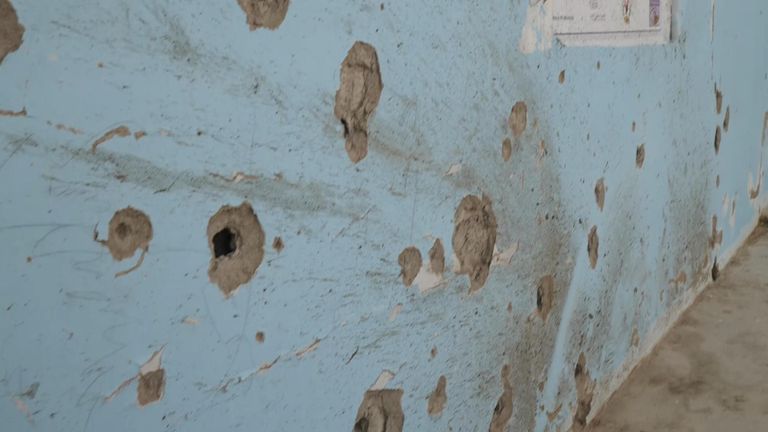 The walls of the open quadrangle were pockmarked with holes from the shrapnel. Prison authorities said more than half a dozen shells were fired from nearby Houthi positions.

We managed to track down two other survivors who are now in a safehouse in the city after female activists negotiated their release following the shelling.

All of the women we interviewed told us they’d been imprisoned unjustly.

One said she’d been jailed for having sex outside marriage; another after being raped by an iman (religious leader); a third told us she had run away after her family forced her to marry twice whilst still a child. (She is only 17-year-old). 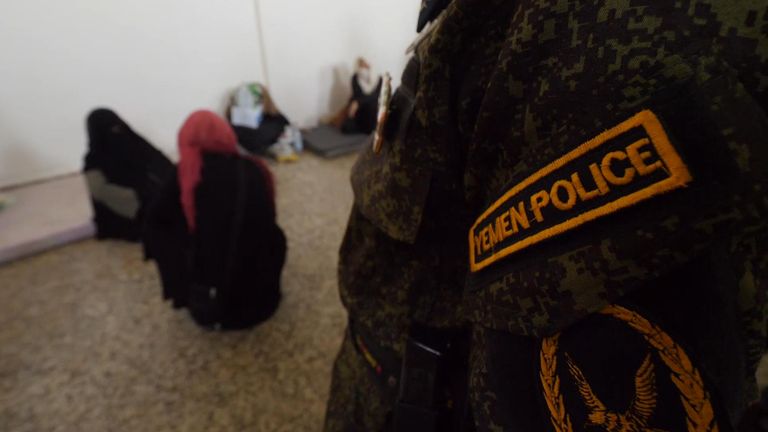 All spoke of the terror of being trapped in a prison which then came under fire. Attacks against any non-combatants is an international war crime.

A new centre has just opened in the city to cope with the rising number of amputees who’re continuing to lose limbs after triggering hidden mines left behind in their homes by the retreating Houthi fighters.

We saw Hind Yousuf getting her prosthetic fitted and practising walking with it in front of a mirror.

She told us she was returning to her home after Houthi fighters had been forced out and stepped on a landmine hidden near a wall. The explosion destroyed her left leg.

And she’s not even unusual in her family.

“The same thing happened to two of my relatives. (Both females). One of them lost both of her legs and another one lost one leg like me,” she says.

A young boy who looks around 10 years old told us how a sniper picked him out as he was taking the family’s rubbish out of his home. Ahmed points out the scars left from the bullet piercing his torso and exiting through his arm. 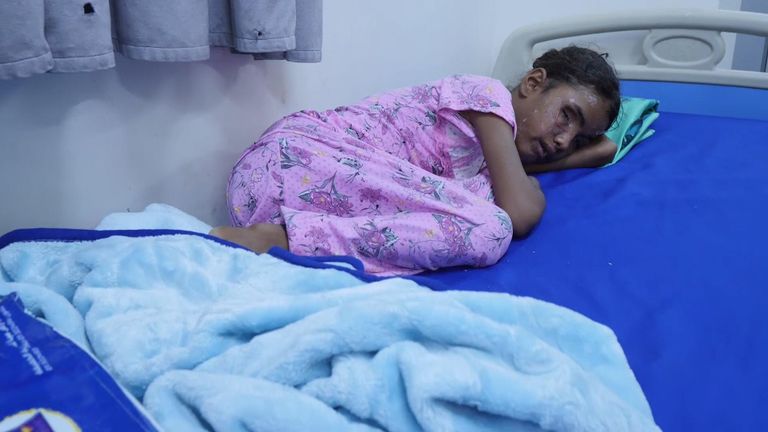 And in a hospital in Aden, we spoke to a little girl called Jameela who’d picked up a mine hidden in the field where she and her friends were playing.

Her father has 13 other children. He can’t remember how old she is but she seems very young to us, possibly eight.

She tells us in a quiet, childish voice how she saw the object and picked it up to look at it.

Within seconds, it had exploded in her face, destroying her right hand and sending shards into her face, blinding her in her right eye.

“There was nothing left of her hand,” Dr Ameen Alnaqib tells us.

“She’d lost a lot of blood. It’s a miracle she’s survived to be honest. We didn’t expect her to make it through the operations.”

Now he’s worried how a little girl with so much already against her will survive and thrive in this war-torn, impoverished country.

“Life is so difficult already for everyone in Yemen. I have no idea how Jameela will be able to cope.”