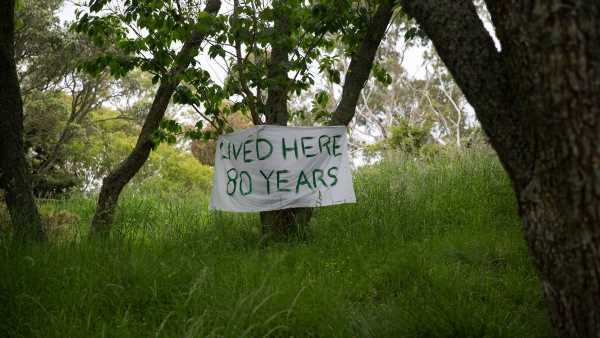 Devolving power to co-governance structures is proving polarising, and accusations are flying thick and fast.

The truth is far more nuanced, so taking a simplistic Māori versus the others’ view ultimately disenfranchises nearly everyone, including – ironically – many Māori.

This is because potential benefits are undermined by flaws in the co-governance mechanism itself.

In some cases, there is a lack of integrity in its application, as evidenced by Tāmaki Makaurau Auckland’s pre-eminent co-governance body, Tūpuna Maunga Authority. This entity administers 14 maunga (volcanic cones) returned to a collective of 13 iwi and hapū (“Ngā Mana Whenua”) in a 2014 Treaty settlement. That settlement required the lands to be held for the benefit of all Aucklanders.

As a ratepayer-funded co-governance body, Tūpuna Maunga Authority equally comprises Mana Whenua representatives and elected Auckland Council ones (whose role is to represent ratepayers, including Māori from other iwi).

A recent judicial decision found the authority and Auckland Council both acted unlawfully by not consulting about the intention to remove all of Ōwairaka/Mt Albert’s 345 exotic trees and issuing a non-notified resource consent to do so.

The authority plans to rid Auckland’s maunga of some 2500 exotic trees.

However, the ruling only applies to Ōwairaka, so non-notified resource consents remain live for felling trees on Puketāpapa/Mt Roskill, Otāhuhu/Mt Richmond, and Te Tātua a Riukiuta/Big King and, likely, more to come.

It has since applied for leave to appeal to the Supreme Court.

Being Māori, my default position was to regard a co-governance structure like Tūpuna Maunga Authority as a positive step forward for our people, so it has been disappointing to discover most Māori are still left with no voice.

Structural shortcomings in the current approach to co-governance have caused this and other issues.

The first problem is the authority is a Crown construct rather than informed by Māori cultural principles. Thus, its practices undermine rather than support our own traditional values and practices.

In the Ōwairaka case, court documents show no evidence of the authority having consulted around plans to remove all exotic trees– not even with representatives of the Mana Whenua iwi it purports to represent.

Traditional Māori protocol would have subjected such a significant decision to considerable consultation and discussion. Although more weight may have been given to some voices, it was seen as everyone’s responsibility to care for Papatūānuku the Earth Mother because all an area’s longstanding residents would have assumed a degree of kaitiakitanga (guardianship) for the local resources.

By failing to consult, and undermining those who disagree with its proposed actions, Tūpuna Maunga Authority – enabled by Auckland Council – is acting in poor faith.

The second lesson lies in the need for equal partnership in any co-governance relationship. Ratepayers fund the authority at least $10 million to $12m annually so its elected Auckland Council members are there to represent Aucklanders’ best interests.

Yet the council as a whole, and its representatives on the authority, have largely absolved themselves of those responsibilities.

While this is probably well-intentioned, it is also deeply patronising and appears misled in its approach to honouring its Treaty obligations.

Aucklanders want to be included in Tūpuna Maunga Authority conversations. Not contrived “consultations” where communication is carefully manipulated and controlled and outcomes pre-determined, but face-to-face discussion and respectful debate as would happen on the marae.

By using a poorly designed mechanism to try and provide sovereign restoration for the Crown and some Māori, this co-governance model effectively replaces colonial violence with another form that shifts power to a place that disenfranchises nearly everyone.

Of even greater concern is how this co-governance is being implemented at the expense of te taiao – the environment – as can be seen in the authority’s determination to destroy all exotic trees on Auckland’s maunga.

The Māori worldview sees every living thing as connected and people are part of that balance.

We all have a duty of kaitiakitanga for Papatūānuku, including her native and exotic flora and fauna. Refocusing co-governance models on this approach benefits everyone because caring for the environment teaches us how to care for each other.

The Tūpuna Maunga Authority example shows the importance of resisting further colonising models and, instead, indigenising what models such as co-governance could look like.

That means stepping back, getting the basics right, and acting in a way that brings people on the journey rather than dividing them further.

This would involve going back to core Māori cultural principles of putting environmental wellbeing at the centre of decision-making in a way that supports Māori rights to flourish in our own land, while at the same time strengthening relationships between all peoples, places, and the Earth itself.

Although it may be difficult, having courageous and respectful conversations that value all perspectives – even those we find personally distasteful – is a necessary start.

• Yo Heta-Lensen (Ngāpuhi, Ngāti Hine ā Hine-ā-Māru) is a senior lecturer at Unitec’s School of Community Studies and a supporter of Honour The Maunga.