You’ll need plenty of chips to go with that! Enormous halibut weighing a whopping 15 stones is caught in the North Sea

A monster fish has been landed in Britain – weighing 15 stones.

The halibut weighing 95 kilograms – or 210 Ilbs was caught in the North Sea off Scotland. 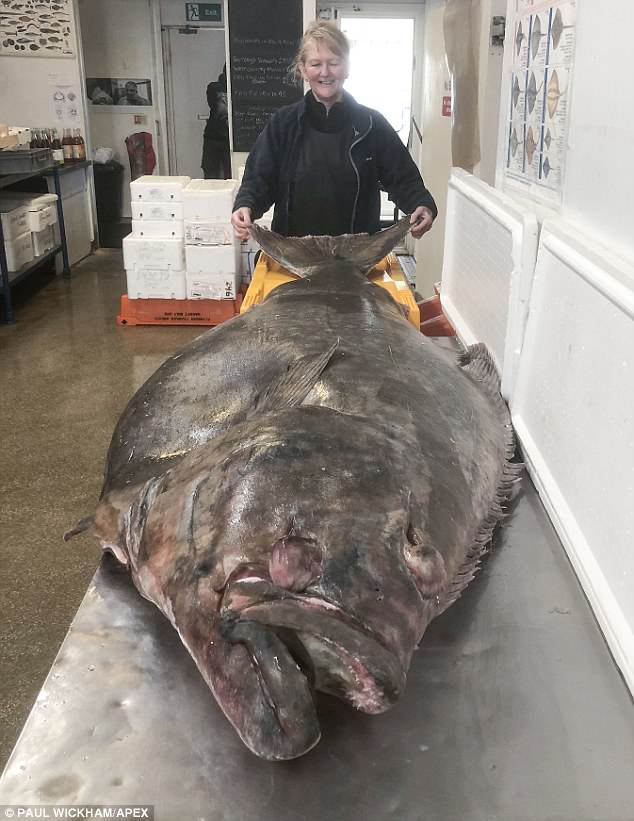 The halibut weighing 95 kilograms – or 210 Ilbs was caught in the North Sea off Scotland. It was delivered to Davy’s Locker in Bridport, Dorset

It was delivered to Davy’s Locker in Bridport, Dorset.

The halibut had been brought from Scotland on Tuesday and was caught in the North Sea.

Paul Wickham, from Davy’s Locker, said: “I brought it off a market in Scotland and it was transported down to us in a van.

“It weighs more than most of us.”

The fish is the second biggest that the team at Davy’s Locker have handled and will be sent to Alderney Farm Shop in Guernsey.

The company provides a delivery and preparation service before it is sent elsewhere. 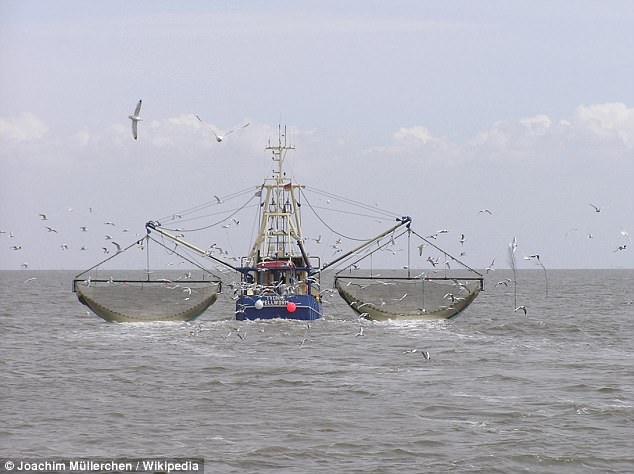 Halibut are a cold water fish that can be found around Iceland, Greenland and Scandinavian waters, as well as the North Sea.

They can also be found in American and Canadian waters.

They mostly feed by hunting other fish but will also eat crustaceans.

Evidence exists that halibut can grow to over 15 feet in length and weigh more than 700 pounds.

The minimum weight of a halibut is 10 kilograms when caught from the shore.