This is the incredible moment a young boy splutters back to life as lifeguards perform CPR on him after he almost drowned in a swimming pool.

The five-year-old stopped breathing after falling into the Bukit Batok Swimming Complex in western Singapore.

The boy’s panicked father pulled his lifeless body from the water with the help of two lifeguards.

A video of the battle to save the boy’s life was posted to Facebook by a user named Wong Chee Chai.

The shocking video shows the boy’s lifeless body at the edge of the poo.

The two lifeguards, a man and a woman, are seen trying to save his life.

The father slaps the boy’s back attempting to get the water from his lungs, and he gets the kiss of life until a lifeguard can attach a breathing device to the boy. In astonishing footage the child is pulled from the pool, his body limp and soaking 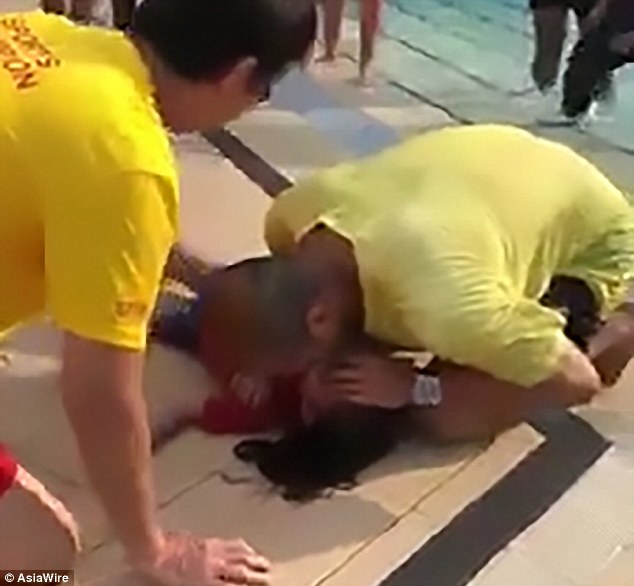 And just as it looks as if it is too late, the boy suddenly lets out a piercing cry. He is alive and his father rushes in to pick him up and hug him.

A spokesman for the swimming pool said the boy was taken to hospital and is expected to make a full recovery.