A British youngster has drowned in an Algarve swimming pool.

The child was pronounced dead after being pulled out off the water at the tourist complex near the historic town of Silves.

The alarm was sounded just after 4.30pm on Saturday at the four-star Amendoeira Resort in Alcantarilha, a 10 minute drive from Silves and close to the Monchique Hills.

Emergency responders raced to the scene and attempted CPR with no success.

Medical sources said the youngster was a boy, but local reports described the child as a girl and said she was playing in the pool with two siblings. 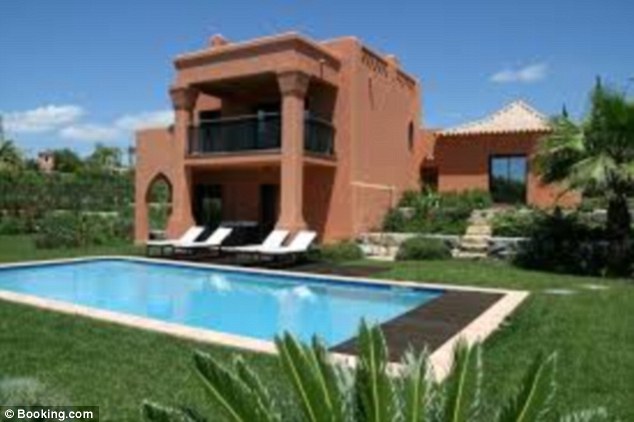 The alarm was sounded just after 4.30pm on Saturday at the four-star Amendoeira Resort (pictured) in Alcantarilha, a 10 minute drive from Silves and close to the Monchique Hills

The child is thought to be five, although a conflicting local report described the youngster as 10.

Amandeoira Golf describes itself on its website as the Algarve’s finest resort for golf lovers, sports enthusiasts and families. The nearest beach is Armacao de Pera.

GNR police launched a routine investigation but said everything was pointing towards the death being a tragic accident.

A receptionist at the golf resort said no one was available for comment.

Earlier this month a 57-year-old British holidaymaker died at a swimming pool at an apart-hotel in Alvor, near Portimao.

He was on holiday with his wife who was thought to have witnessed the tragedy.

The incident happened at Vila Marichique, a quiet private complex a short drive from the centre of Alvor and the sea.