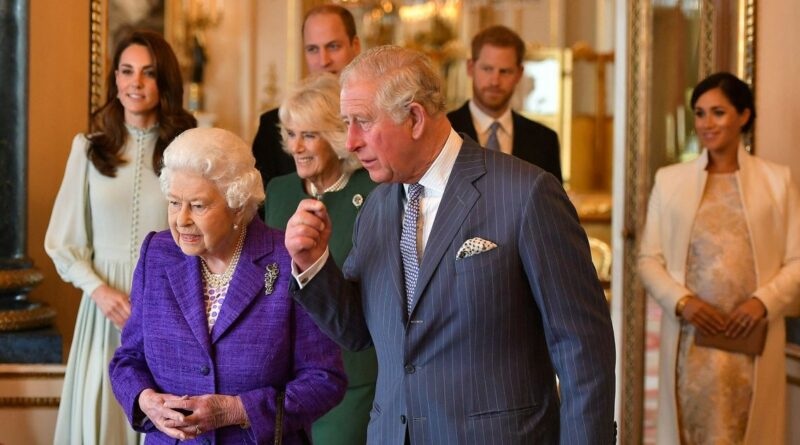 A growing number of young Britons want to ditch the monarchy as royal support falls in some age groups, a new poll has found.

More than 40% of 18-24 year olds are in favour of an elected head of state instead of a king or queen in the future, according to the survey by YouGov.

Only 31% back the continuation of the monarchy rather than a representative voted in by the people.

The research showed that support for an elected head of state was swollen among young adults over the past two years.

It has overtaken the number of 18-24 years old backing the monarchy for the first time since YouGov has been asking the question.

Shortly afterwards followed Prince Harry and Meghan Markle's dramatic decision to quit as working members of the Royal Family in a move dubbed Megxit, with an explosive tell-all interview with Oprah Winfrey following in March 2021.

The Queen has reigned for an astonishing 69 years and is preparing to mark her Platinum Jubilee on the throne next year.

She is the UK's longest-reigning monarch with only three monarchs in the history of the world bettering her longevity.

Despite a decline in support for the monarchy from young people, the country still backs the Queen and her heirs Prince Charles, Prince William and Prince George overall.

More than three in five people (61%) support the monarchy, while only 24% would vote for an elected head of state.

Opinions among people aged 25 to 49 have only shifted slightly, with more than half (53%) now in favour of retaining a sovereign as head of state – down from 58%.