This is the nerve-jangling moment a child balances precariously on the 7th floor window ledge of an apartment block in Brazil.

Gobsmacked onlookers filmed the terrifying scene as the child crept out of the window in the city of Goiania.

The remarkable footage shows the young child tip-toe out onto the ledge hundreds of feet above street level before slowly walking along to the edge of the window frame.

They then close the shutters behind them and can be seen standing motionless on the edge of the narrow sill, at one point raising a leg so as to stand on one foot.

As the camera pans out – it becomes clear just quite how high up the child is playing on the ledge.

According to local media, after spotting the child balancing on the ledge, the building manager went up to the seventh-floor-apartment to check on them. 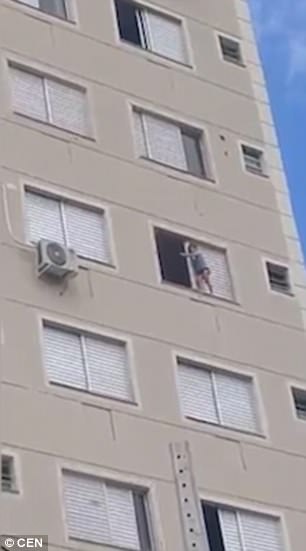 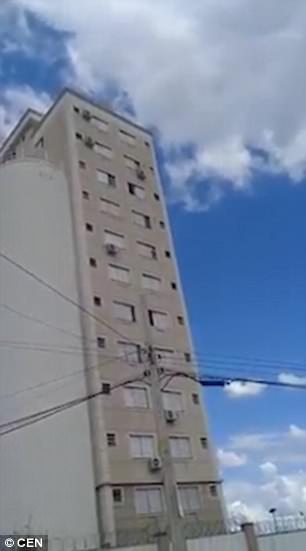 Vertigo-inducing: The child clambered out of his window seven floors up but appeared unfazed by his proximity to certain death

The unnamed child reportedly managed to get themselves back into the flat without injury.

It is unclear if the child’s carers were in the flat when the terrifying incident occurred.

One online viewer Jose Roberto Sirico commented: ‘Where are the parents or carers?’