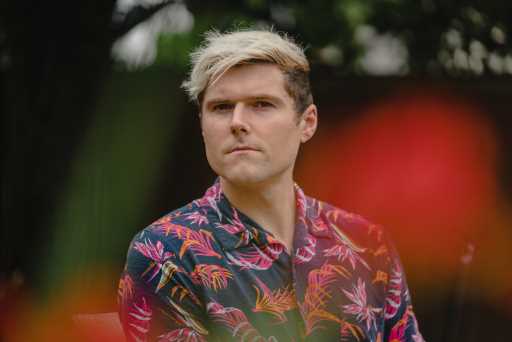 It’s been nearly a year since Young Life — a Colorado Springs-based Christian ministry that runs camps and youth groups around the world — announced the creation of a council in response to a viral movement that alleged organizational discrimination against LGBTQ people.

The council, Young Life leaders said, would listen to the hundreds of stories pouring out on social media, stories of queer youth describing the rejection and heartbreak of learning they couldn’t be gay and also serve in leadership roles.

The organization apologized to those hurt during their time in Young Life, and pledged “a long process of review, reflection, repentance and reform.”

Last month, that council — whose members were never publicized — sent out a confidential document to top staff, clarifying for the first time in detail Young Life’s “sexual conduct policy.” The document, which was not publicly released but has been reviewed by The Denver Post, says “same-sex attracted, celibate people can be considered as candidates for staff and volunteer leadership.”

But the organization goes on to say that leaders “pursuing same-sex romantic relationships is out of alignment with the spirit of the Sexual Conduct Policy” and calls homosexuality “an example of the distortion that results from humanity’s rejection of God.”

This document, however, was only sent to high-ranking Young Life staff and is watermarked with staff members’ ID numbers, the copy-and-paste feature disabled. It doesn’t appear on the organization’s website.

For Kent Thomas, whose Instagram post last year launched the Do Better Young Life movement, and other LGBTQ-affirming current and former staff, the document portrays an organization trying to delicately toe a line that cannot be walked.

“Young Life can’t have it both ways,” Thomas said. “Their policies and theology reject LGBTQ persons’ humanity. That’s the end of the story. Young Life needs to stop pretending it’s a place for queer kids because that’s what leads to the bait-and-switch.”

The memo outlines the organization’s stance on sexuality based on its interpretation of scripture, delves into Q&As about how to handle LGBTQ campers and what it means for staff to support these policies.

While saying “same-sex attracted, celibate people” can be considered for leadership positions, the organization said the decision should happen in conjunction with the individual’s supervisor and human resources.

Young Life, the organization’s leadership wrote in the document, “is committed to sharing the gospel with every young person, whatever their sexual or gender identity, attraction or behavior.”

But soon after calling attention to one of the organization’s core values — an acceptance of “all kids” — the document goes on to describe in detail the biblical basis for Young Life’s position on same-sex marriage and LGBTQ affirmation.

“Paul (the Apostle) identifies homosexual behavior… as ‘unnatural’… an example of the distortion that results from humanity’s rejection of God,” the document states as one example. “Unnatural is explicitly defined as males with males, and females with females.”

In the Q&A portion of the policy, Young Life says leaders pursuing same-sex relationships are “out of alignment with the spirit of the Sexual Conduct Policy.”

And the organization expects leaders to “refrain from posting or supporting anything contrary to the policy” — even on their personal social media accounts.

Young Life representatives declined multiple interview requests. In a statement, the organization said it’s committed to “kids from all walks of life” and that it is working to make sure leaders “support Young Life’s beliefs, tenets and policies on a wide range of theological issues,” including human sexuality.

“We are providing the leaders of our 8,500 local ministries with new resources and additional training to ensure they are equipped to create an environment in which every young person, regardless of sexual or gender identity, race, background or other factor, is welcomed with the love and understanding of faithful adults who personally demonstrate the compassion and truth of Jesus in both relationships and activities,” the organization said.

This updated statement on its response to the Do Better Young Life movement is not directly linked from the organization’s homepage. Young Life, in an email, said it can be easily found via Google search.

Several current and former Young Life staffers told The Post that this internal document, coupled with an affirming public statement, only seeks to further trick queer youth into believing the organization is accepting of LGBTQ individuals.

“My initial reaction is that it felt gross,” said Kyle “KJ” Johnson, a former staffer who spent 14 years with Young Life before quitting last summer. “The question is: Do I trust Young Life with all kids? I used to think yes… but now it’s an absolute no.”

A current Young Like staff member, who spoke to The Post on the condition of anonymity for fear of reprisal, said the theological explanations in the documents made clear that the organization doesn’t represent a diverse set of denominations, as it pledges to do.

“They’re taking a really hard stance when it comes to their biblical understanding,” the staffer said. “Which to me is not ecumenical — it seems like conservative theology.”

When Thomas, the leader of the Do Better movement, read Young Life’s statement and the confidential memo, he flip-flopped between anger and sadness. He also expressed alarm at portions of the document that talk about possibly putting transgender campers in their own cabins or Young Life informing parents that their children may have gay bunkmates.

The hope, Thomas and others said, is that Young Life simply publishes the internal document so the public can know where the organization stands.

“I grew up in this environment,” Thomas said. “I talked with people high up in Young Life, people who helped write this document. To know even after hearing my personal story and hundreds of other stories through Do Better Young Life, they’re still writing this really harmful policy — that hit me in a deep, emotional way. Not even our heartfelt stories could help change their mind.”