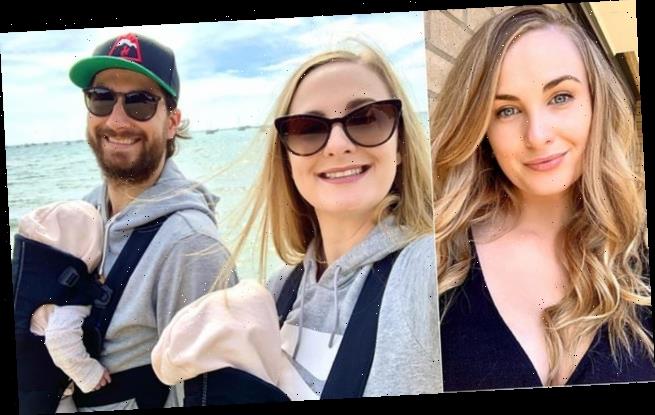 Family are torn apart as motorcyclist is killed in horror smash leaving his fiancée to bring up their son, 7, and 7-month-old twins alone

A young mother has been left to raise her seven-year-old son and six-month-old twins alone after she lost her partner in a freak motorcycle accident.

Ayla Miers’ fiance Adam Rischitelli came off his motorbike while riding through Winchelsea, an hour south of Melbourne, on Saturday afternoon.

The family – Ms Miers, 29, Mr Rischtelli, son Ari and six-month-old identical twins Alivia and Audrey – jokingly called themselves the ‘A team’ before the tragedy. 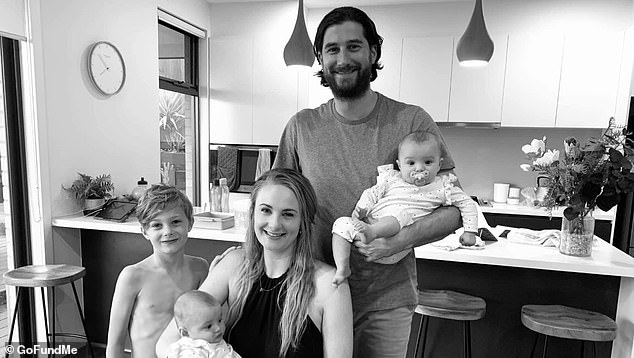 Ms Mier, 29, lost her fiance Adam Rischitelli to a tragic motorcycle crash and has been left to raise son Ari (left) and her six-month-old twins Alivia and Audrey 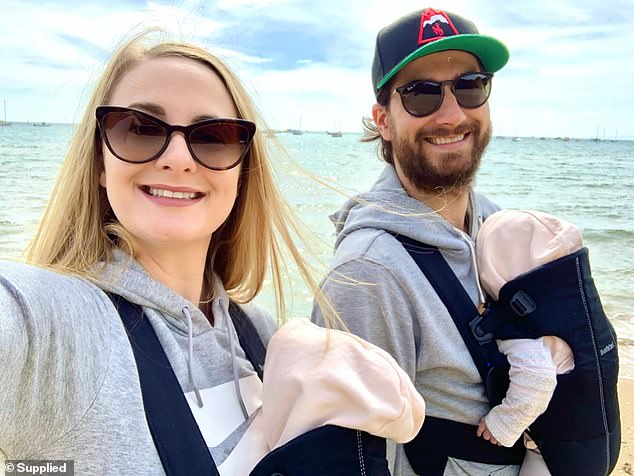 Ayla Miers’ fiance Adam Rischitelli (pictured left) came off his motorbike while riding through Winchelsea, an hour south of Melbourne, on Saturday afternoon

Victoria Police confirmed Mr Rischitelli was travelling north on Winchelsea-Deans Marsh Road when he came off his bike and crashed into a tree on March 20.

‘The motorbike was engulfed in flames and sadly the rider died at the scene’, police said.

‘He was the other half of my soul. He was the beating heart of our lives,’ she said.

The young family have received an outpouring of support from friends and loved ones, including generous donations from strangers. 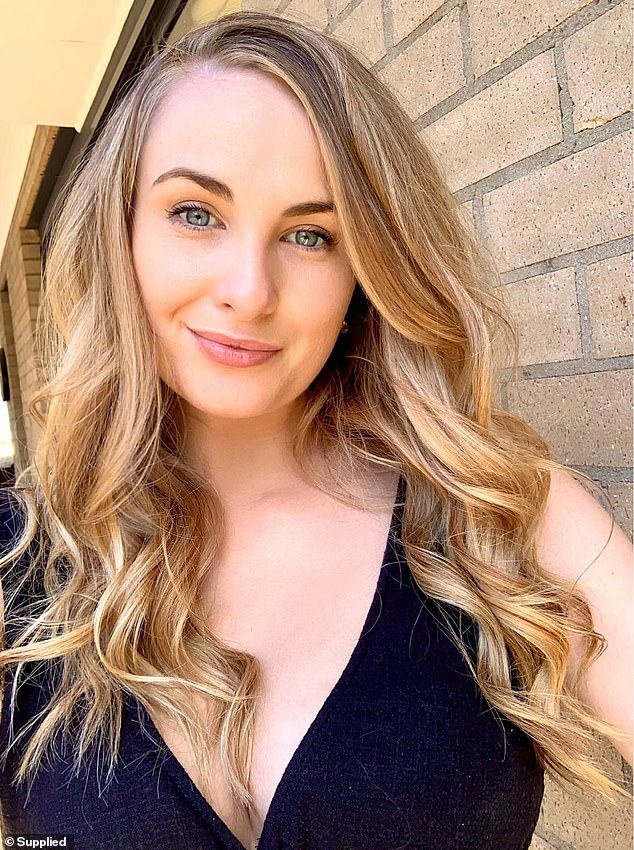 Ms Mier (pictured) has been left to raise son Ari and six-month-old identical twins Alivia and Audrey, after losing a vital member of what the family jokingly calls the ‘A team’

Ms Mier’s Aunt and friend Kate have created a GoFundMe page to raise money for the young family, and have received over $90,000 in donations in just three days.

The fundraiser will aim to raise $200,000 which Ms Meirs said would be used to provide a stable life for her children, including their schooling and the mortgage.

‘It is going to take me a long time to process the overwhelming support we are receiving. I cannot express in words what it means to us’, Ms Mier said.

‘Adam just wanted them to be happy and stable and that’s what will happen.’

Ms Mier also posted a tribute to her beloved on Facebook, addressing the post to all of the couples friends and family.

‘He was the best father, son, partner, friend, colleague that anyone could have ever asked for. He was and always will be incredibly loved’, she wrote.

‘Adam’s legacy will live on through his twin daughters he has left behind and his Step son. We will stay strong, we will grieve but we will not dwell.

‘He often told me not to dwell as life is too short. He was and is right. The memories of him will never leave us and will make us laugh, cry and love infinitely.’ 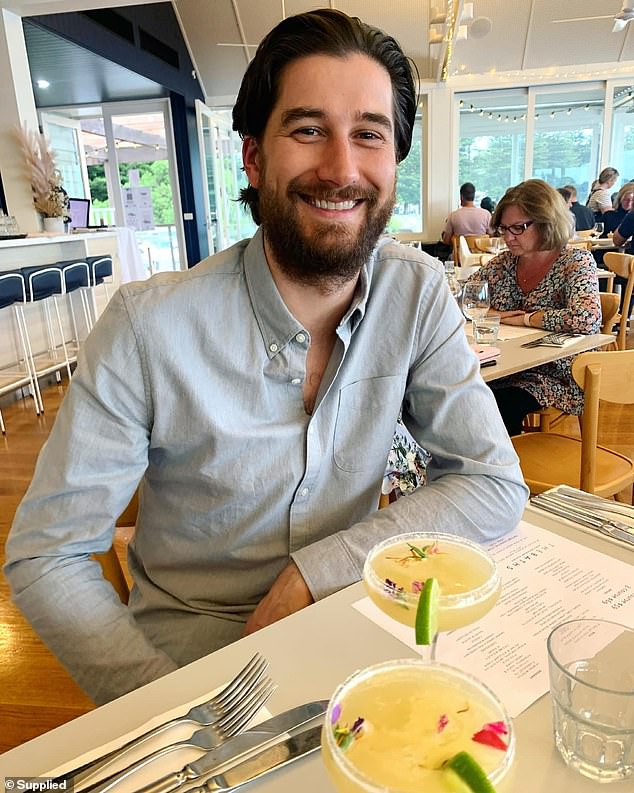 Ms Miers said Adam (pictured) ‘was the best father, son, partner, friend, colleague that anyone could have ever asked for. He was and always will be incredibly loved.’