There was no immediate comment from the government or from the military which kept up patrols and checkpoints in both cities on Wednesday morning. The police and military have denied past accusations of using excessive force.

Lawyers and activists say police and soldiers have killed at least a dozen people, wounded scores and arrested hundreds since demonstrations began 10 days ago following a sharp increase in the price of fuel. Police say three people have died during the protests.

The statement raised fears that the country is reverting to the authoritarianism that characterised the rule of Mnangagwa’s predecessor, Robert Mugabe.

Residents in two Harare townships and a neighbourhood in Bulawayo said soldiers beat people walking in the streets on Tuesday night.

“Soldiers just appeared in a truck and started beating up people at the shopping centre. They told everyone to go home and sleep,” a resident from Glen Norah township in Harare, who declined to be named, told Reuters news agency.

“I was lucky because I managed to escape but this is really cruel.”

Mother-of-two Thabitha Mpofu told Reuters that some of the security services out in Bulawayo’s Mpopoma area wore black ski masks. “I saw them beating pedestrians last night. People are now scared to go out at night.”

The Zimbabwe Human Rights NGO Forum said a woman was arrested by detectives in the capital’s Kuwadzana township on Tuesday night and accused of preparing food for protesters.

Mnangagwa had promised earlier on Tuesday to investigate the security services’ actions against anti-government protesters and called for a “national dialogue” with churches, civil society and the opposition. 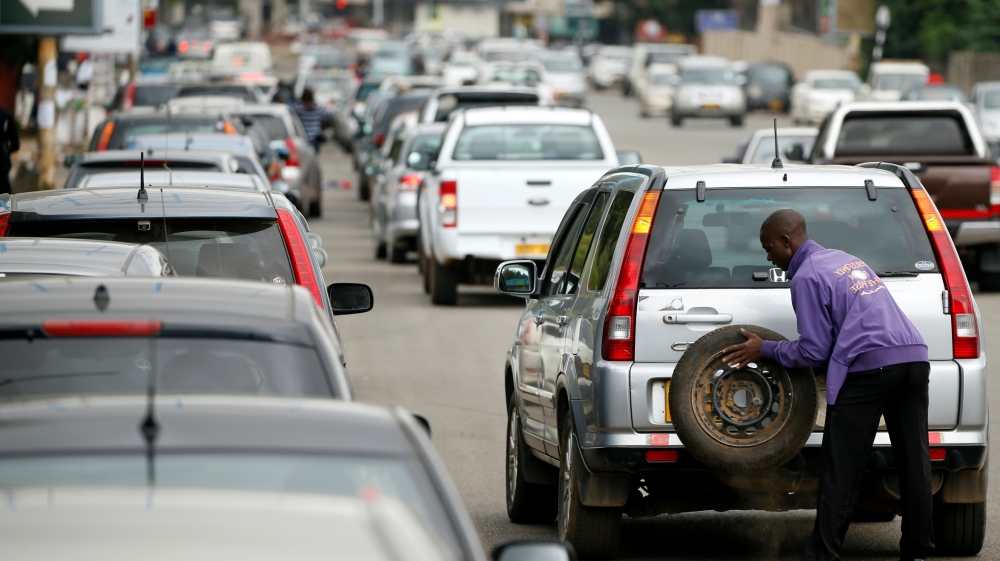 Zimbabwe’s legal system was also in focus as a court postponed a bail application by activist pastor Evan Mawarire on Wednesday and hundreds of others arrested during the crackdown awaited trial.

Mawarire, who rose to prominence as a critic of Mugabe’s rule, was arrested on Wednesday last week and charged with inciting violence to subvert the government – an offence punishable by up to 20 years in prison.

Mnangagwa promised during campaigning for the July 2018 presidential vote to repair the economy and break with Mugabe’s politics.

But a spokesman for the president said on Sunday the crackdown was a foretaste of how authorities would respond to future unrest.

Protests were kindled by a sharp rise in fuel prices last week. With high inflation and a shortage of cash in circulation eating into ordinary Zimbabweans’ spending power, the fragile state of the economy is at the heart of the country’s political troubles.