A FIRE has ripped through a zoo causing visitors and animals to be evacuated.

Flames were seen “pouring out” of a soft play centre at Fife Zoo in Cupar this afternoon. 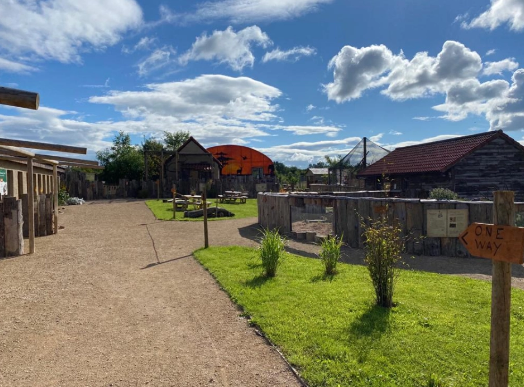 Witnesses said marmosets were taken out of a nearby enclosure by keepers while visitors were led away for their own safety.

Four fire engines were spotted dealing with the zoo blaze.

An eyewitness told the Edinburgh Evening News: “There is smoke and flames pouring out of the soft play building.

“Luckily the keepers were able to evacuate the marmosets safely.Their enclosure was closest to the site of the fire.

“The keepers were able to It looked at one point like the firefighters had got the blaze under control, but the flames have now taken hold of the building.